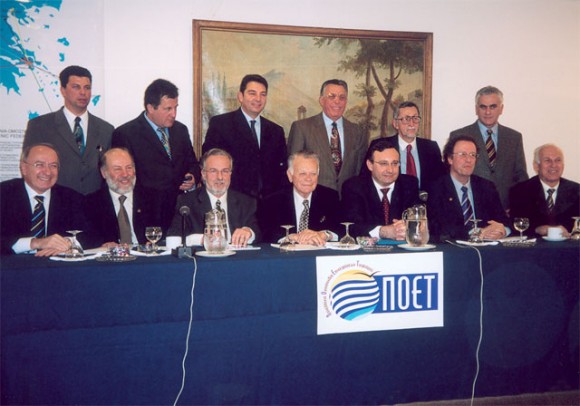 Representatives of the associations who are members of the Panhellenic Federation of Tourism Enterprises during their recent general meeting.

eading members of Greece’s tourism community attended the recent general meeting of the Panhellenic Federation of Tourism Enterprises (POET) held in Athens. Speakers laid out the various problems the industry presently confronts and strongly suggested that the public sector cooperate more closely with the private sector to solve these problems.

Just one day previous to the meeting, the federation’s president, Marios Trivizas, along with some board members, met with the development minister secretary to discuss relevant problems.

Among these were the problems with regional authorities. The federation’s members laid out the problems and ways were suggested to solve many, particularly with regards to tour coach operation.

Other subjects discussed included the need for legislation so tour leaders from outside the European Union could work here, and the need for a tour guide school as there is a dire need for guides that speak a variety of foreign languages.