Tourism Leaders All For Tourism Museum 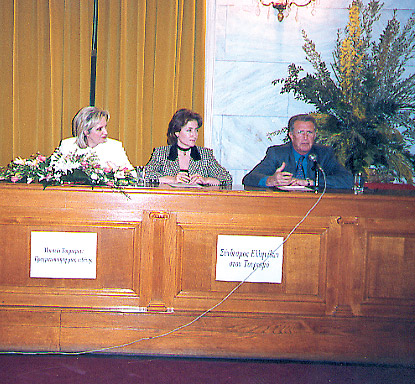 At a recent seminar held in the Old Parliament in downtown Athens tourism and political leaders gave their full support and are one hundred percent in favor of the Women in Tourism association’s proposal to create a Greek tourism museum.

Although the association has yet to find quarters to house the museum, it has had a plethora of offers from the public and private sector regarding possible tourism “artifacts.” The Hellenic Tourism Organization alone has tourism posters that go back about 50 years. Once created, the museum will be the first of its kind on a European level and it should prove to be a strong tool in promoting tourism to Greece.

Speakers at the seminar included politicians Christos Papoutsis, former EC commissioner responsible for tourism, and Theodoros Kassimis, former tourism minister. Professionals that gave their full support included Yiannis Stefanides, president of the Hellenic Tourism Organization; Vassilis Plevris, the president of the Hellenic Hoteliers’ Federation; and representatives from almost every other sector of the tourism industry, including Olympic Airways and the Association of Greek Tourist Enterprises.