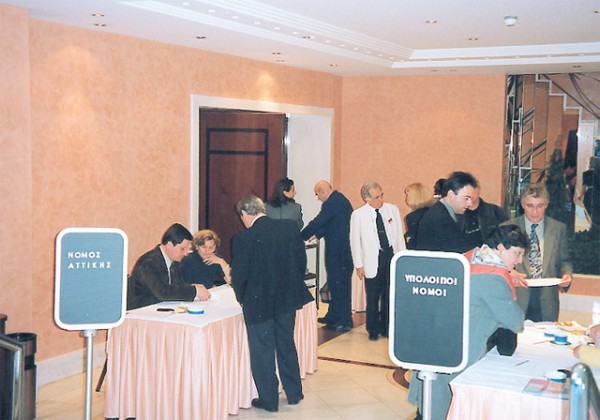 Never in its 70 years of history did the Hellenic Association of Travel & Tourism Agents (HATTA) see so many members attend a general assembly as it did last month. Reasons for the strong interest varied.

Some say it was the superb organization, which pulled in record numbers from the provinces, while others say there was a general feeling that it was time for serious change.

Mr. de Blust concentrated his speech on the airline sector’s unwelcome policy of travel agency commission reductions and on electronic commerce as a way to survive and grow in today’s very competitive marketplace.

He said major airlines would concede to a fair commission only if the travel agency it works with deals and sells with that carrier’s air ticketing exclusively.

And although his confederation continues to fight and find solutions, Mr. de Blust strongly urged agencies to stop any dependency on airline tickets sales. He suggested Greek agencies follow the lead of their counterparts in central and northern Europe who charge fees for the various services provided. He added that airlines were disappointed in the number of ticket sales made through the Internet. He said Internet users found the time it takes to book a seat took too long, up to a full hour, and that even then they didn’t always find the best price. The best solution for today’s travel agencies, especially incoming specialists, said Mr. de Blust, is to concentrate on direct sales through the Internet.

About a week after the general assembly and elections, a new board of directors for the Hellenic Association of Travel & Tourism Agents was formed. The new board is as follows: