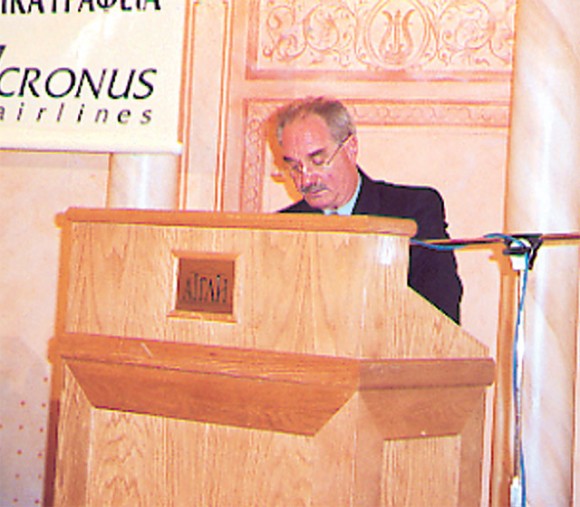 Hellenic Association of Travel and Tourism Agencies’ president, Yiannis Evangelou, opened the first of a number of seminars that center on travel agency problems in the marketplace.

The prospects for cooperation between travel agencies and the transport industry were raised at the first public discussion recently hosted by the Hellenic Association of Travel & Tourism Agencies (HATTA). Last month the association launched the first in a series of one-day seminars aimed at exchanging views and improving coordination within the tourism industry, as well as helping to solve problems that face the sector.

The impressive number of travel agents on hand demanded answers to problems faced regarding coastal shipping. These included what was described as the monopolistic policies followed by certain members of the passenger shipping sector, the lack of a unified bookings system, direct selling and the drop in commission rates. Other discussions centered on the merging of travel agents, and the Internet’s impact on the profession as a whole.

Transport representatives emphasized the good working relations they share with travel agents. The association’s president, Yiannis Evangelou, said that the two groups could use technological advances to their advantage, for example, in cutting costs. 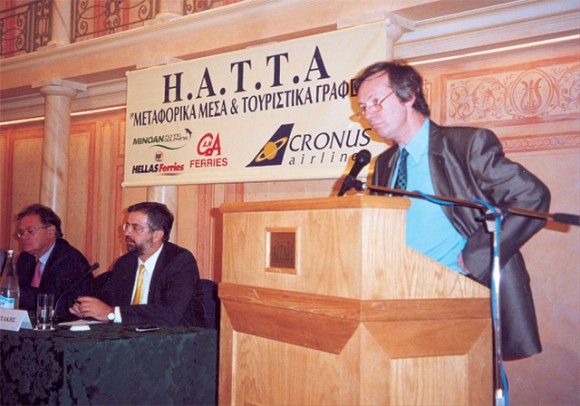 Harilaos Psarartis, managing director of the Port of Piraeus admitted there were problems at the port but he stressed that agents should appreciate the major improvements that have taken place over the last decade. To his right are Stelios Zampetakis, managing director of Anek Lines; and Pantelis Sfinias, chairman of the Coastal Shipowners Union and general manager of Minoan Lines.

Speakers agreed there was a need to revise the institutional and legal framework of the shipping industry. They said that upgrading ports like that of Lavrio and opening new ones would assist in easing Piraeus’ burden.

In the section concerning air travel, speakers noted that higher landing fees at the new international airport in Spata would increase general operating costs, making it Europe’s second most expensive airport to run.

During the forum on road transport, travel agents expressed dissatisfaction over the lack of coordination with the state-run transport system, the lack of modern services and the government’s inaction in terms of initiatives on coach travel.

Arrivals To Crete Down