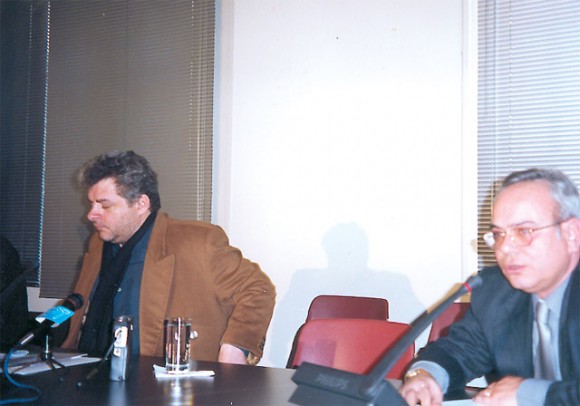 German commuters were wined and dined Greek-style on their country’s railways last month. Organizers hope the taste of Greece will tempt some of the commuters to spend their annual vacation in Greece.

This was second consecutive year that February had been declared “Greek Month on the German Railways,” all in an effort to further bolster Greece’s image as a travel destination in one of its most important markets.

Greek cuisine, accompanied by choice wines and other traditional beverages, such as ouzo, was  served on Germany’s three popular luxury train services – the Intercity Express, Eurocity and Intercity. Some 14 million people use these trains annually to make a total of 83.5 million trips.

The trains link German cities large and small and connect that country with other central European capitals and are favoured for their speed, comfort, frequent service and reliability. The promotion in Germany has a budget of 25 million drachmas. This covers the cost of the rights to hold such a promotion on the 392 rail cars as well as the production of glossy informational leaflets and booklets on Greek regions, Greek cuisine, and tourism products and services, which were handed out to rail passengers.