Twenty Greek tourism enterprises were honored at the 2nd Festival of Greek Tourism, organized by “Travel Trade Gazette Greece.” The plush event was held in December at the Athenaeum Intercontinental hotel.

Supported by the Hellenic Tourism Organization, this year’s event also featured the handing out of awards to restaurants on Corfu, Santorini, Rodos and Crete, all of which have helped raise the international profile of Greek cuisine. Additionally, Niki Goulandris was named “Personality of the Year” in honor of their contribution to the sector on a general scale. 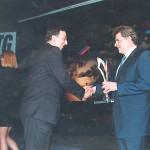 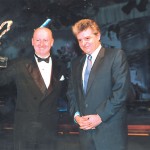 Campbell Black, general manager of the Athenaeum InterContinental, proudly waves the award he received for the best five-star hotel. It marked the second year in a row that his hotel picked up the award. 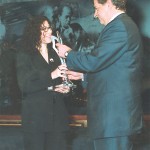 Tammy Al Herais, manager of the airline Emirates, proudly accepts the award, for the second year in a row, for the best airline in the Middle East. 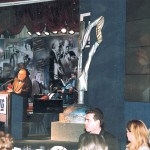 Manos Tsatsakis, publisher of TTG Greece and owner of the Manos Travel group, opened the Oscar-type travel awards ceremony but said that next year he hoped someone else would take over the event. 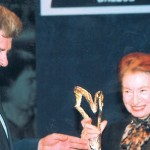 Niki Goulandris accepts her "Personality of the Year" award from Evgenios Yiannakopoulos, secretary general of the Hellenic Tourism Organization.