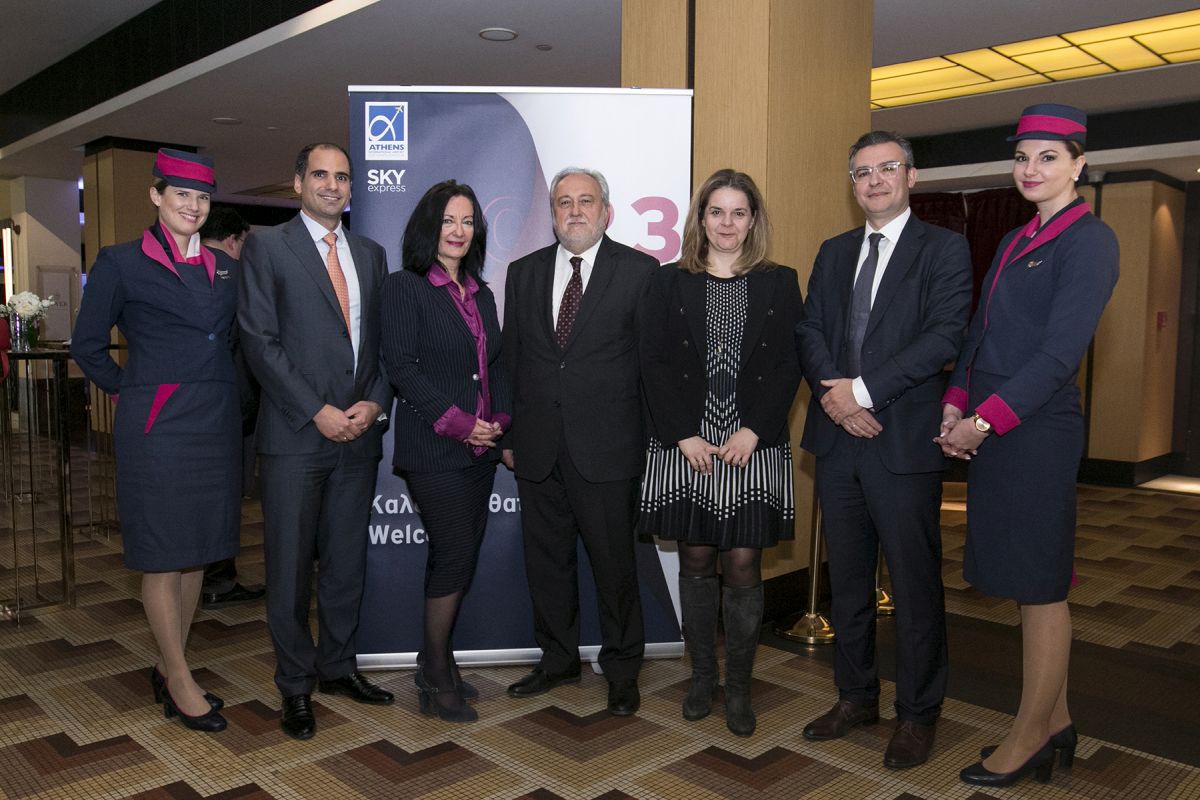 Speaking to journalists on Wednesday, SKY express Chief Commercial Officer Gerasimos Skaltsas highlighted that in 2020, despite the Covid-19 pandemic that led to a closed economy and had an overwhelming impact, the airline showed resilience and managed to design and carry out its investment plans, which included the addition of two Airbus A320neo aircraft into the fleet.

Referring to 2023, Skaltsas said that early booking data is already showing high travel demand for the summer on the back of the airline’s strong performance last year. 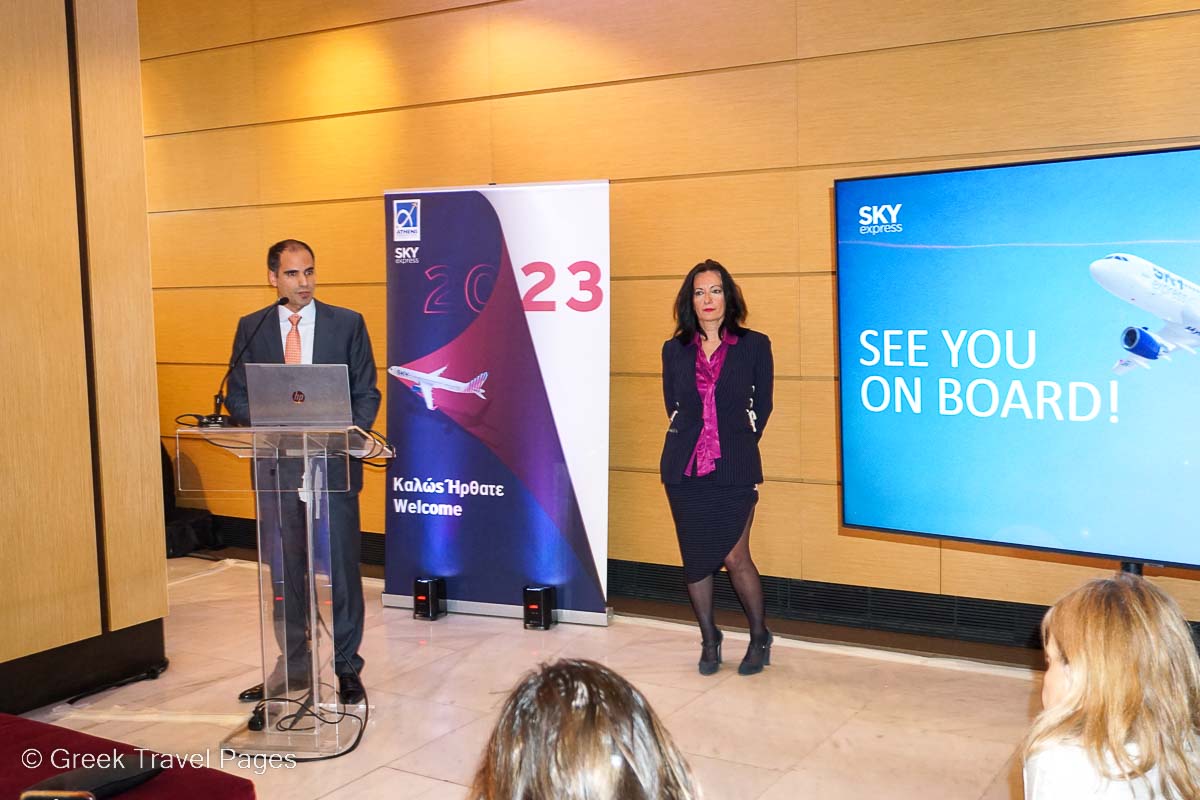 “Early bookings for the summer are very strong and this also concerns the markets that the company serves directly, such as France, the UK, Germany and Italy, but also markets with which we have interline agreements, such as the US and Asian countries,” he said, adding that summer 2023 will be “even stronger than that of 2022” based on the data so far.

Skaltsas said that SKY express is aiming to further expand its presence in Europe and that new routes should be announced towards the end of the year. 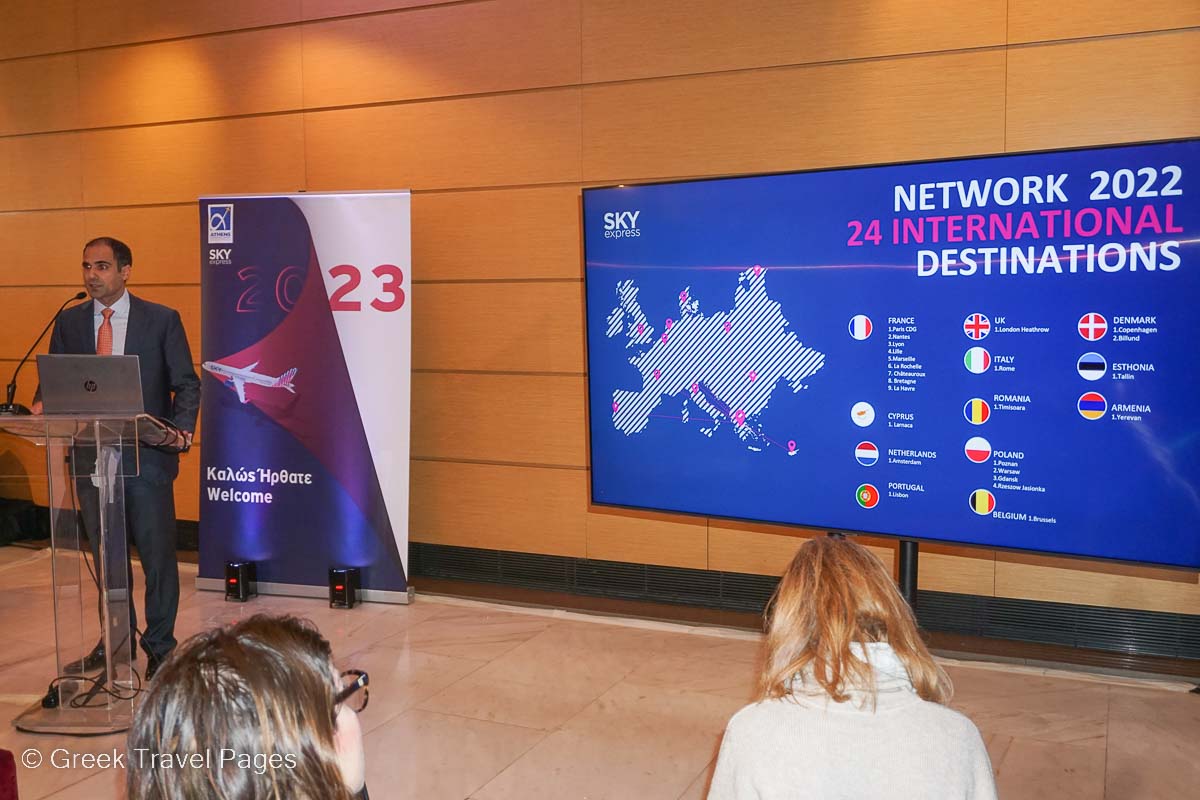 The company’s total estimated revenue in 2022 more than tripled accounting to 267 million euros, driven by higher growth in international flights, while average revenue per passenger almost doubled in 2022. The airline’s average load factor improved by 20 percentage points during 2022, demonstrating the dynamic of the company’s commercial proposal, its operational efficiency, but also contributing to the return of tourist traffic close to 2019 levels.

It should be noted that the company’s organic growth was followed by a strong increase in jobs that reached 619 in 2022, with 390 new hirings in the four-year period of 2019-2022, which includes the period of the pandemic. 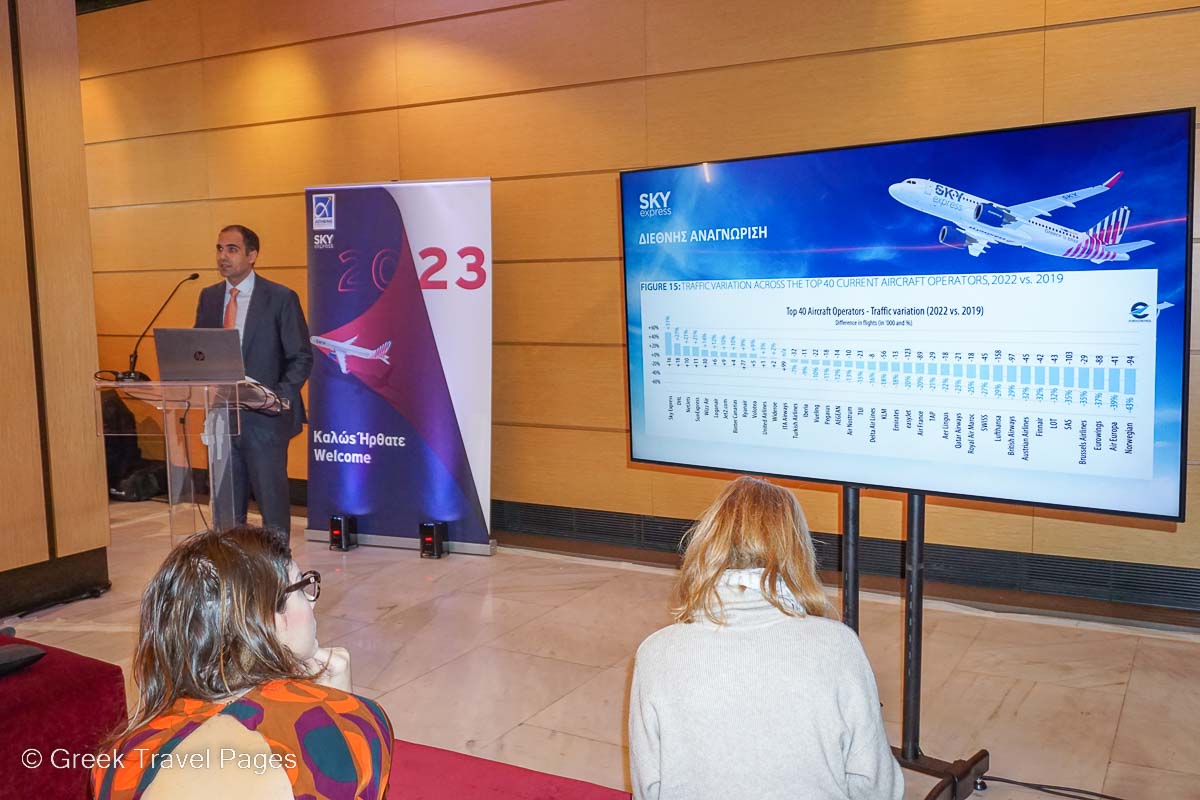 SKY express’ growth is also reflected in Eurocontrol data, according to which the airline emerged as the European company with the largest increase of flights in 2022 compared to 2019.

SKY express managed to consistently serve all its flights throughout the summer season 2022 (without any cancellations) contributing substantially to the development of Athens International Airport (AIA).

Therefore, based on data released by AIA, SKY express was ranked for the fifth consecutive year as the fastest growing airline. In addition, from 2019 to 2022, the company has transported 5,691,609 passengers to Athens Airport.

Speaking during the event, AIA Communication & Marketing Director Ioanna Papadopoulou highlighted the successful course of one of the airport’s “excellent airline partners” which expects even greater growth in 2023. 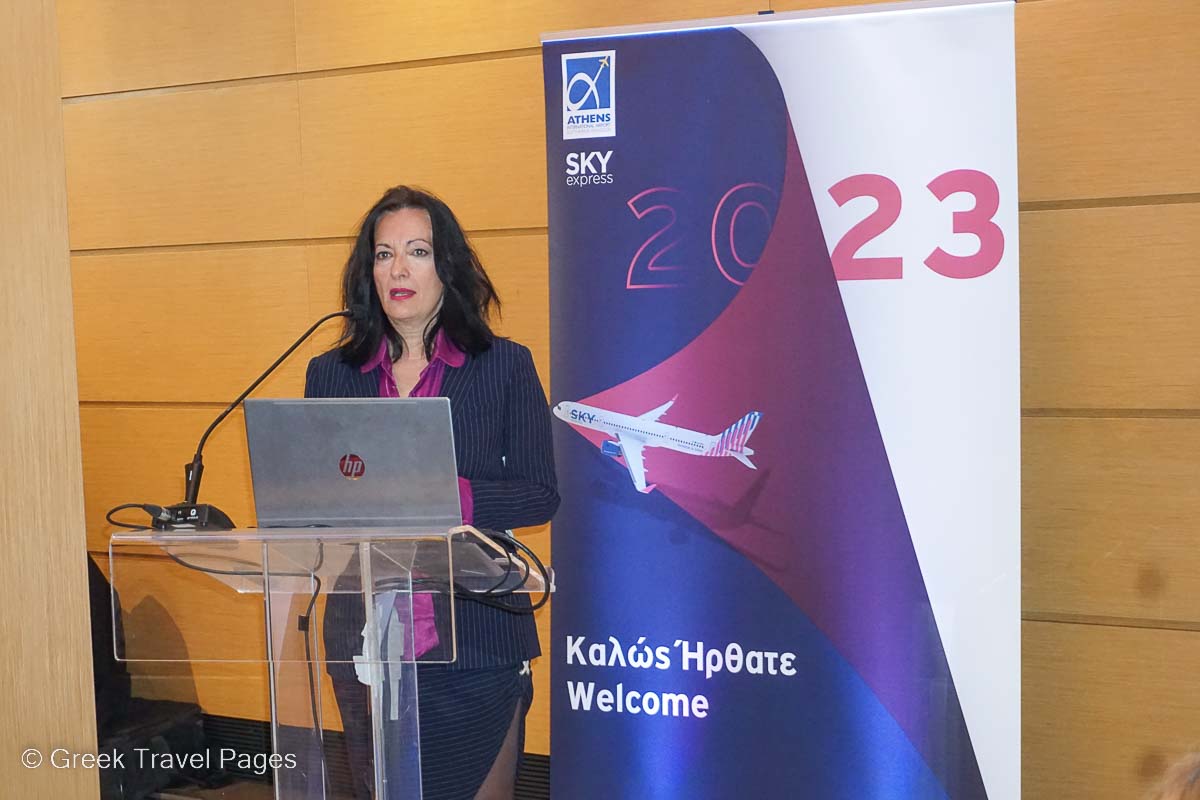 Presenting data on the airline’s progress, Papadopoulou said that the airline more than quadrupled its market share in Athens during the 2019–2022 period, showing a triple-digit growth rate.

“The company’s market share in AIA increased from 2.5 percent in 2019 to 13 percent today, ranking it in second place… This is particularly important and acquires even greater significance and value if we take into account that it occurred in a period of time, which was critical for aviation and tourism,” she said.

“SKY express is truly a unique success story for our airport, for our city and for the Greek and international aviation market,” Papadopoulou added. 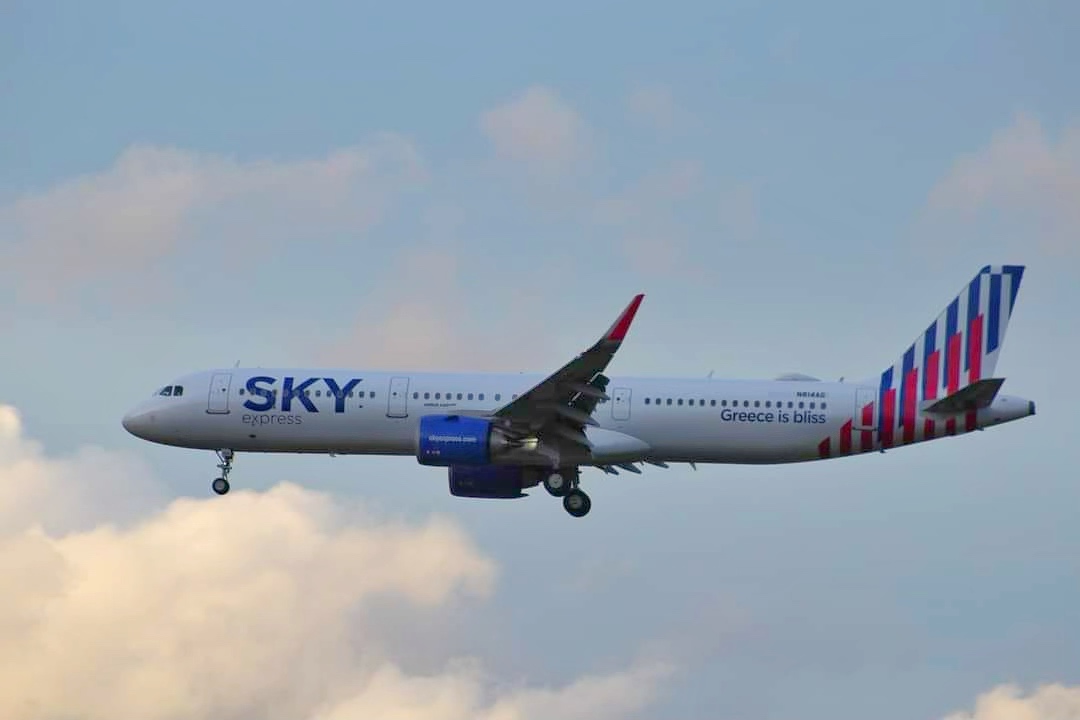 During the media event, Skaltsas announced that SKY express is set to take delivery of its first two A321neo aircraft in March and April 2023. The A321neo model is the largest version of the A320 family.

“The addition of our first two AIRBUS A321neo demonstrates our steady upward trend, which is constantly being shielded with new ideas, new products and skilled personnel so that we can plan our future with optimism,” he said. 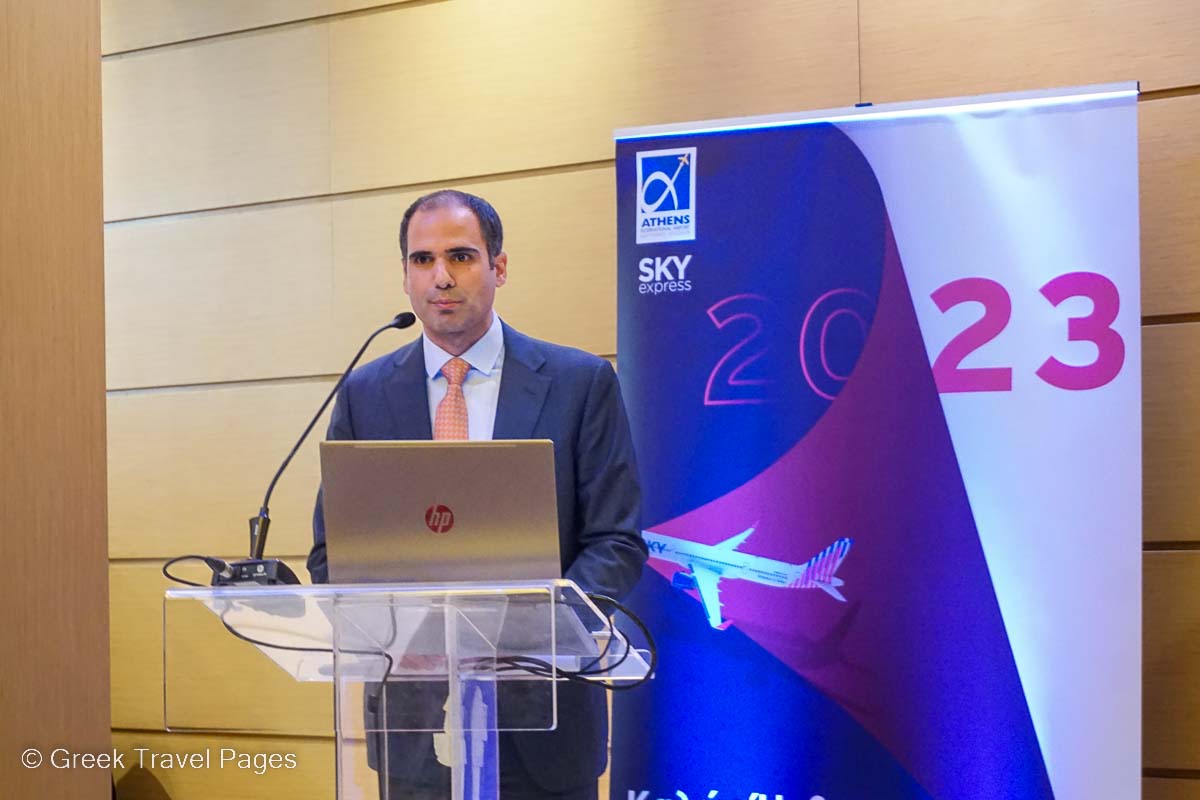 SKY express over the last two years modernised its fleet with the acquisition of 8 brand-new Airbus A320neo, one Airbus A320ceo and 6 ATR 72- 600, making one of the largest investments in the world in the field of aviation. With the addition of two Airbus A321neo in 2023, the SKY express fleet is set to number 23 aircraft, continuing to operate the youngest and greenest fleet in Greece and one of the most environmentally friendly fleets all over Europe.

The A321neo has an enhanced environmental performance, including a 25 percent lower fuel consumption per seat, 5,000 tonnes less CO2 per year and a noise footprint that is 50 percent lower.