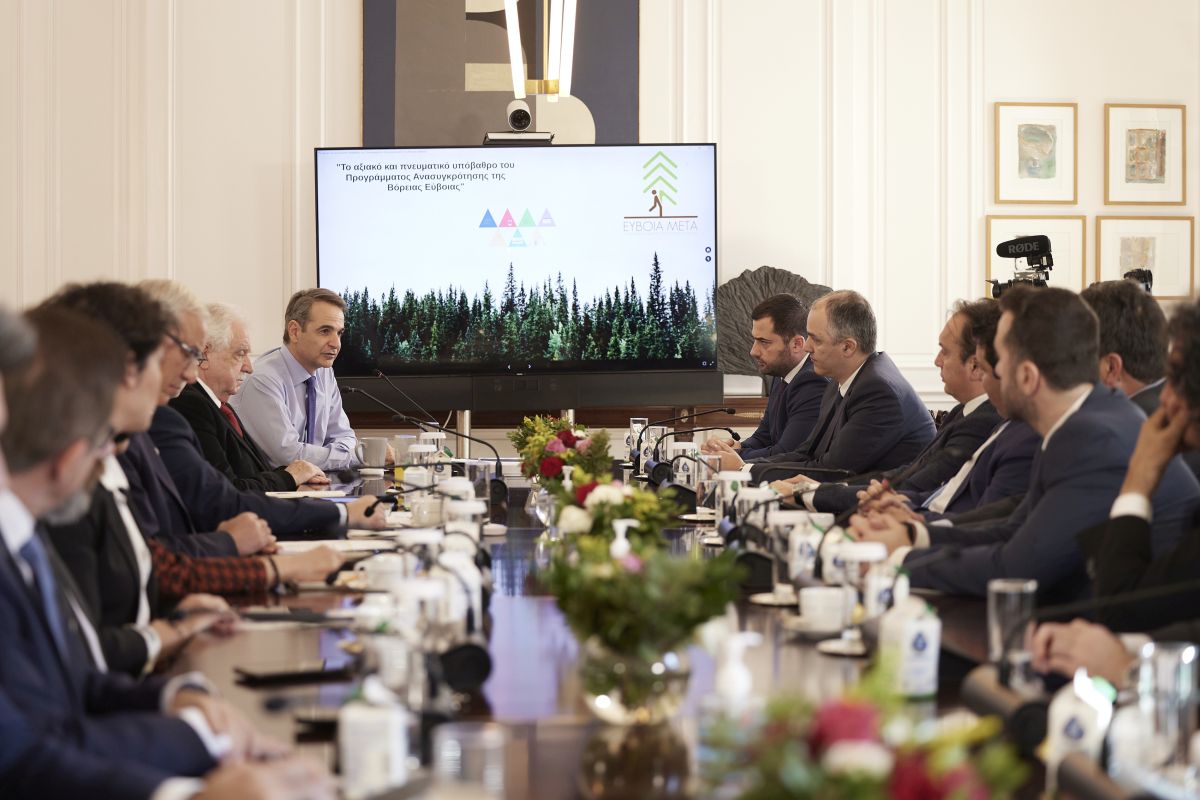 The masterplan for the regeneration of Northern Evia, which was devastated by massive fires in the summer of 2021 was presented on Tuesday to Greek Prime Minister Kyriakos Mitsotakis paving the way for the start of works on the island.

The ambitious regeneration plan consists of 71 projects budgeted at around 400 million euros to be covered by EU resources. At the same time, 30 projects have been included in the new round of ESPA funds and the rest will be included later this year.

Evia island suffered one of the worst fires in history in August 2021 losing approximately 125,000 hectares of woodland and leaving behind ravaged villages. The Evia fire was a massive blow to the island’s tourism industry, already weakened by the Covid-19 pandemic.

Overall, the regeneration project is budgeted at 700 million euros, 300 million euros of which were channeled into immediate relief and restoration actions in 2021. 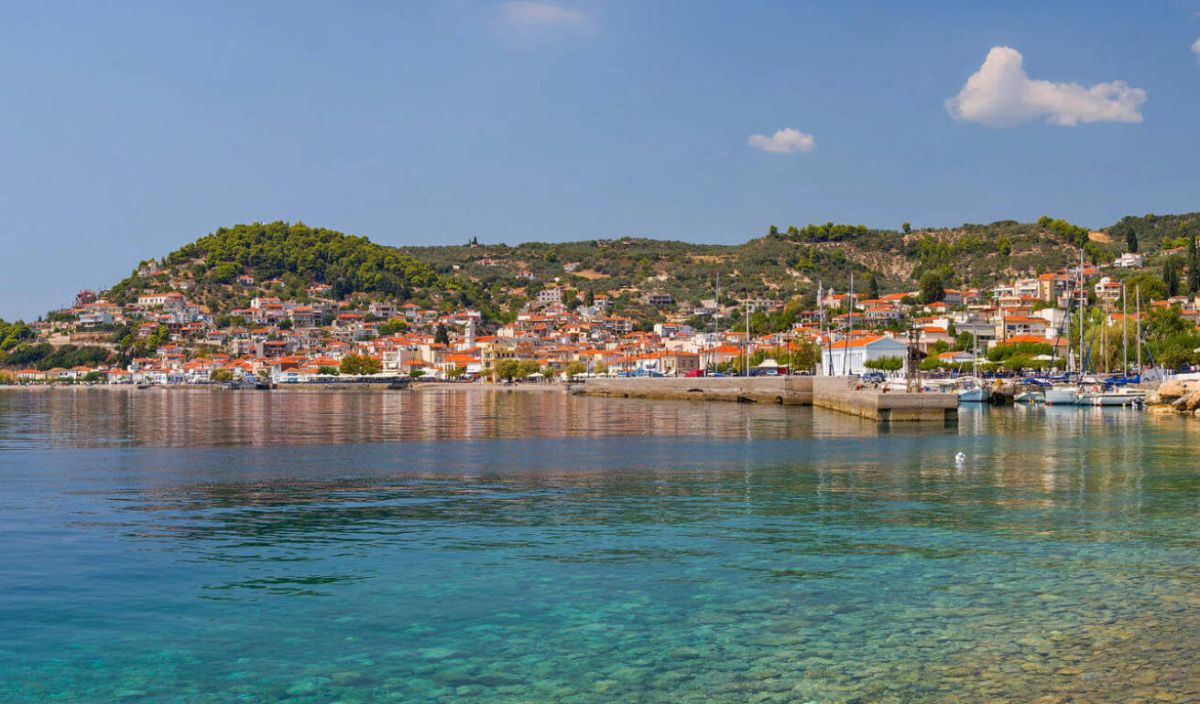 The plan was prepared and tabled by National Reconstruction Committee Chief Stavros Benos, who also heads the Diazoma Association. All works under the “Evia Meta (Evia After)” plan, which includes extensive infrastructure upgrades, road network improvements, forest regeneration and the development of tourism facilities, will be overseen  by a special governmental committee headed by Christos Triantopoulos, deputy minister to the prime minister for state aid and natural disaster recovery. Benos will remain in an advisory role.

The first step of the Evia regeneration project is commissioning the relevant studies for the construction of the new Psachna–Istiaia roadway, the largest work of the plan.

In an interview to Kathimerini, Benos said he expects the first contract for studies concerning the Psachna-Strofilia section of the roadway to be finalized by the end of April. “If everything goes well, a tender for the project will be announced in the summer of 2024 and be included in the new round of ESPA funding.” 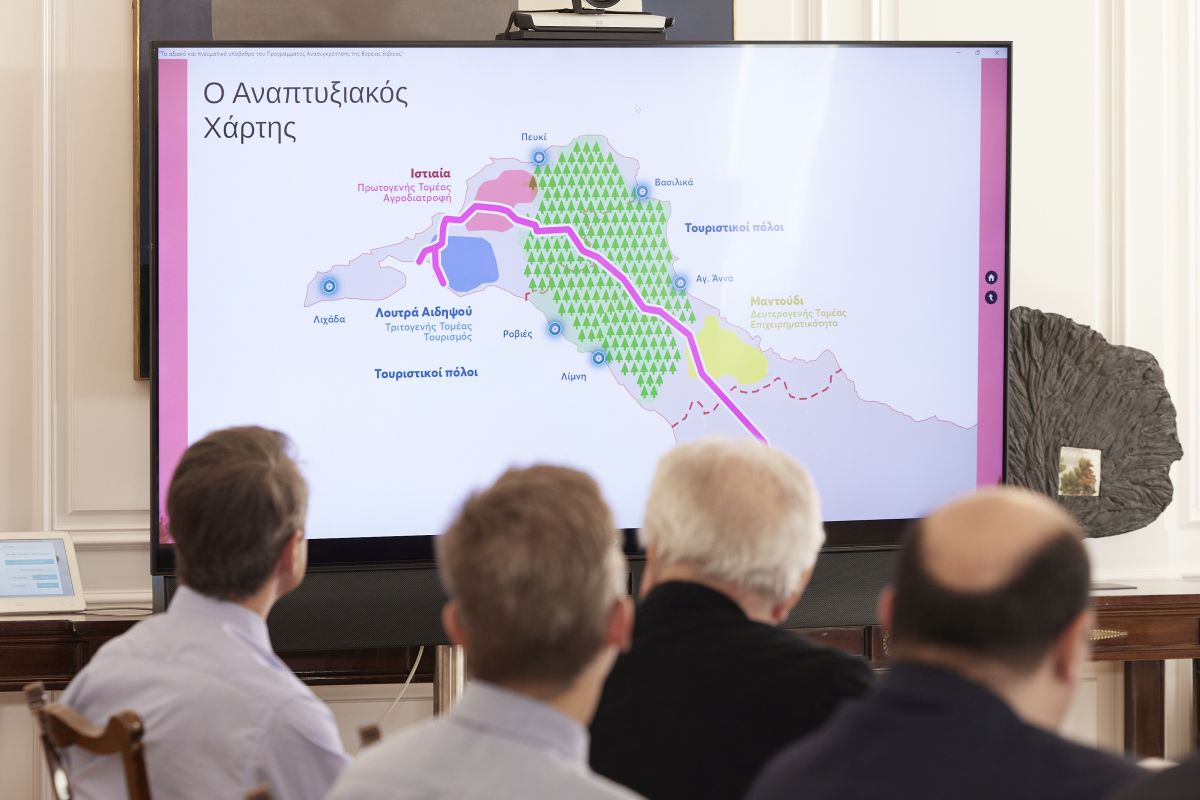 “The roadway is in this case a necessary condition. It will finally end the isolation of Evia,” Benos said, adding that as such “it should be very high in our priorities”.

“A study for the five connecting branches of the road network will also follow. This is a very important development as in one year from today, there will be mature studies for the entire road axis,” he said.

Among others, Benos also announced the creation of a social cooperative enterprise that will contribute to the protection and preservation of the forest.

Other priorities under the Evia regeneration master plan include renovating and reopening of the Edipsos Hydrotherapy Center and the preparation and approval of special town planning schemes by the impacted municipalities of Mandoudi, Limni, Agia Anna and Istiaia-Edipsos