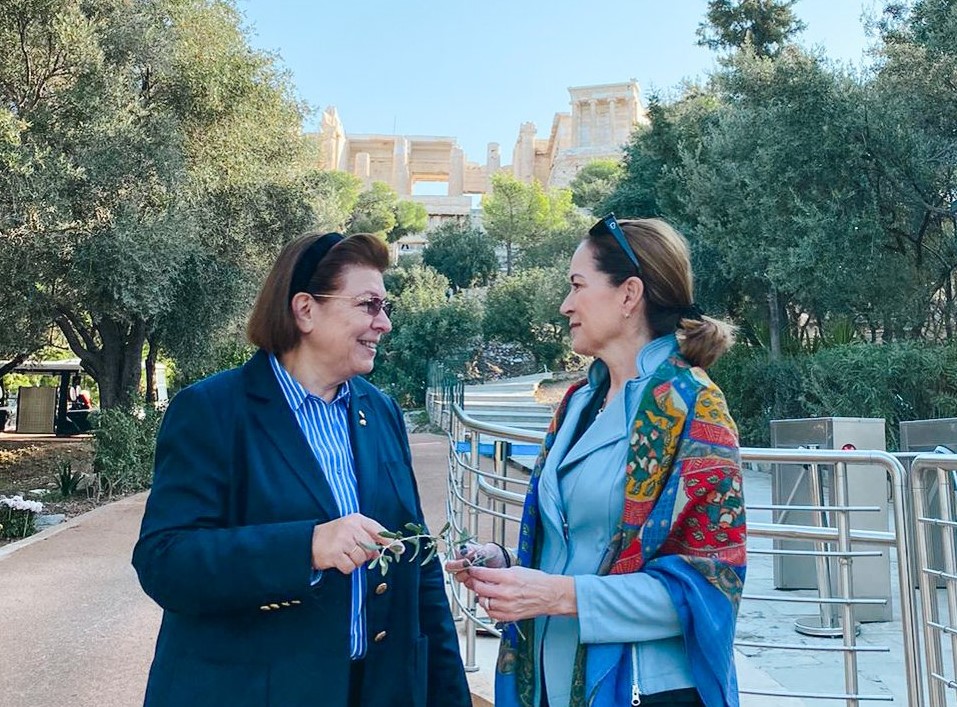 US Assistant Secretary of State for Educational and Cultural Affairs Lee Satterfield (right) receiving a branch from an olive tree (the sacred tree of the goddess Athena, according to mythology) from Greek Culture Minister Lina Mendoni, following a visit to the Acropolis. Photo source: @ECA_AS

Fostering the cultural ties between the United States and Greece was on the agenda of US Assistant Secretary of State for Educational and Cultural Affairs Lee Satterfield during her recent trip to Athens.

While in the Greek capital the Assistant Secretary met with Greek Culture Minister Lina Mendoni and discussed further implementing the bilateral agreements made between the two countries.

Among a variety of issues, Mendoni and Satterfield discussed the outcome of the “Cultural Heritage School” workshop that had taken place in Athens in September, and focused on ways the action could expand in the future with the participation of other countries and organizations. 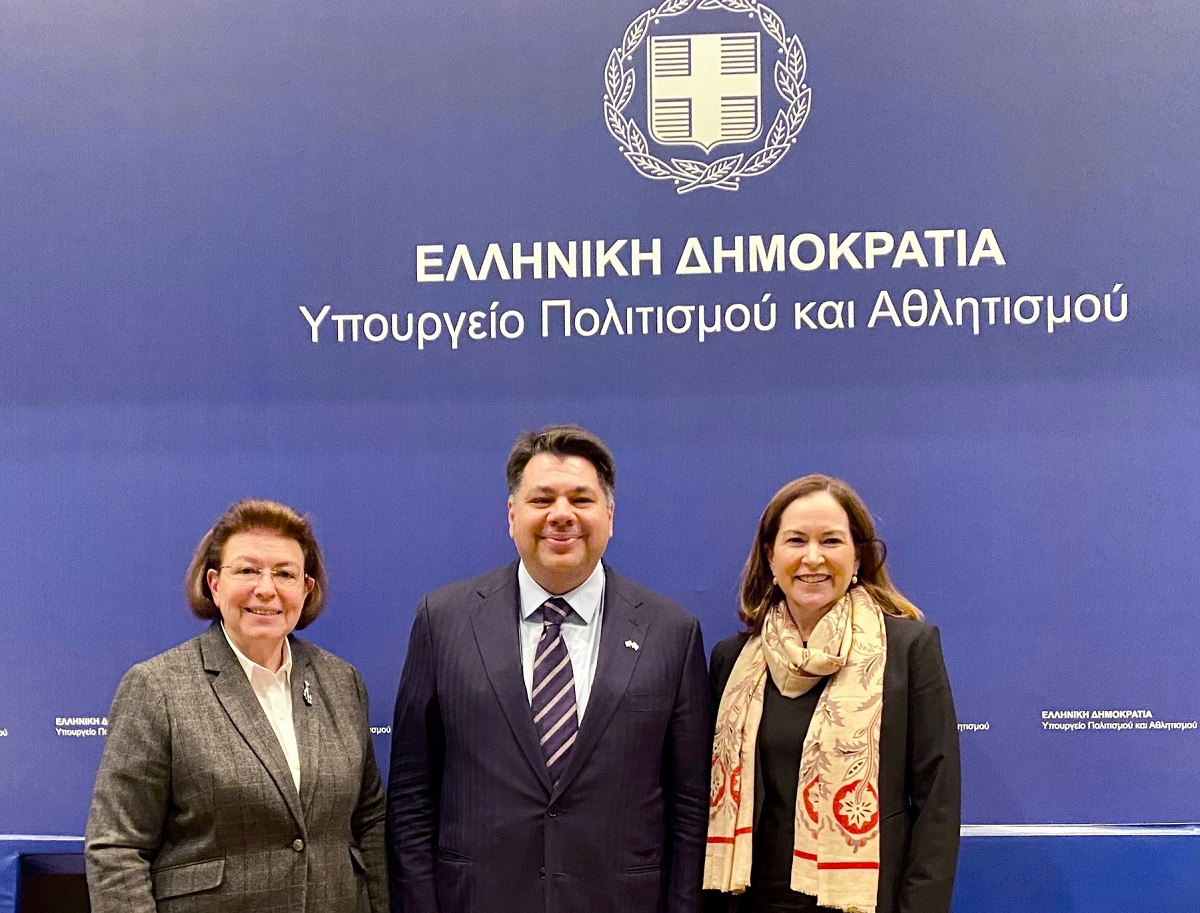 Co–organized by the Greek Culture Ministry, the U.S. Embassy in Greece and the Greek branch of the International Council of Museums (ICOM), the workshop focused on issues of protecting cultural heritage from climate change and illicit trafficking, an area where both countries have agreed to closely cooperate.

Satterfield and Mendoni also discussed details about the culture exhibitions that are to take place simultaneously in both Greece and the US in 2023.

The action will see a Greek antiquities exhibition titled “Democracy” tour US cities, while the Acropolis Museum will host works of contemporary US artists in the context of the “Art in Embassies” program. Another exhibition about Byzantine culture is also planned by the Culture Ministry.

The bilateral agreements on culture between the US and Greece also includes American cinema professionals offering their technical expertise and support to strengthen Greece’s technical capabilities in the field. 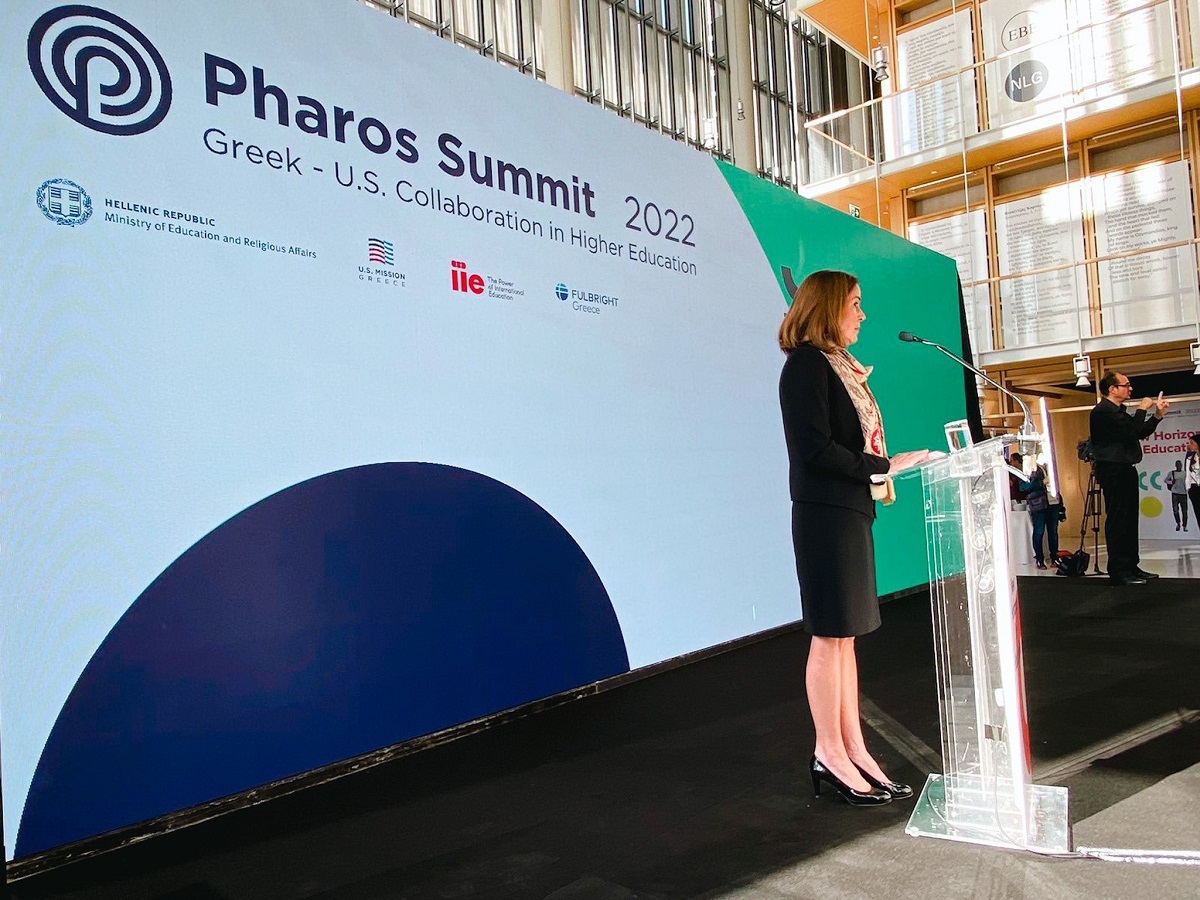 Satterfield’s meeting with Mendoni was part of her three-day trip to Athens (November 5-8) where she also participated in the Pharos Summit 2022 “Greek-U.S. Collaboration in Higher Education”.

An event by the Greek government, the summit brought together 30 U.S. colleges and universities, rectors from all 24 Greek public universities, and other key stakeholders to promote greater cooperation and collaboration in international educational exchanges.