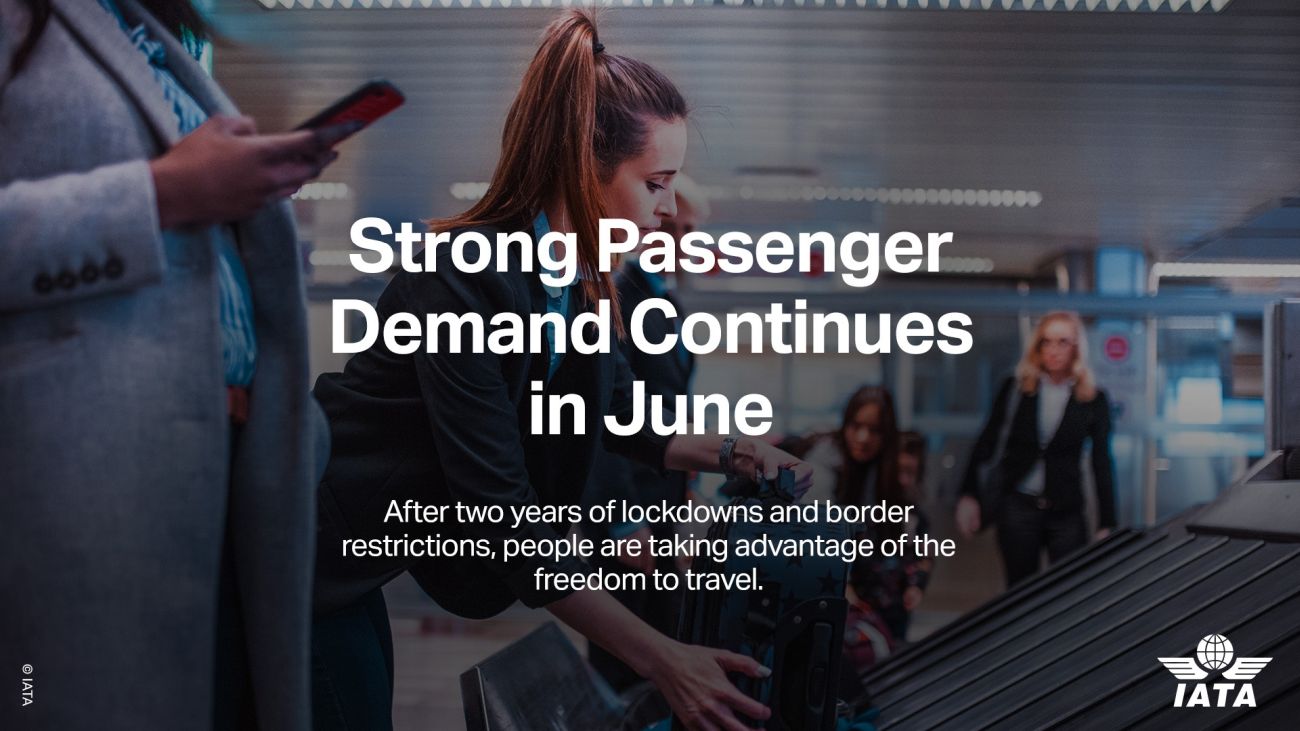 The International Air Transport Association (IATA) announced this week that global air travel was back on track in June reaching 70.8 percent of pre-Covid-19 levels and driven by strong passenger demand despite the challenging times for the sector.

IATA is at the same time calling for “flexibility” so that increasing passenger demand can be met during a time of great disruption at airports worldwide which are suffering from staff shortages.

According to IATA data, total traffic in June was up 76.2 percent compared to June 2021, driven by the ongoing strong recovery in international traffic. 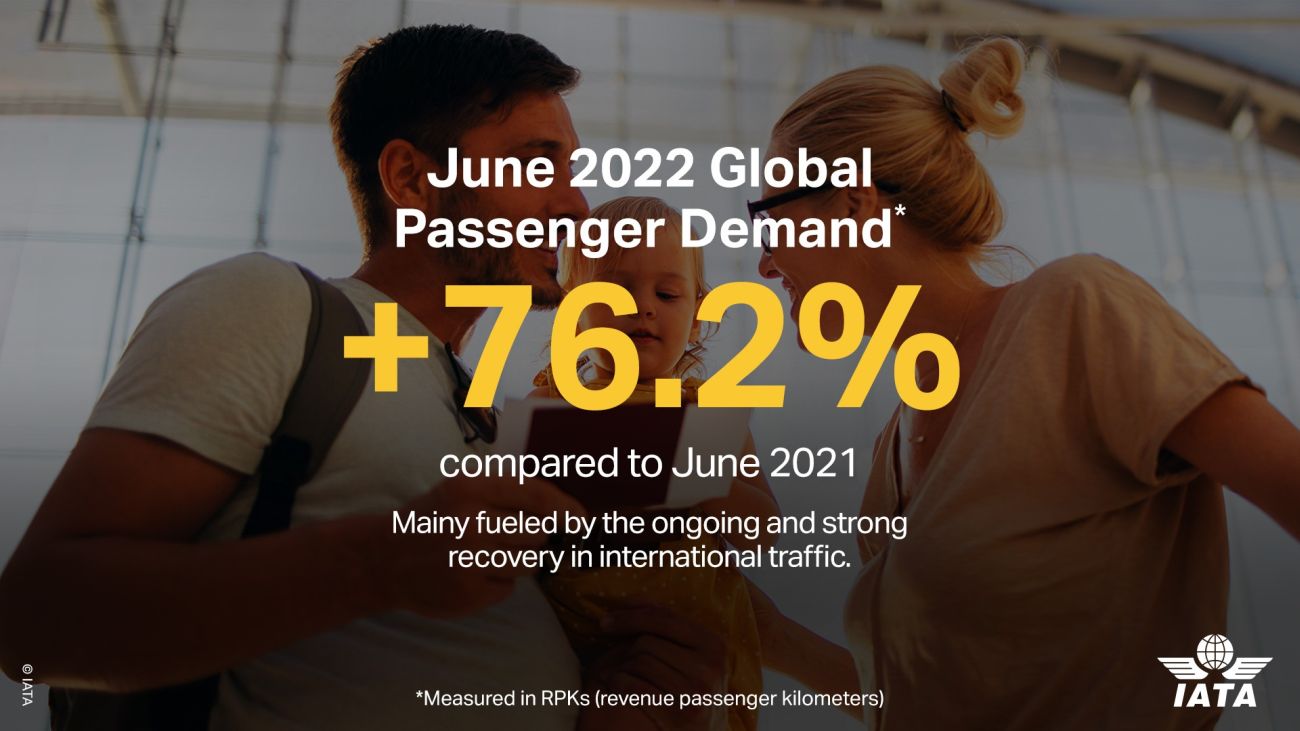 Domestic traffic for June 2022 was up 5.2 percent compared to the same month a year ago. IATA attributed the positive trend to improvements in most markets combined with fewer Covid-related restrictions in the Chinese domestic market. 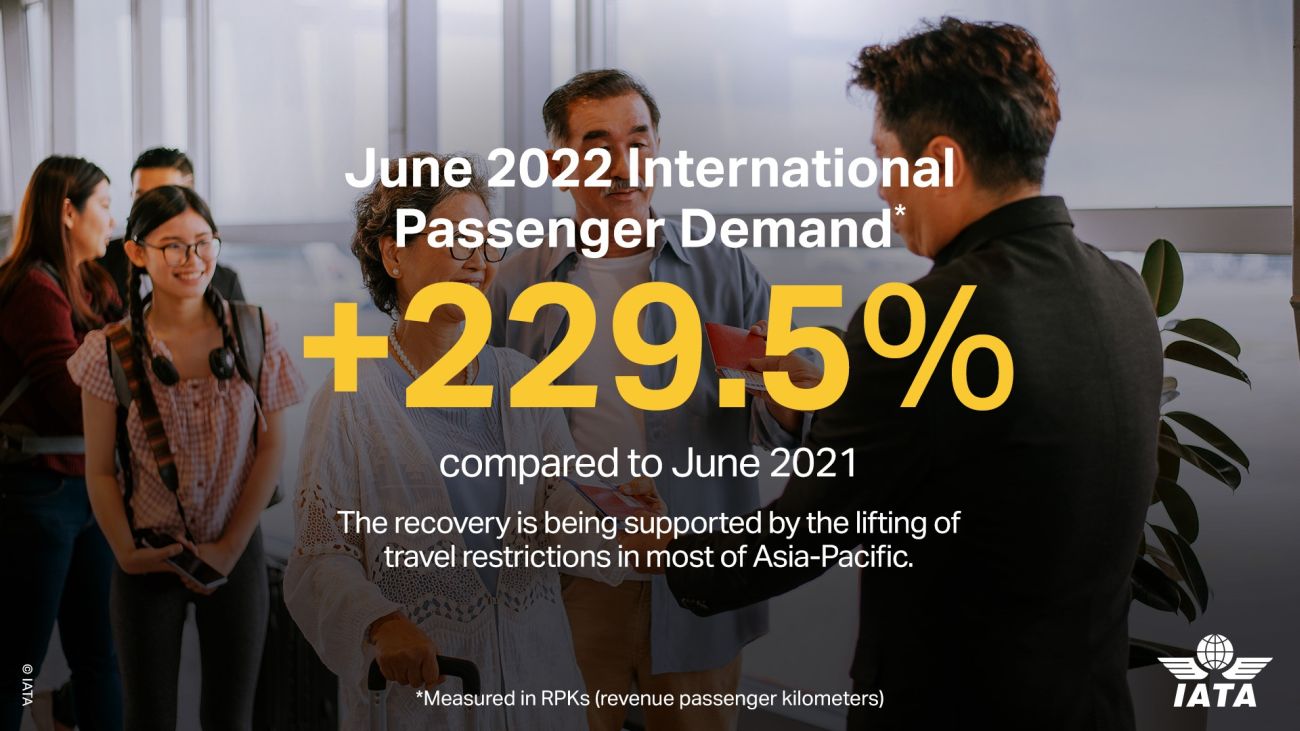 In Europe, June traffic increased by 234.4 percent compared to the same month in 2021. Capacity rose by 134.5 percent and load factor by 25.8 percentage points to 86.3 percent. International traffic within Europe is now above pre-pandemic levels in seasonally adjusted terms, IATA said.

“Demand for air travel remains strong. After two years of lockdowns and border restrictions people are taking advantage of the freedom to travel wherever they can,” said IATA Director General Willie Walsh, adding however that airlines and their passengers at some hub airports are being confronted with a number of issues.

“Flexibility is still essential in support of a successful recovery,” he said, adding that “by capping passenger numbers, airports are preventing airlines from benefitting from the strong demand”. 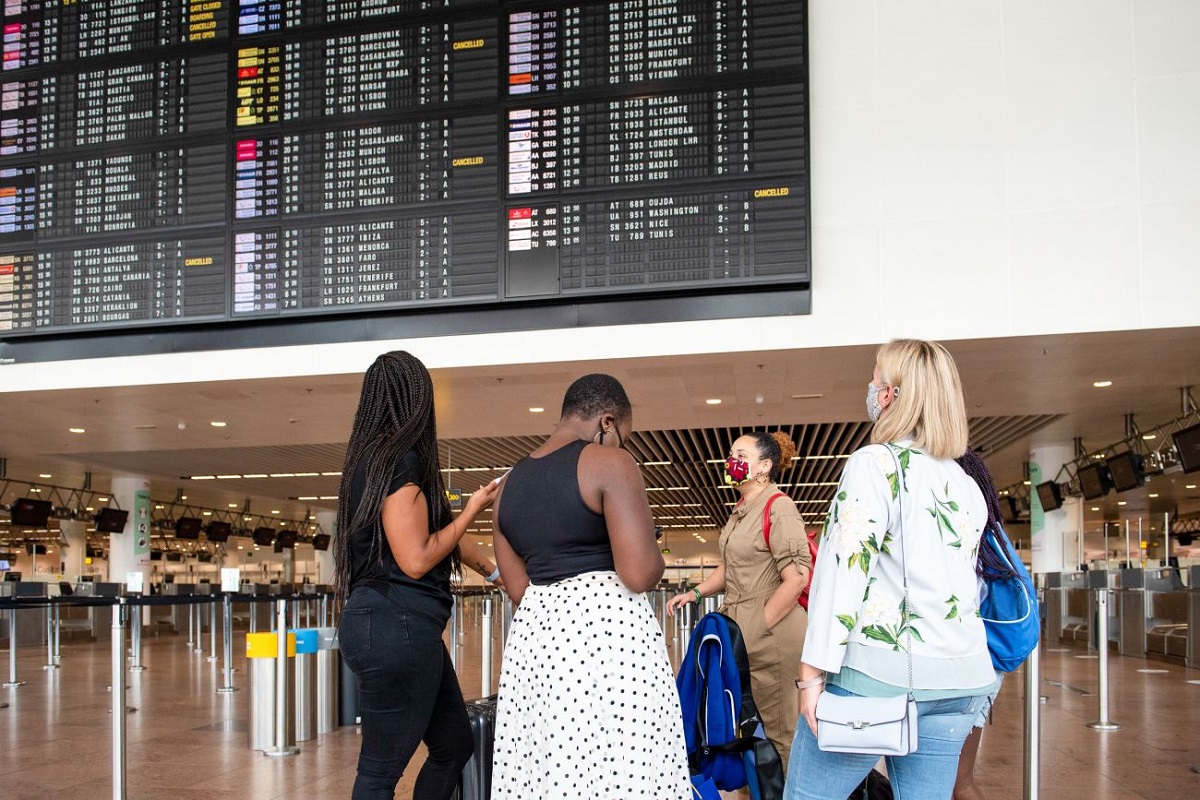