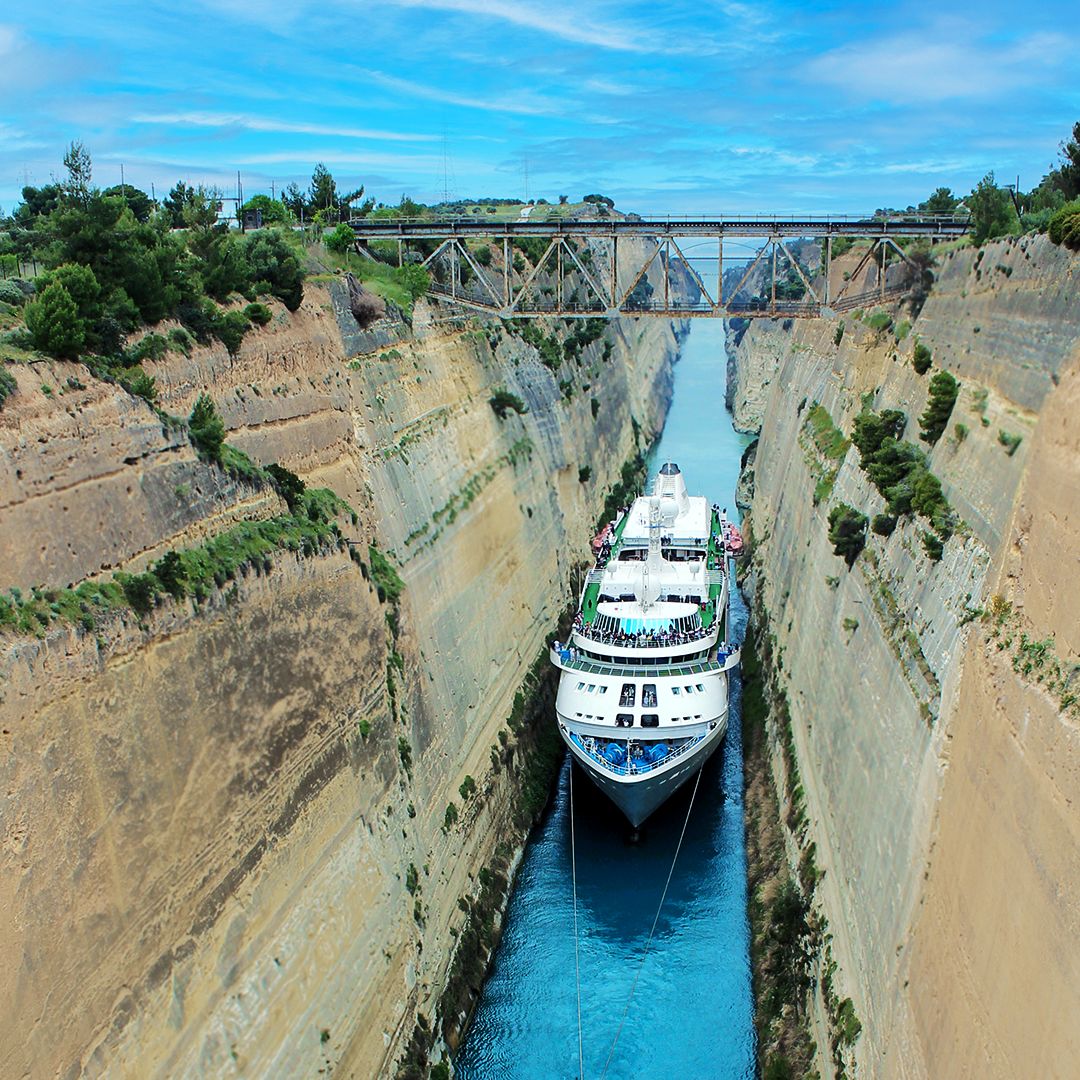 One of the country’s most-visited sites, the Corinth Canal (known as the Corinth Isthmus) re-opened last month, entering a new era with the parallel launch of a portal and e-commerce services.

In the last month, more than 1,743 sea vessels have crossed the canal: 160 cargo ships, tankers and tugboats and 1,583 tourism-related boat crossings, including cruise ships, commercial yachts and private pleasure boats.

More specifically, cruise ship transits increased by 60 percent last month, private vessels by 3 percent and professional recreational boats by 23 percent compared to the corresponding period in pre-Covid 2019, when the canal was in full operation.

Indicatively, in pre-pandemic 2019, more than half (55 percent) of all Corinth Canal transits were related to tourism.

According to the Hellenic Corporation of Assets and Participations (HCAP), vessels from France, Germany, the US, Estonia, Norway, Spain and New Zealand have so far crossed the iconic canal, which is expected once completed to stimulate growth and boost the local and national economies.

“In its first month and first phase of operation, the Corinth Canal is demonstrating its pivotal role in maritime transport serving as the shortest and safest sea route for ships coming from ports of the Ionian, the Adriatic, and Southern Italy, but also for vessels crossing the Strait of Messina towards the ports of the Eastern Mediterranean and the Black Sea and vice versa,” said Corinth Canal SA (AEDIK), the company responsible for the operation, maintenance and development of the project.

The canal will shut down again in autumn for a few months as the second phase of upgrade works begins.

Besides canal works, HCAP plans include the targeted commercial development of the region which has been a main tourist attraction for decades.