Ioannina to Launch Food Council to Define its Gastronomic Identity 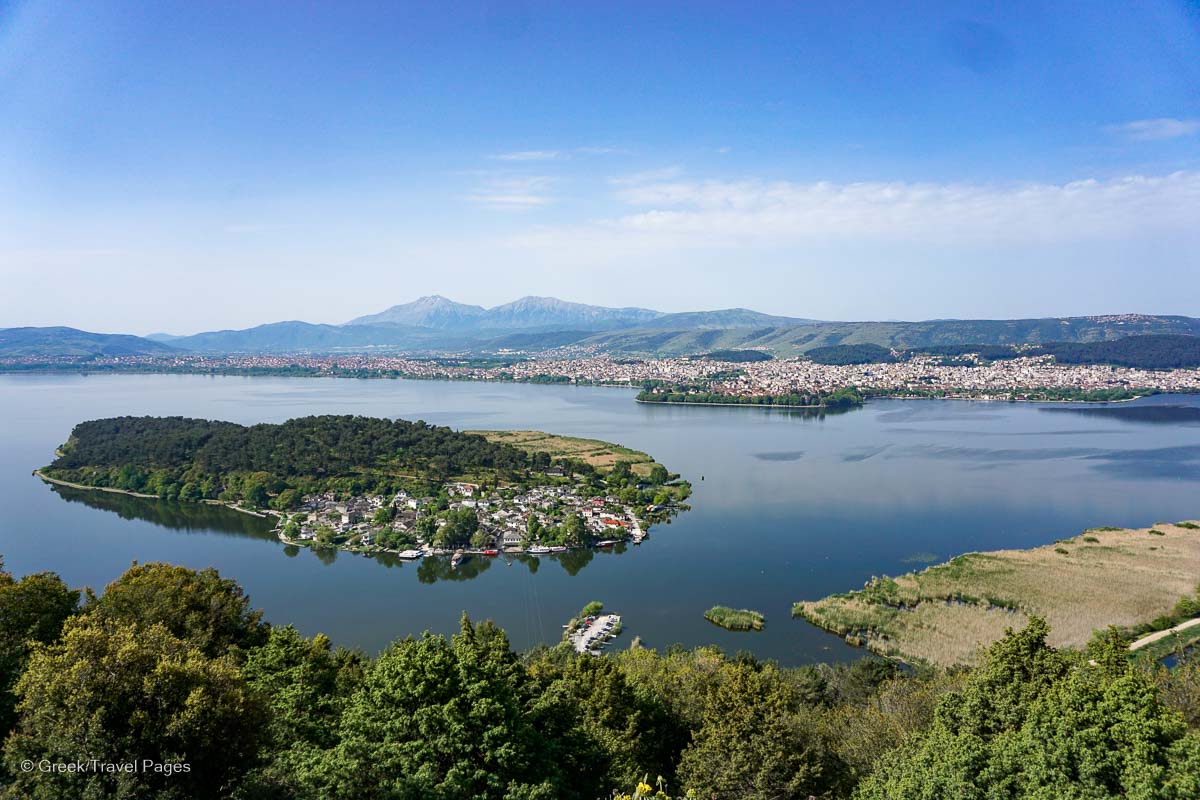 Panoramic view of Ioannina, Lake Pamvotida and the inhabited island referred to as Nisaki (small island).

IOANNINA – The Municipality of Ioannina, the capital of the Region of Epirus, northwestern Greece, has launched action to associate the city’s gastronomy with the destination’s brand-name and identity.

“Adding to the experiences that Ioannina offers its visitors is a priority for us… We are aiming to enhance these experiences by highlighting their competitive advantages; Ioannina’s gastronomy can be one of these advantages,” the city’s mayor, Moisis Elisaf, told GTP Headlines.

“We have a gastronomy with special elements that we have to focus on more and promote in cooperation with the city’s restaurants, hotels and chamber,” he said, adding that the municipality is looking to position the Ioannina culinary scene by first distinguishing its gastronomy from those of other nearby destinations of the Epirus region.

For this reason, the municipality has decided to create a local Food Council that will involve all players and focus on officially defining the area’s local products, local cuisine and local flavors. The aim will be to add authenticity to the city’s offered tourism experience, give travelers an extra reason to visit Ioannina and boost the local economy.

The Food Council, which will be composed of representatives from Ioannina’s municipality, chamber, dairy vocational school and food and beverage scene (chefs), will explore and record the raw materials that frame the gastronomic culture of Ioannina, which can be defined by products related to the area’s mountains, lake and customs formed by the various cultures that passed through the city over the years.

“We want to promote our local products as well as the process of preparing certain dishes as they were passed on to us by the Ottoman tradition… Our gastronomy has peculiarities that must be taken into account and studied. For example, the area also has a cuisine with Jewish elements that we know a few things about. Fortunately, we have recipes that have survived over the years… These should be explored and included in our gastronomic identity,” Mayor Elisaf said.

The council will also function as a networking platform, record traditional recipes, list local products, review and coordinate ideas for promotion and eventually plan culinary events to showcase the city’s gastronomy in both Greece and abroad.

‘The Food Council must involve all parties’ 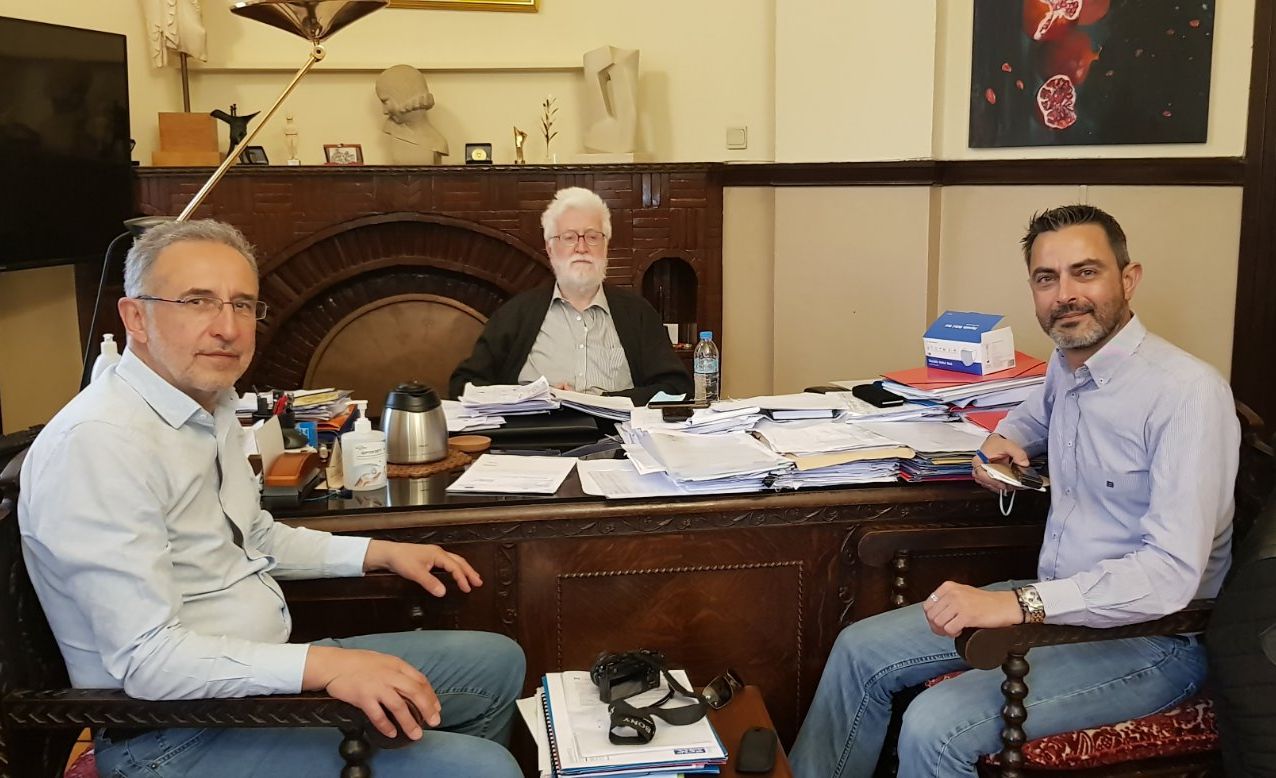 On his part, Ioannina Deputy Mayor Yiorgos Lolis, highlighted the importance of all stakeholders becoming involved in the Food Council as well as in the effort to establish a strong gastronomic identity for the city.

“This can only be an addition to the city’s tourism product… We are aiming for the city’s professionals – restaurant owners and hoteliers – to eventually include local recipes and ingredients on their menus,” he told GTP Headlines, adding that a city’s local cuisine could be a key motive for tourists to return to a destination.

“Let’s not forget that when tourists leave a destination, they take back with them the beauty of what they saw, the hospitality they experienced, the taste of a hotel’s breakfast and of a restaurant’s signature dish,” he said.

In early May, a meeting was held at the municipality to discuss the Food Council’s creation and responsibilities. A coordination group was established to map out an action plan that is expected to lead to the establishment of Ioannina’s gastronomic identity. The coordination group includes representatives from Ioannina’s municipality, chamber and the Wise Ram consulting agency, which are strategic partners to the Municipality of Ioannina.

As a first step, the coordination group has launched procedures to update the city’s register of producers and this way create a useful tool that will provide contacts and information to strengthen synergies between the primary sector, F&B establishments and hotels. 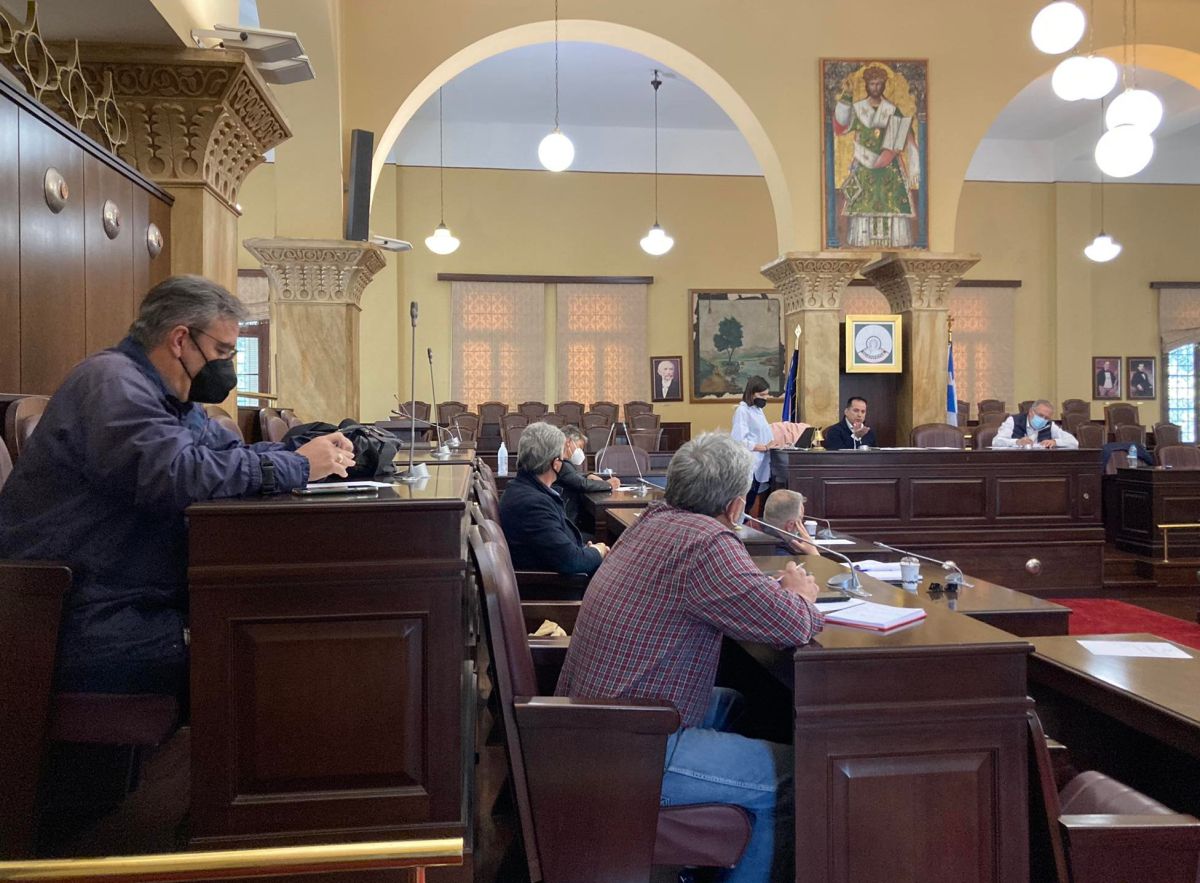 Plans also include the publication of a cookbook with local recipes of Ioannina, curated by the municipality; a gastronomy festival, a special seal (branding) and events to promote the city’s local gastronomy in collaboration with the chamber, culinary schools and chefs.

Although the effort to establish the city’s gastronomic identity is just beginning, Mayor Elisaf says he is optimistic.

“We have a long way to go to establish an official gastronomic identity but it is comforting that the younger generation – the city’s young chefs – have become aware of the importance and are including local products in their creations on the menus of the city’s restaurants,” the mayor added.

Two of these chefs are Ioannina-born Panagiotis Siafakas and Thanasis Tassos. Although the two chefs differ in their approach to cooking – Siafakas focuses on street food with a local twist and Tassos focuses on gourmet cuisine – they both agree that Ioannina needs a more clear gastronomic identity and highlight the importance of using local ingredients and products in their creations.

Both chefs support the creation of the upcoming Food Council. 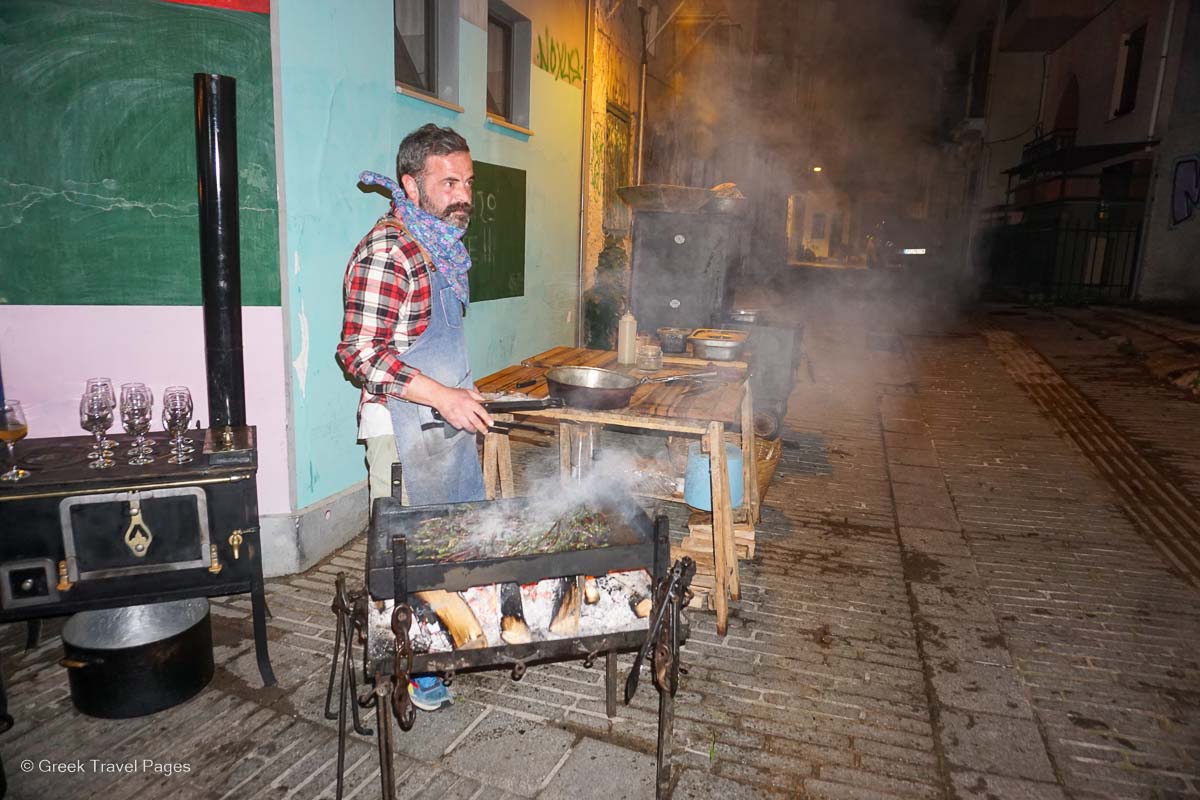 Speaking to GTP Headlines, Chef Panagiotis Siafakas highlighted the importance of promoting local produce through the city’s restaurants and eateries.

“If we do not promote the products of our homeland, our local ingredients and flavors, we can’t even discuss the possibility of becoming a destination known for its gastronomy,” he said. 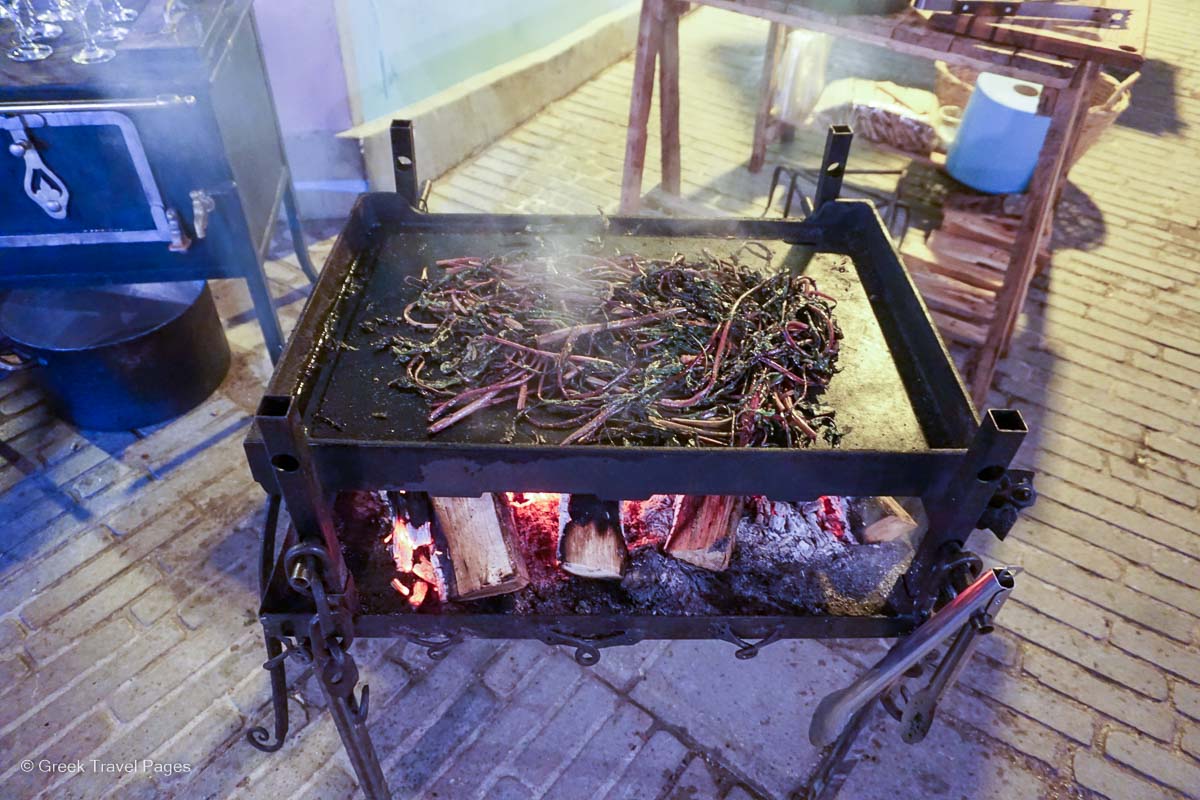 Having created menus for a number of luxury hotels in Athens, Siafakashas returned to Giannena where, together with his cousin, opened the Folk Street Food, an eatery that has a concept based on tradition and diversity.

“Folk is a spot that attracts a young crowd but not only and includes traditional elements of Ioannina,” he added. 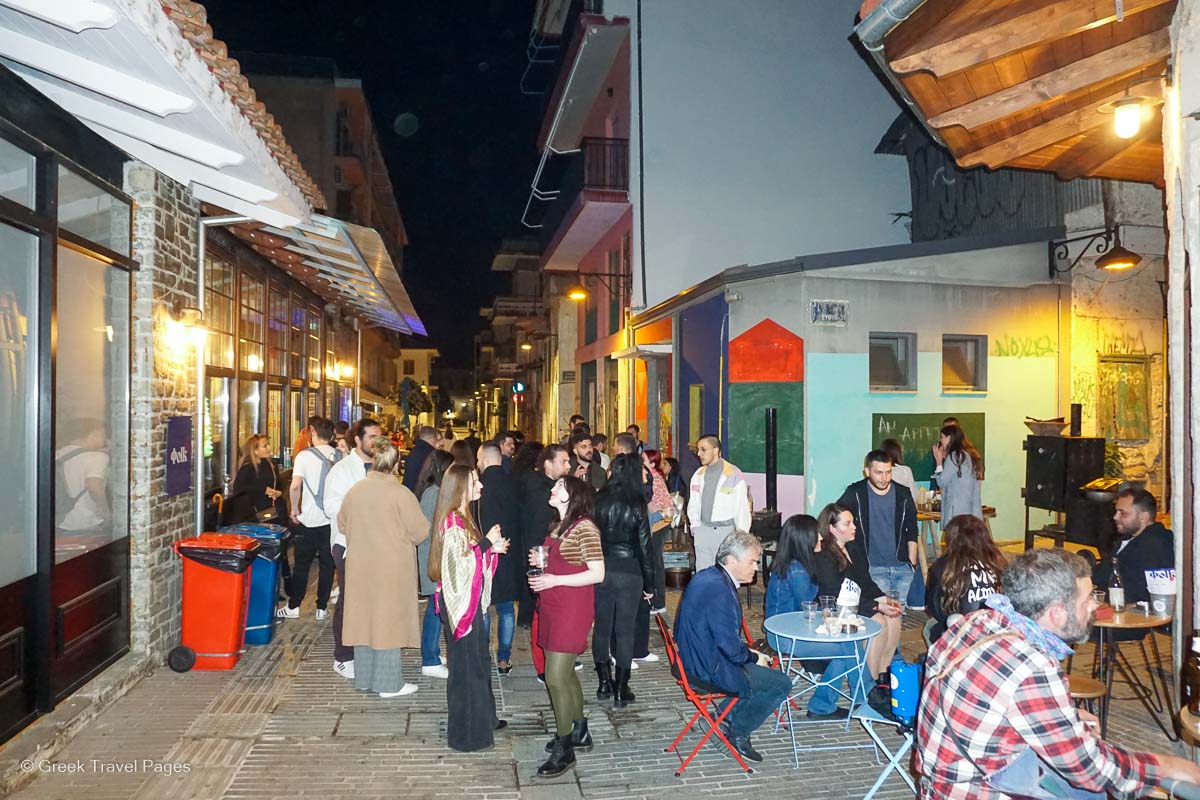 “Our approach to the city’s food scene is a bit more alternative. We serve popular street food selections but with creative twists to integrate the city’s local ingredients and products,” Siafakas said.

Chef Tassos: Ioannina’s gastronomy is connected to the lake & island

Applauding the idea for the creation of a local Food Council, Chef Thanasis Tassos hopes that the ambitious initiative will put an end to any confusion with regard to the gastronomic identity of Ioannina. 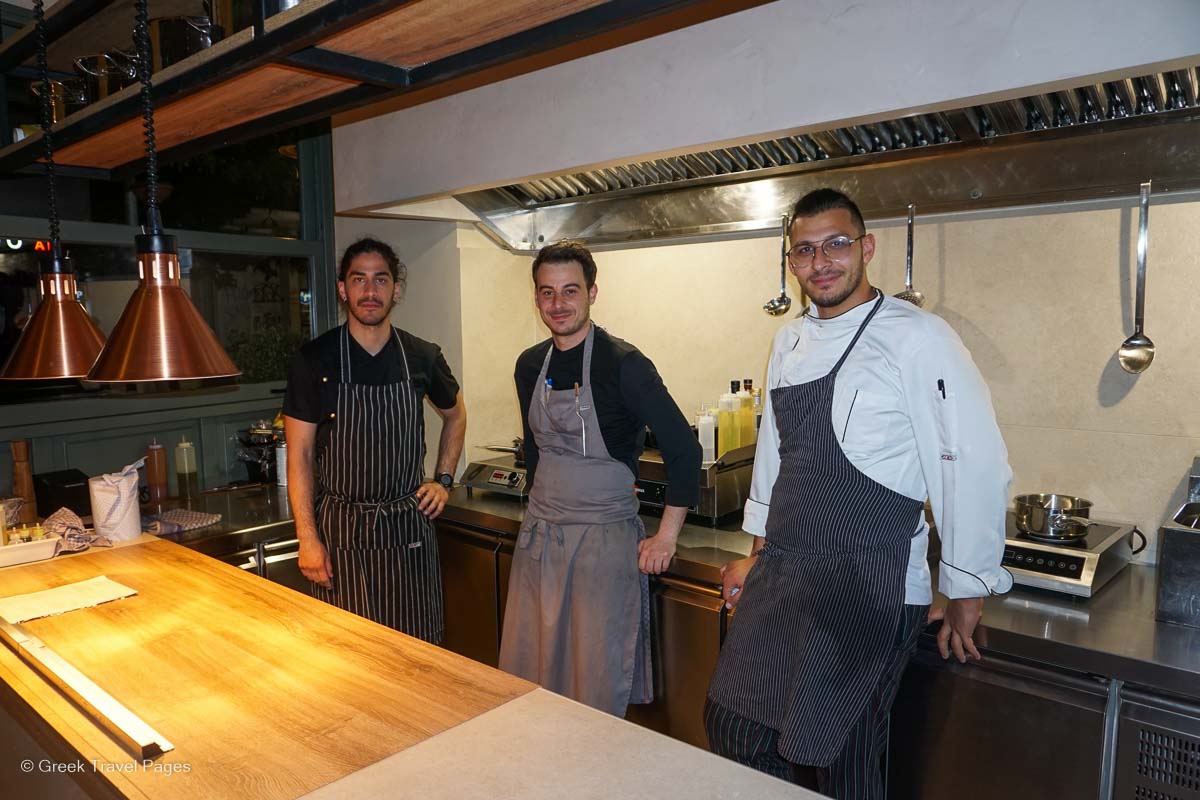 “Right now we are in the process of trying to figure out and establish what Ioannina’s food exactly is,” Tassos told GTP Headlines, highlighting that an important factor of the city’s gastronomy is the Pamvotida Lake and the island.

“We must showcase the lake’s offering and the island’s recipes, which include various fish, crabs, frog legs and eel,” he said, adding that the food council intends to list all local products and document unknown local recipes. 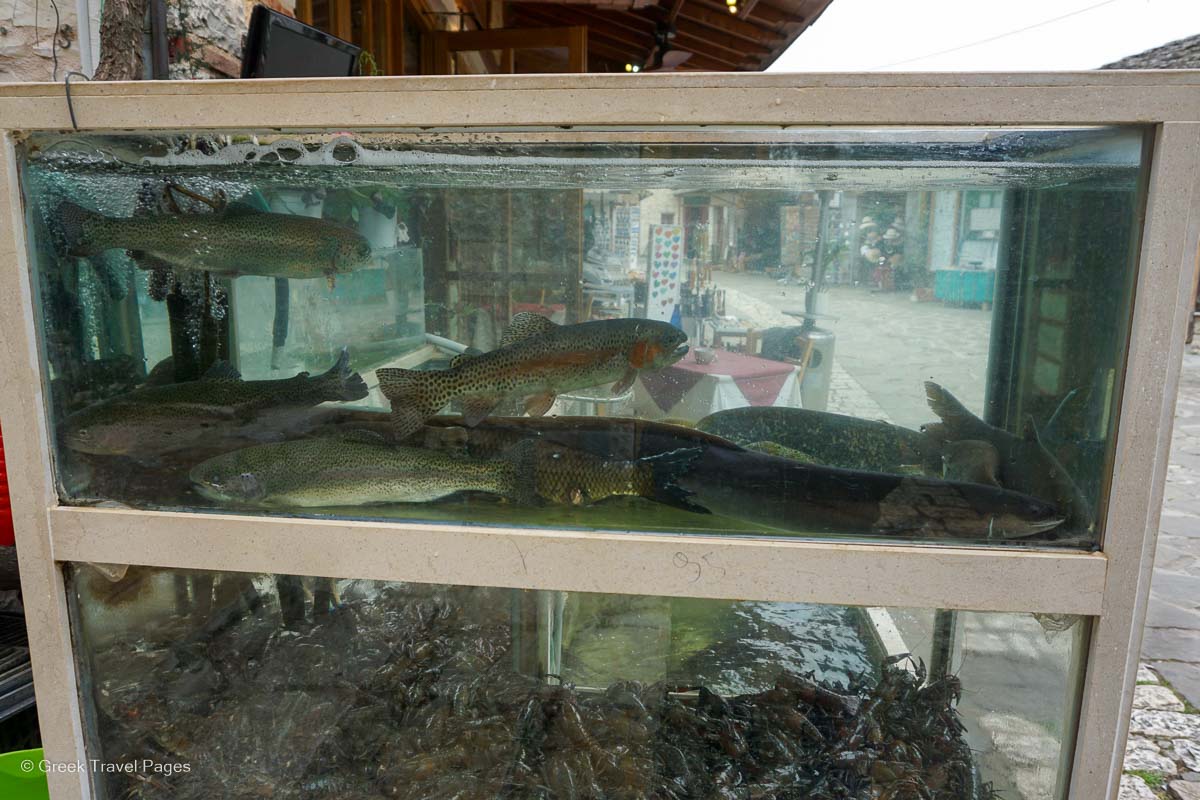 A selection of freshwater fish and eel from Lake Pamvotida at a local fish depot on Ioannina’s island.

With 10 years of experience under his belt, Tassos is head chef at the Thamon Bistro that recently opened in Ioannina. The bistro boasts a dining menu based on seasonal local products and dishes focused on the cuisine of Epirus.

“With the launch of the Food Council right now we are laying the foundation for something I feel will develop into something huge… I believe that in the next two to three years Ioannina’s gastronomy will simply ‘take off’ and receive the attention it should,” he said.

Blue Flag: Greece 2nd in the World for its Clean Beaches