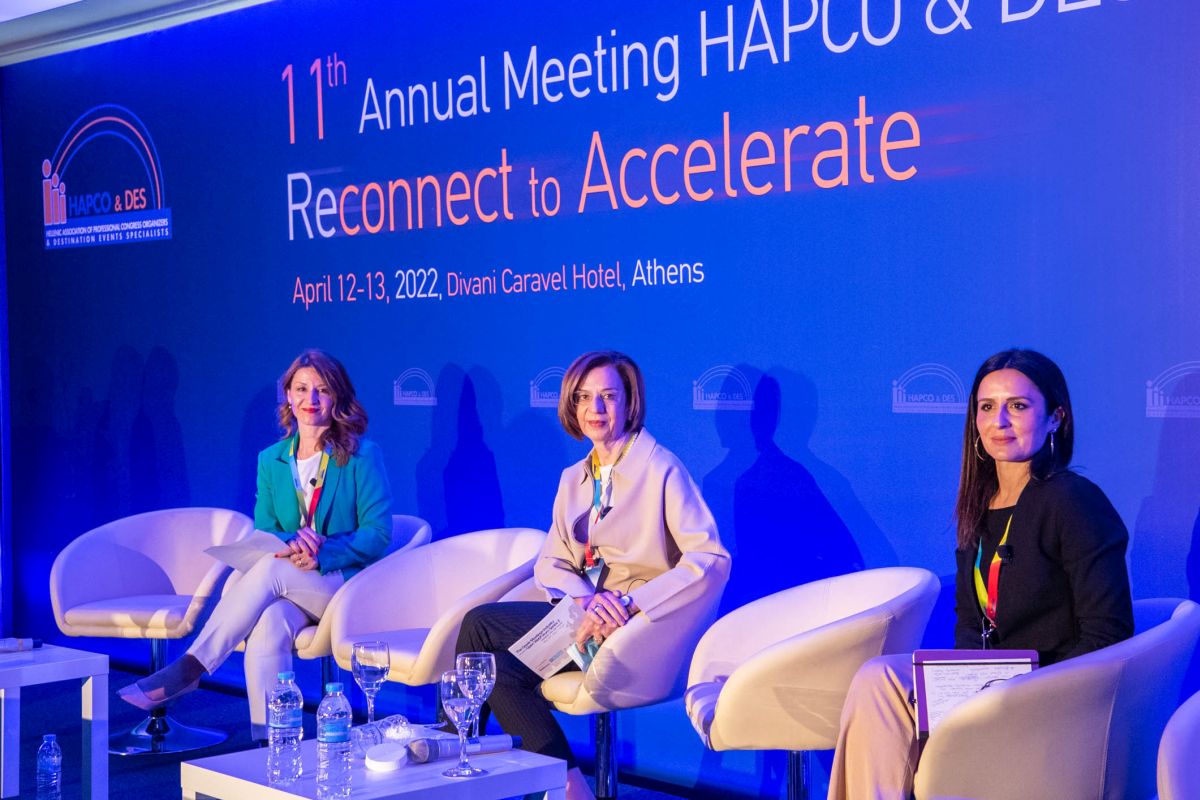 The Hellenic Association of Professional Congress Organizers & Destinations Events Specialists (HAPCO & DES) has appointed Sissi Lygnou as the president of its new Board of Directors, following its annual congress that took place between April 12-13 in Athens.

Lygnou, who has been on HAPCO’s board since 2007, previously served as the association’s secretary general. She is the CEO of AFEA Travel and Congress Services and counts more than 20 years in the meetings industry. Since 2009, Lygnou has represented AFEA in the International Association of Professional Congress Organisers (IAPCO) and has participated in many IAPCO committees and working groups, representing the international body as a speaker and trainer. In February 2021, she was elected as a member of IAPCO.

The new Board of Directors of HAPCO & DES is as follows:

HAPCO was established in 1996, aiming to bring together professional congress organizers (PCOs) and companies from the whole range of services and products of the conference market on an institutional level as well as represent them.

Thessaloniki Ready to ‘Connect’ with European Tourism Markets in May

Historic ‘Hotel Leros’ to be Revamped into Cultural Venue