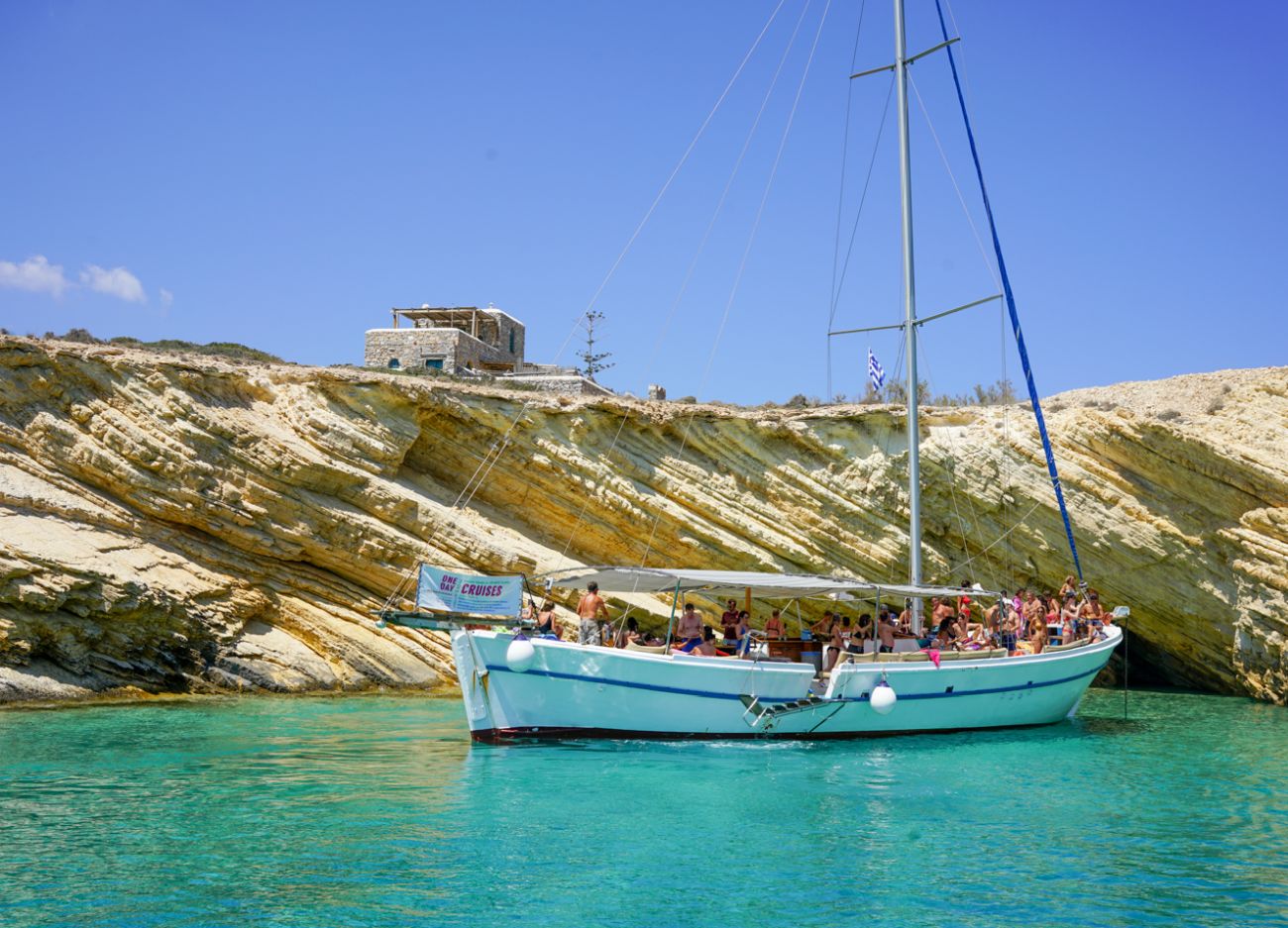 Greece is among the countries that may be impacted by the Russia-Ukraine crisis but to a lesser extent due to a relatively small dependence on the Russian market, said a report released this week by travel intelligence providers ForwardKeys.

A closer look at the report reveals a low dependence rate on the Russian market for Greece at 3 percent. The highest was reported in Armenia at 47 percent, Azerbaijan (44 percent), and Uzbekistan (34 percent).

At the same time, Greece is also not among the markets with the highest cancellation rates.

According to ForwardKeys data, the war activities triggered a collapse in the Russian outbound travel market. Destinations that suffered the highest immediate cancellation rates for the February 24-26 period were Cyprus (300 percent), Egypt (234 percent), Turkey (153 percent), the UK (153 percent), Armenia (200 percent), and Maldives (165 percent). 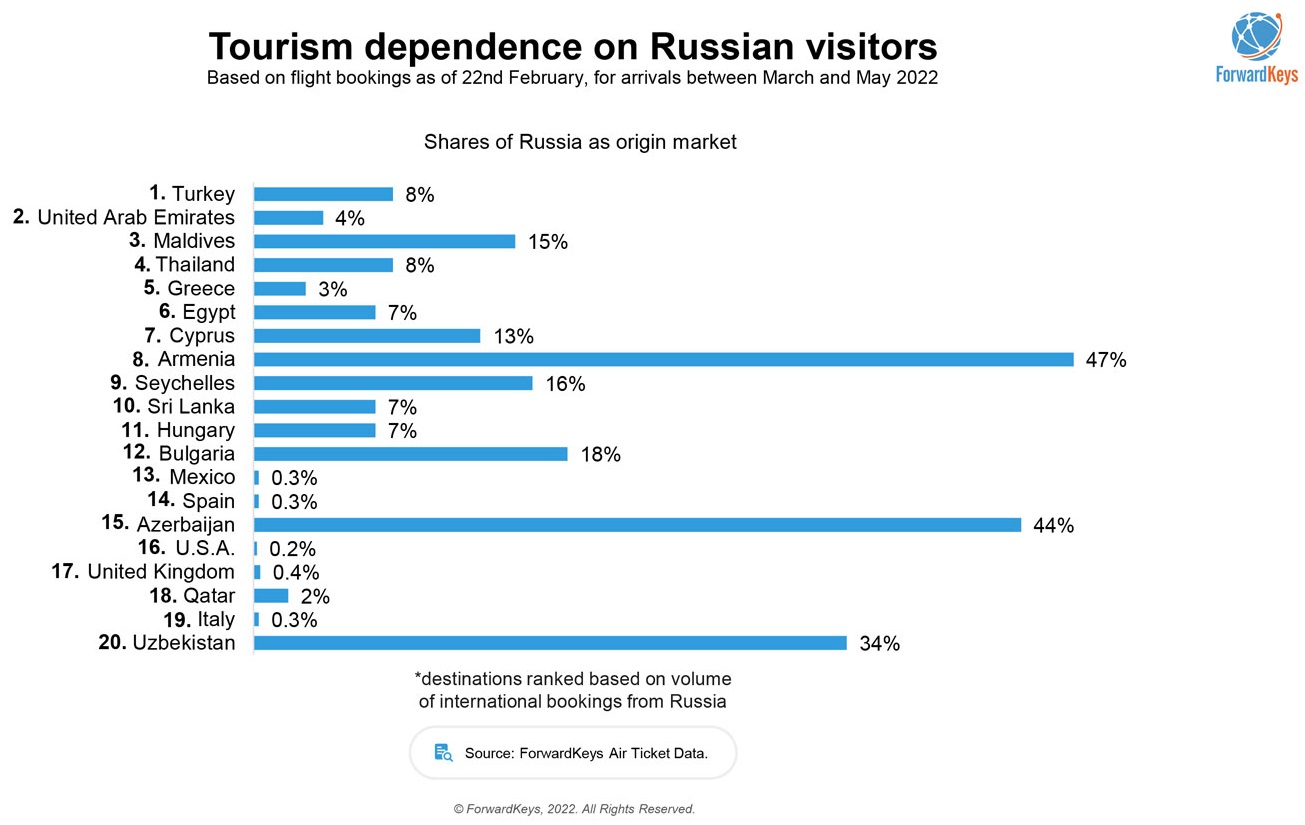 The crisis also led to an instant spike in flight cancellations to and from Russia with the highest cancellation rates made in Germany at 773 percent, France (472 percent), Italy (152 percent), the UK (254 percent), India (285 percent) and Turkey (116 percent).

Prior to the conflict, Russian outbound flight bookings for March, April and May, had recovered to 32 percent of  pre-pandemic levels, with some holiday hotspots doing exceptionally well. At the same time, the outlook for travel in July and August was significantly stronger with flight bookings recouping 46 percent of pre-pandemic 2019 levels. 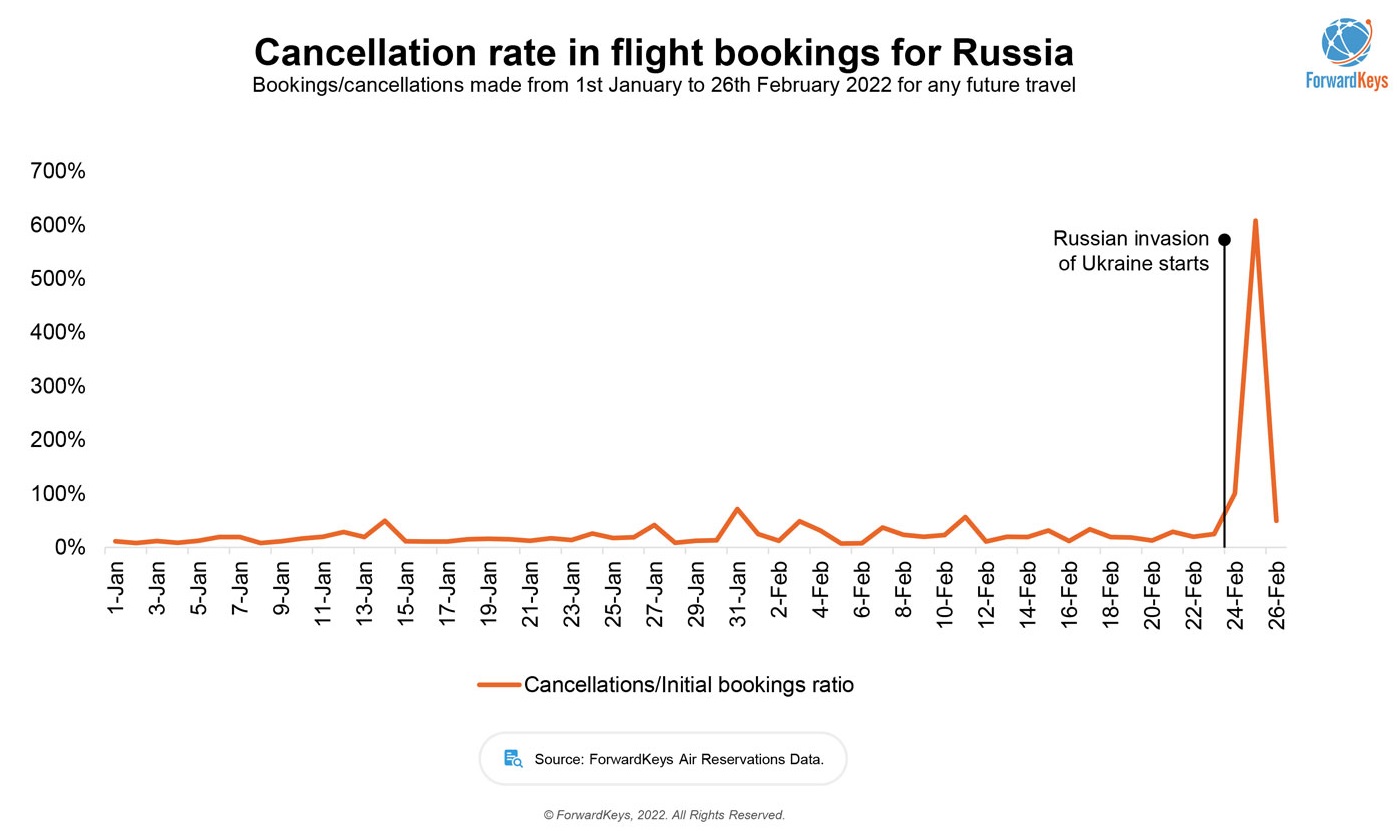 “The Russian tourism economy was beginning to revive from the pandemic, and it will now experience another substantial blow. There will also be serious impacts on destinations that depend heavily on Russian visitors. The current data does not yet contain the impact of sanctions, which is bound to make the picture worse,” said VP Insights, ForwardKeys Olivier Ponti.

He went on to add that a cease-fire and successful peace talks, would improve outlook for travel.

Study: Greek Hotels Found it Hard to Find Staff in 2021