Stolen Antiquities Return to Greece from the United States 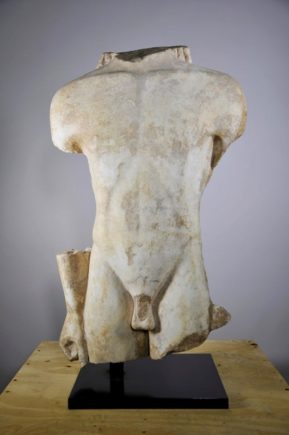 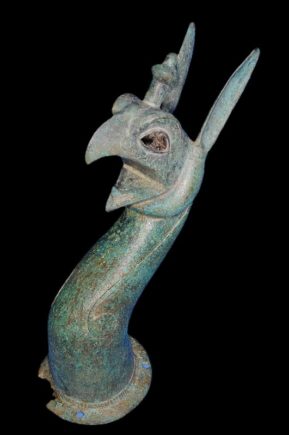 Griffin bronze bust from the island of Samos, 660-630 BC. Photo source: Culture Ministry

A total of 47 stolen antiquities will soon return to Greece from the US, following the completion of a long-term investigation conducted by the Manhattan District Attorney’s Office in New York.

According to an announcement by the Greek Culture Ministry, the antiquities, owned by US billionaire and art collector Michael Steinhardt, are part of a wide collection of artifacts originating from different cultures.

Steinhardt’s collection includes 180 antiquities that were illegally exported from their countries of origin, the ministry said.

The ancient objects that were identified and will soon return to Greece originate from Central Greece, Crete, the Cyclades (Paros, Naxos), Samos and Rhodes.

Among these are a Minoan shrine, a kouros sculpture, a bronze griffin bust, Cycladic vessels, figurines and bronze swords. 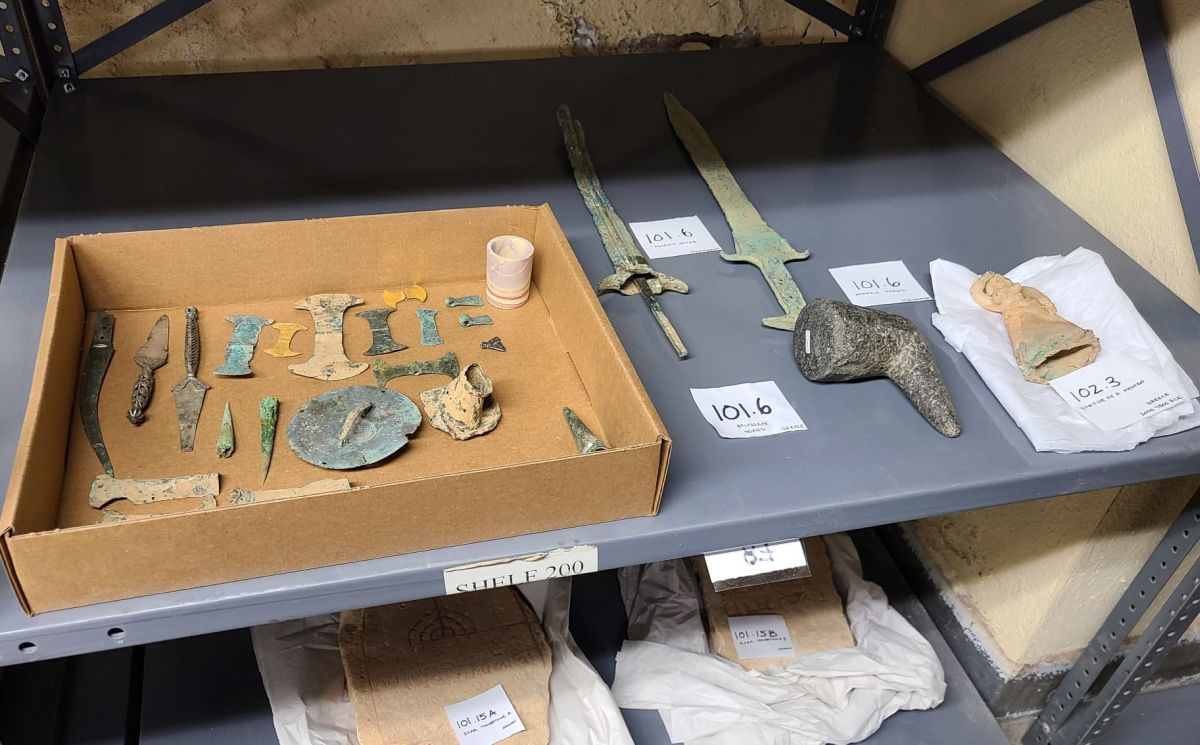 Culture Minister Lina Mendoni thanked US authorities, their staff and District Attorney Matthew Bogdanos, as well as the ministry’s staff for their contribution to the investigation for the recovery of the stolen antiquities.

During the last three years, the ministry’s directorate for the documentation and protection of cultural property has been assisting the US authorities in their investigation to located the Greek stolen artifacts.

“I would like to thank the directorate for its daily constant fight against the illegal trafficking of our country’s cultural treasures,” Mendoni said.

Lampsa Hellenic Hotels Optimistic that Recovery will Begin in 2022