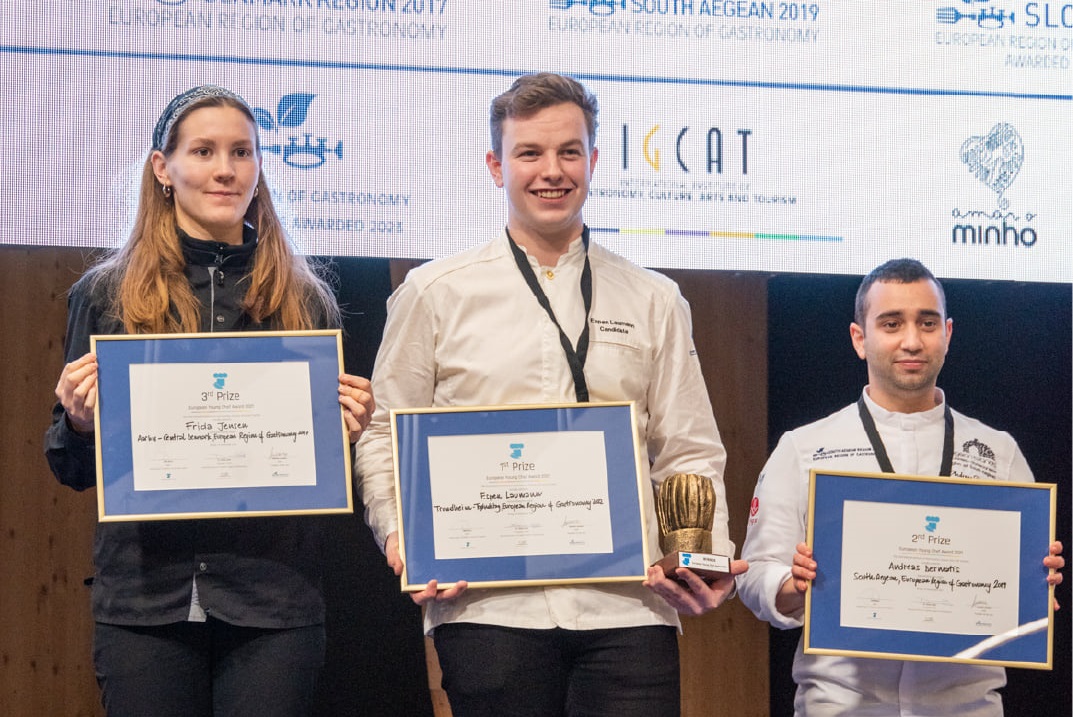 The South Aegean Region is among the winners of the European Young Chef Award 2021, the annual gastronomy competition organized by the International Institute of Gastronomy, Culture, Arts and Tourism (IGCAT).

Andreas won the second prize with the “lakani”, a traditional recipe from the island of Rhodes, made with lamp and chickpeas.

Chef Espen Laumann was announced winner representing the region of Trondheim-Trøndelag in Norway – also announced European Region of Gastronomy for 2022. 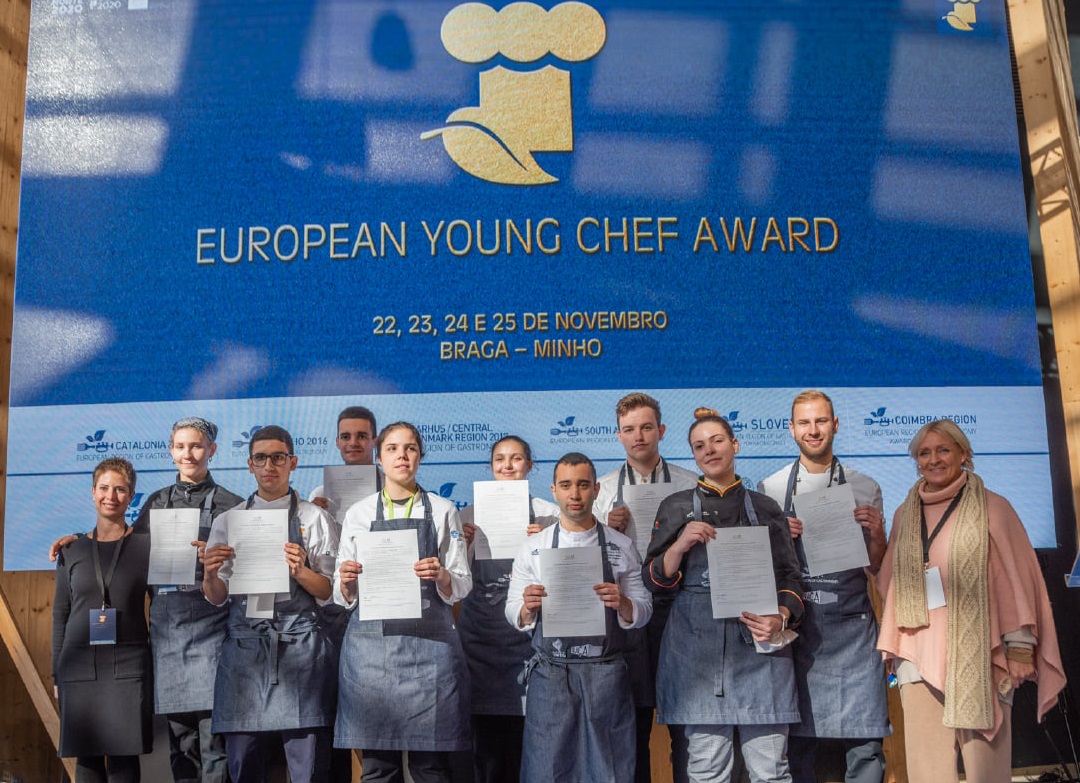 The European Young Chef Award aims to promote innovation in traditional cuisine and sustainable gastronomy, as well as to find the future ambassadors of local products.

The South Aegean region has received multiple awards in the European Young Chef Award since its establishment in 2016. The region has again won the first and second prizes in collaboration with the Chefs Club of the Dodecanese and Cyclades.

“This is the result of the excellent work of our young chefs who represent the South Aegean every year, as well as of our islands’ chefs with whom we cooperate for their selection and preparation,” South Aegean Governor George Hatzimarkos said.

Andreas’ mentor during his participation in the European Young Chef Award 2021 was Chef Dimitris Kontaratos.

Ryanair to Connect Corfu with Kyiv and Zagreb in Summer 2022