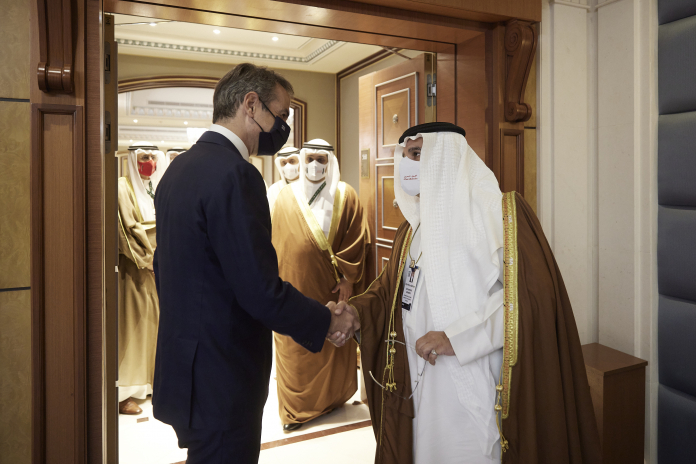 The two leaders also discussed international and regional issues as well as developments in the Middle East. Mitsotakis also met with Saudi business people who have expressed interest in investing in Greece as well as with Saudi Arabia-based Greek entrepreneurs.

As part of his visit to Saudi Arabia, Mitsotakis participated in the “Future Investment Initiative” conference held in Riyadh, where he said Greece was with hard work and under unprecedented circumstances due to Covid-19 evolving into a major investment destination.

Leading the way is tourism, he said, attracting global investors who will contribute to the creation of even higher standard  hospitality facilities. In this direction, Mitsotakis said Greece can share its knowhow and Saudi Arabia can achieve “great things” in the area of hospitality.

“There is therefore another area of possible cooperation where we can exchange our knowhow with a country that is exploring its prospects in various types of investment,” he said. 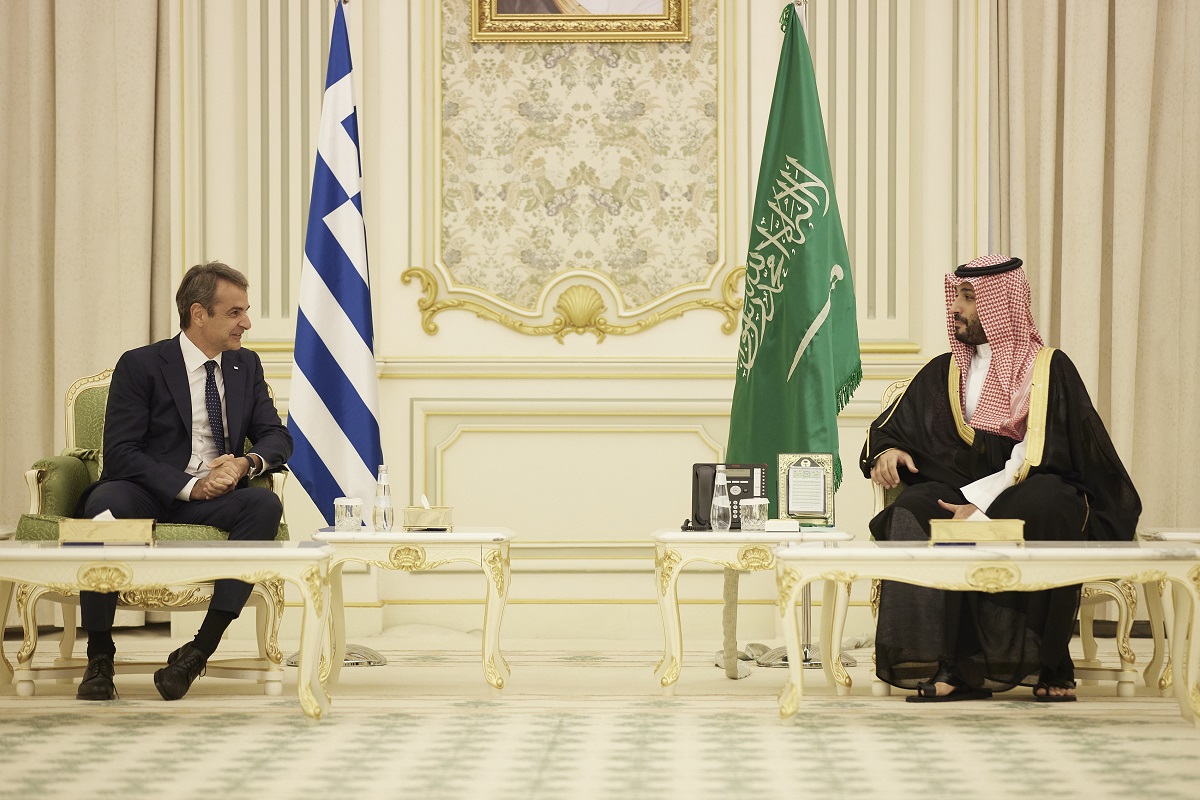 The prime minister referred to forecasts of Greece achieving 60 to 70 percent of 2019 pre-pandemic tourism revenue levels and said Greece would fare even better next year.

Lastly, he underlined the importance of 32 billion euros in recovery funding, which he said will go a long way towards creating the Greece of the future.