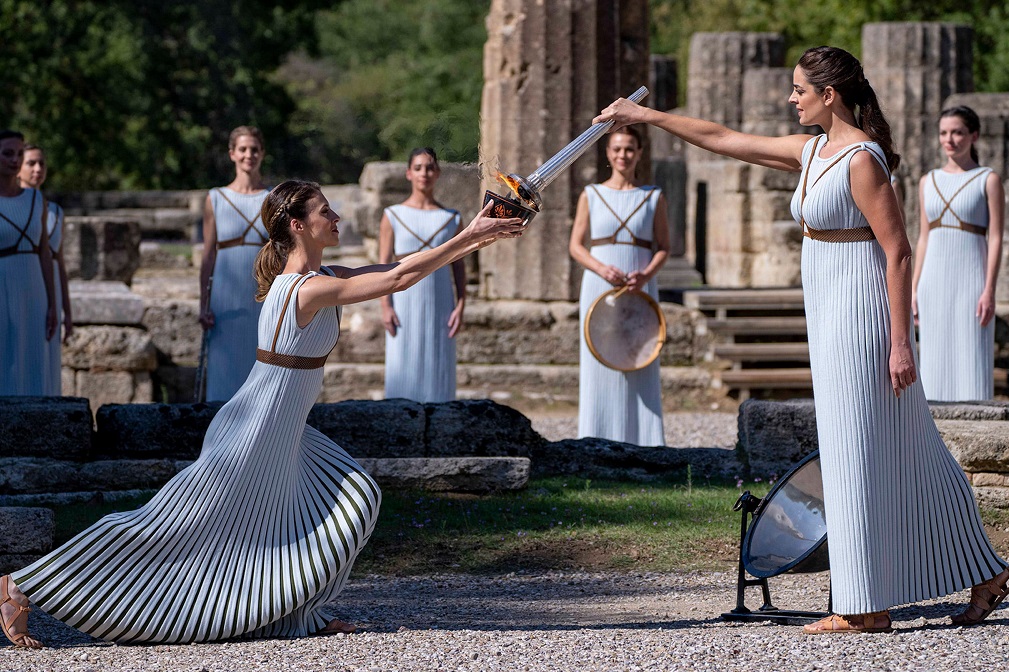 The Olympic flame for the Olympic Winter Games Beijing 2022 was lit on Monday in Ancient Olympia, Greece, marking the start of its journey to China where, in just over 100 days, the Games will begin.

The traditional ceremony, held near the Temple of Hera, celebrates the Olympic Games’ Greek heritage connecting the modern Games to their historic origins. 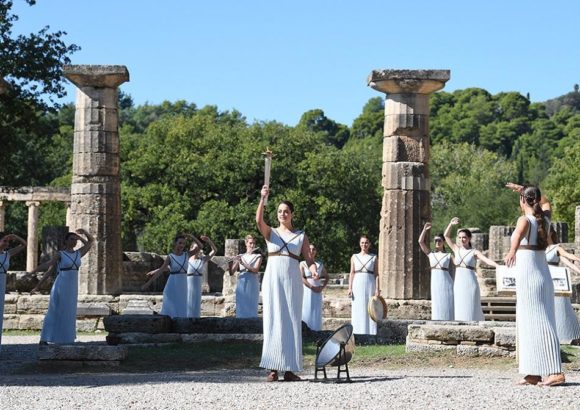 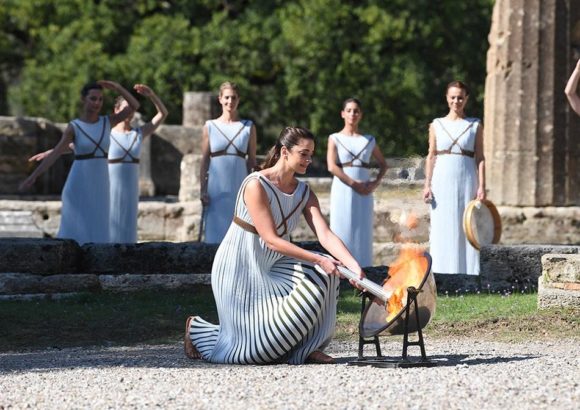 After the Olympic flame was lit by the High Priestess, it began its journey with Greek skier Ioannis Antoniou, an Olympian who also assumed the role of first torchbearer for the Olympic Winter Games Sochi 2014.

The flame was then passed to Chinese Olympian Li Jiajun, a winner of five medals in speed skating at the 1998, 2002 and 2006 Olympic Winter Games. 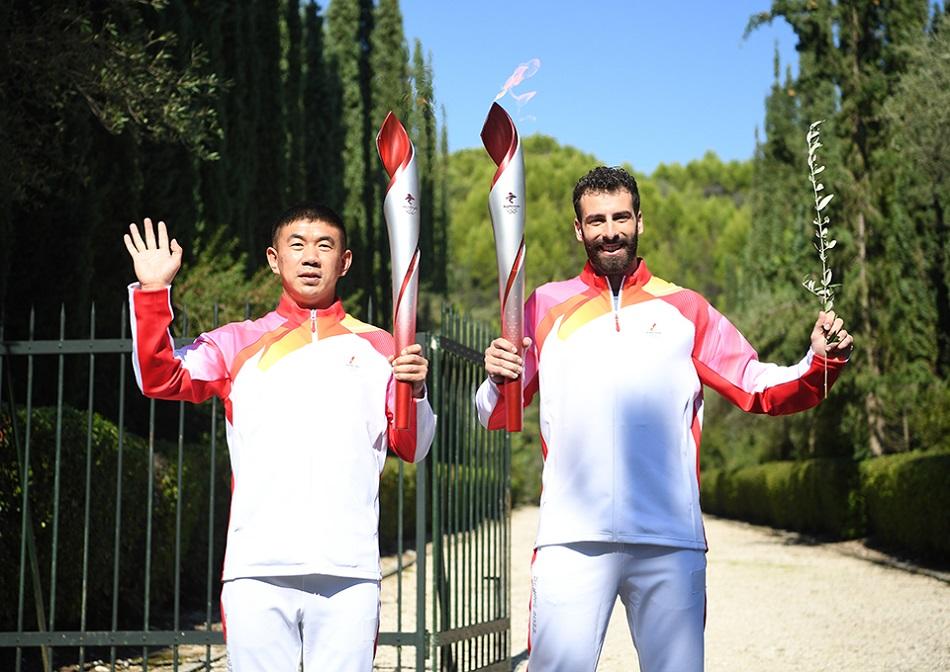 Due to the Covid-19 measures, the ceremony was held under strict conditions, with only a limited delegation present.

During the event, International Olympic Committee (IOC) President Thomas Bach made it clear that the Olympic Games have always stood above conflict.

“In our fragile world, where division, conflict and mistrust are on the rise, the Olympic Games always build bridges. They never erect walls,” he said.

Peace and solidarity were an important theme throughout President Bach’s speech in Ancient Olympia.

The Olympic Games “inspire us to solve problems in friendship and solidarity. They build bridges leading to better understanding and friendship among people. This is the timeless message that this Olympic flame will send from our spiritual home here in Ancient Olympia, to Beijing, and to the world,” Bach said.

Turning to the host city, he added that Beijing will write history as the first city ever to host both the summer and winter editions of the Olympic Games. 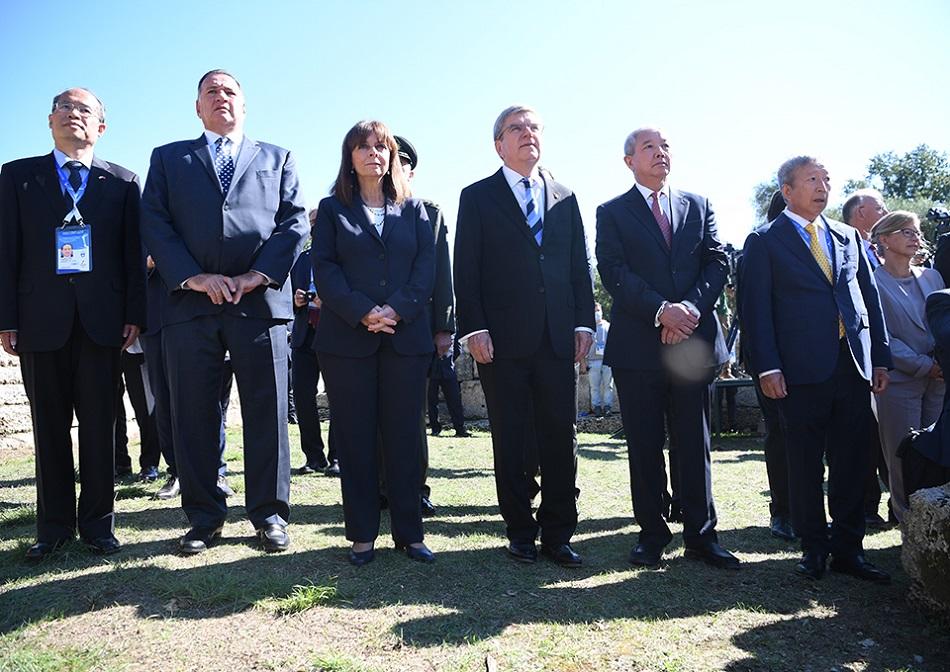 Following the ceremony, the Olympic flame will be transported to the Panathenaic Stadium in Athens, where on October 19 the official handover to the Beijing 2022 Organising Committee will take place before the flame departs for China.

A welcome ceremony will be held in Beijing on October 20, with the flame initially going on display to the public at the Beijing Olympic Tower before setting off on a flame exhibition tour.

Closer to the Games, a traditional Olympic Torch Relay will be held.

The Olympic Winter Games will take place in Beijing between February 4-20, with the participation of around 2,900 athletes, representing approximately 85 National Olympic Committees. 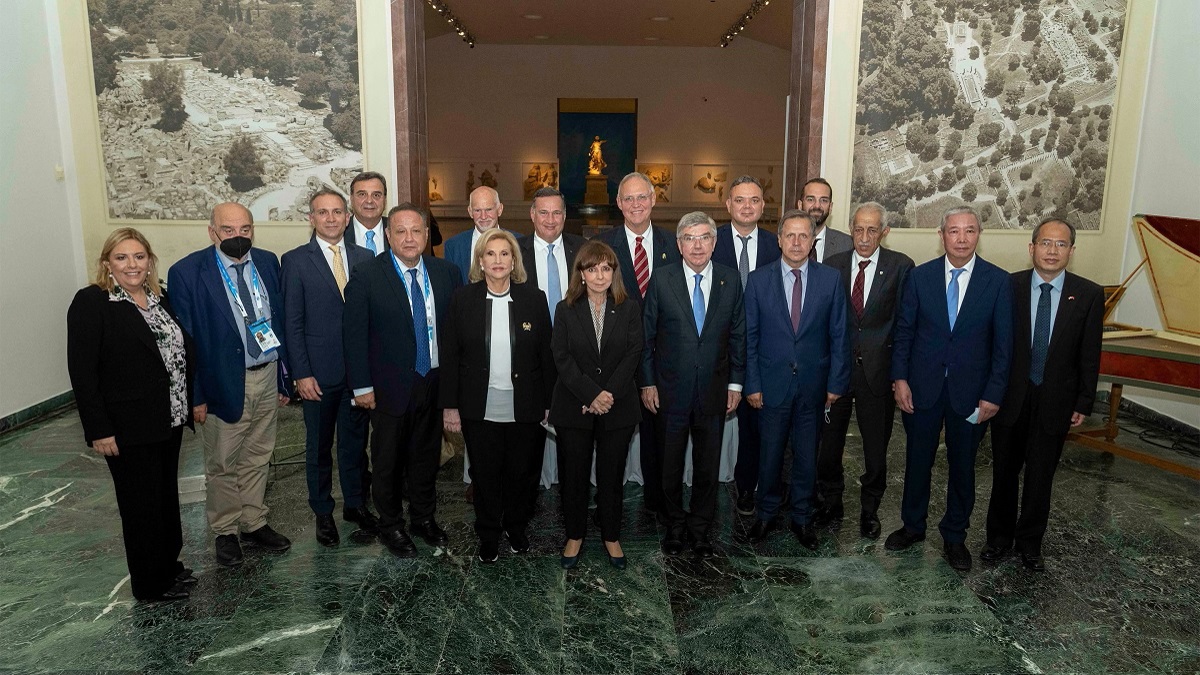 The declaration was co-signed by International Olympic Committee (IOC) President Thomas Bach and President of the Hellenic Republic Katerina Sakellaropoulou, as well as other prominent personalities and organisations.