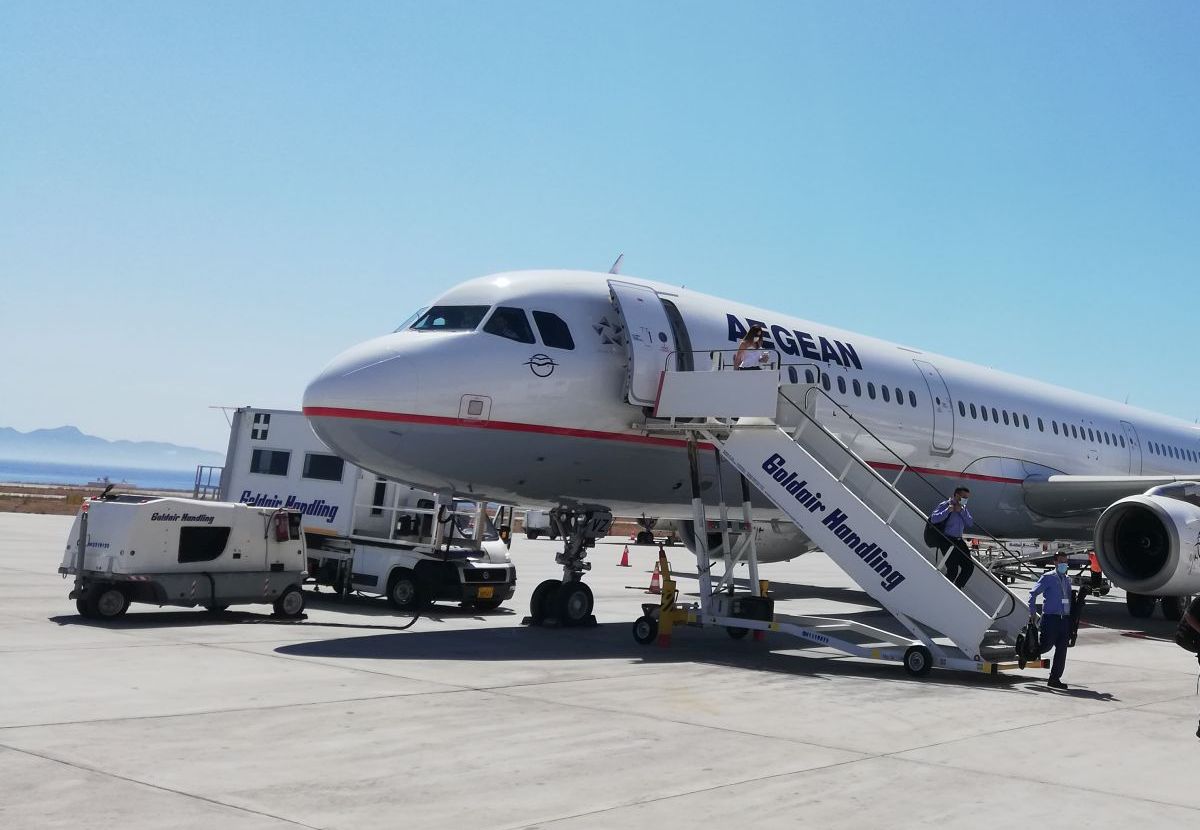 Greek airline company AEGEAN recorded positive cash flows and a reduction in total losses in the second quarter of the year despite limited activity, which remained at 35 percent of 2019 activity.

The restrictive Covid-19 measures in force until mid-May continued to weigh heavily on AEGEAN’s activity and results, the Group said in its financial results for the second quarter and first half of 2021 released on Friday.

However, the company’s efforts to adjust flight operations within the restrictions in conjunction with cost management and gradual flight activity restart towards the end of the quarter contributed to more positive financial results.

“Since late May, following the easing of travel restrictions, air traffic showed signs of significant recovery. We achieved for the first-time positive cash flows for the quarter, after 18 months and got on track for a summer season closer to normal,” AEGEAN CEO Dimitris Gerogiannis said.

More specifically, during the second quarter, AEGEAN’s activity remained at low levels, i.e. 35 percent of 2019 activity in ASK’s, being although significantly higher relative to 2020. The Group operated more than 15,000 flights and carried 1.2 million passengers.

According to AEGEAN, cash flow from operations in the second quarter was positive for the first time since the pandemic outbreak in March 2020, mainly due to the increase of tickets pre-sales for the summer. Cash and cash equivalent stood at 545,7 million euros on June 30, 2021, including the 60 million euros share capital increase completion but not including the EU approved State Aid which was received in early July 2021 (second half of the year).

“The recovery in travel demand evidenced in the third quarter, especially towards Greece and our increased activity from several bases to important source markets, yielded a significant gain in passengers in July and August reaching 2.3 million passengers,” AEGEAN’s CEO said.

Gerogiannis said that AEGEAN is moving forward with its investments in fleet, product and training, “while being mindful of the significant challenges remaining ahead due to the pandemic”.

Autograph Collection Hotels Welcomes Domes of Corfu to its Portfolio