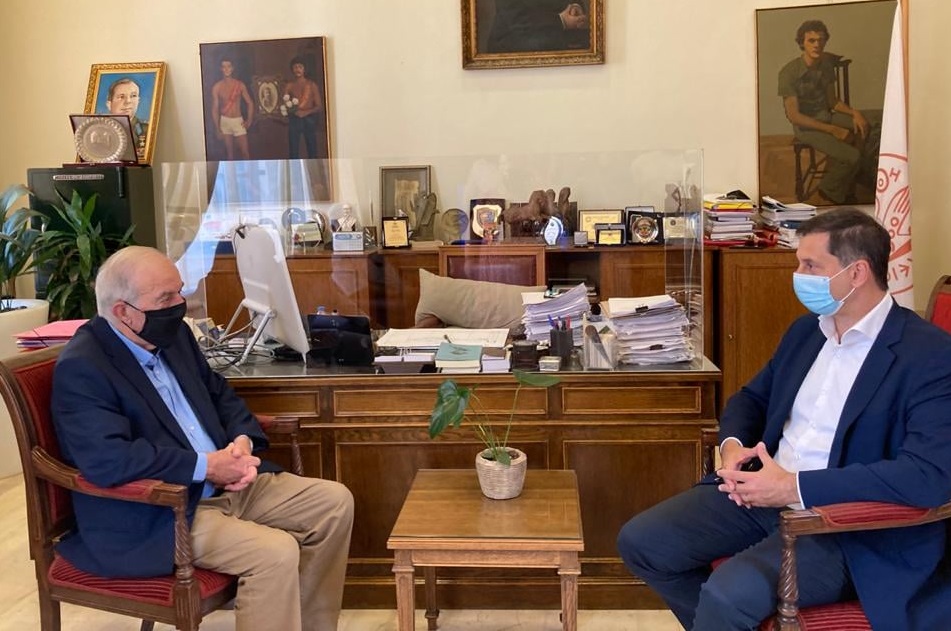 Accelerating and expanding the reach of vaccination topped the agenda of talks between Tourism Minister Harry Theoharis and Heraklion Mayor Vassilis Lambrinos on Thursday, in view of rising Covid-19 cases on the island of Crete.

Theoharis referred to the importance of boosting vaccinations in the capital of Crete, adding that it was the only way out of the health crisis.

In this direction, Lambrinos presented the municipality’s new video (below, in Greek) urging people to get the jab. The mayor also underlined the importance of cooperation between all public and private bodies to achieve the goal.

The two sides also discussed plans and the design of Heraklion’s 1,000 berth marina expected to contribute significantly to tourism activity.

The minister said actions were being taken to enhance the number of operational berths and said upgrades of infrastructure were in the pipeline.

In this direction, he referred to an ongoing study into the development of the country’s marinas which will produce the results that will affect relevant policies in the coming years. Works will follow based on these policies he said, adding that these will be funded by the EU’s recovery tool under the national Greece 2.0 plan.