Greece stands to gain 2.8 billion euros in the next decade if it taps into the potential of its marinas, revealed a study presented this week by research and policy institute diaNEOsis.

The data echoes the findings of a Greek Marinas Association study released earlier this year.

More specifically, the development of some 5,164 berths across Greece can generate 2.86 billion euros by 2031, said the report, noting that currently of the 27,512 assigned berths only 30.9 percent are operational or 8,499.

The study adds that from 2031 onwards, the new berths’ direct and indirect contribution will amount to 602.7 million euros and will support 8,422 jobs on an annual basis.

In another scenario: tapping into 15 percent of existing berths, Greece stands to gain 1.57 billion euros. As of 2031 onwards, the total annual impact on the economy would come to 332.9 million euros supporting some 4,652 direct jobs.

On the downside, the report found that though a large number of tourist ports have received spatial planning approval, they have not entered construction stage while another significant percentage has been constructed but never used.

As a result, only 22 percent (or 37) of the 168 tourist ports are operational today and out of the total of 62 constructed marinas only 23 are operational (37.1 percent), said diaNEOsis. 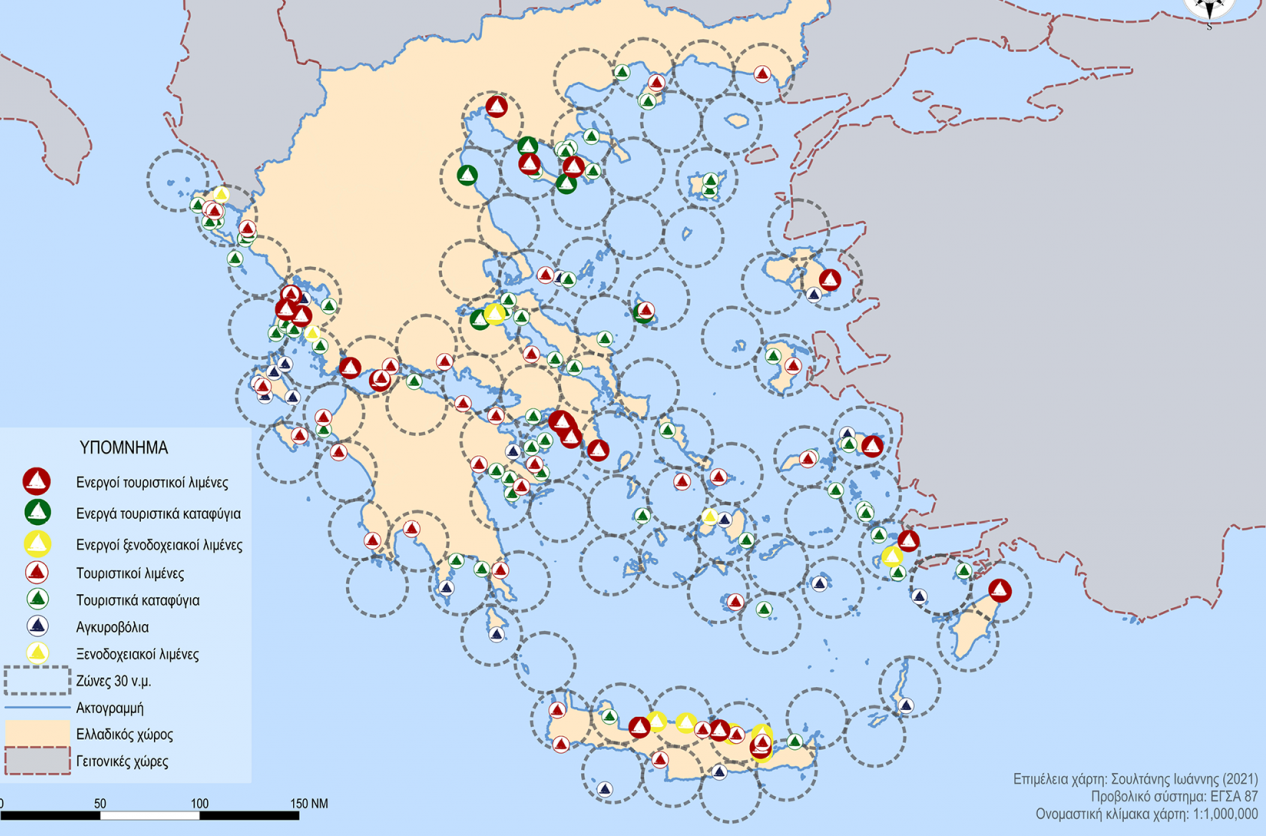 The research and policy institute has proposed a four-pronged plan focusing on investments, infrastructure upgrades and network expansion, marina management and utilization, and digitization for the development of the industry.

As setbacks to growth it cites the lack of clear strategy, unfriendly investor tender processes, inconsistent and outdated legal framework, and lagging training for tourism professionals employed at marinas.

At the same time, diaNeosis analysts underlined the importance of adapting Greek marinas to the emerging conditions of climate change.

German DRV 2021 Conference in Greece a ‘Vote of Confidence’