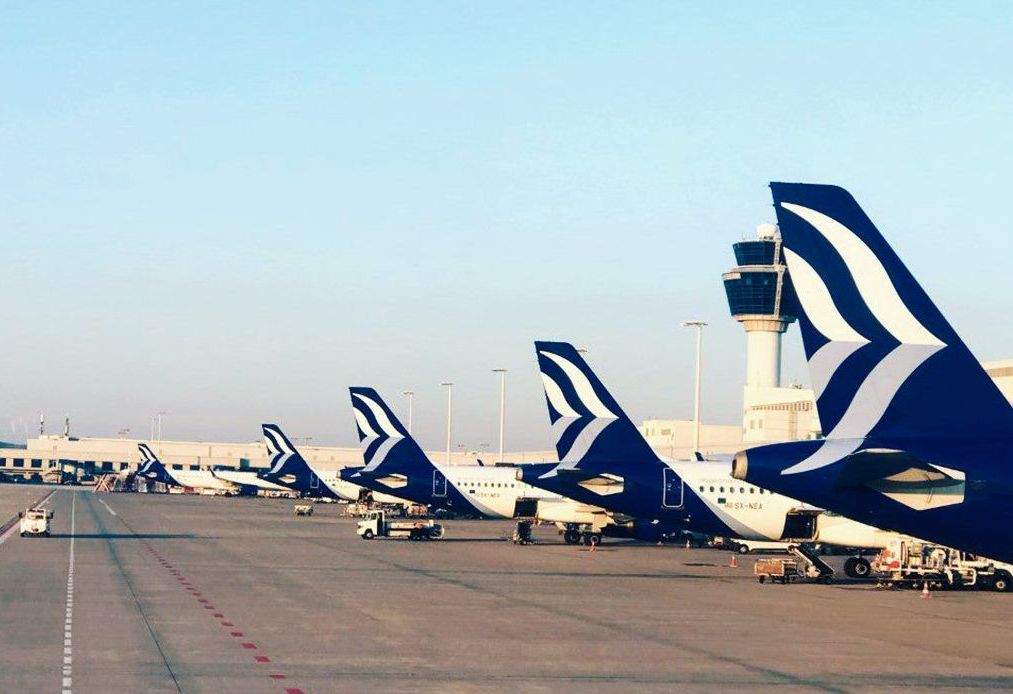 It will most likely take Greece approximately four years to achieve 92 percent of 2019 air traffic levels, according to a report on the impact of the Covid-19 crisis on countries across Europe, released this week by the European Organization for the Safety of Air Navigation (Eurocontrol).

The report, which includes information on airports, major airlines, market segments and traffic flows for EU countries, forecasts that in 2021, air traffic in and out of Greece will achieve 47 percent of 2019 levels, rising to 69 percent in 2022. 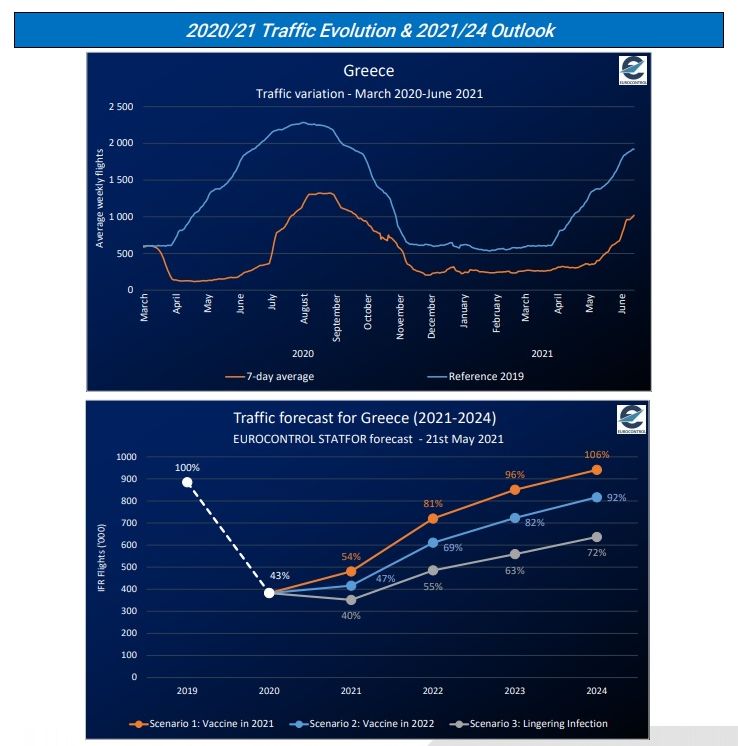 Signs of recovery have already evident after the Hellenic Civil Aviation Authority (HCAA) reported on Wednesday, that incoming passenger traffic through Greece’s airports picked up in May marking a 673.4 percent increase compared to the same month in 2020.

At the same time, Eurocontrol released additional data ranking Athens International Airport 7th among the most frequented airports in Europe.

In the June 3-9 period, Athens Airport welcomed 467 flights on average per day. 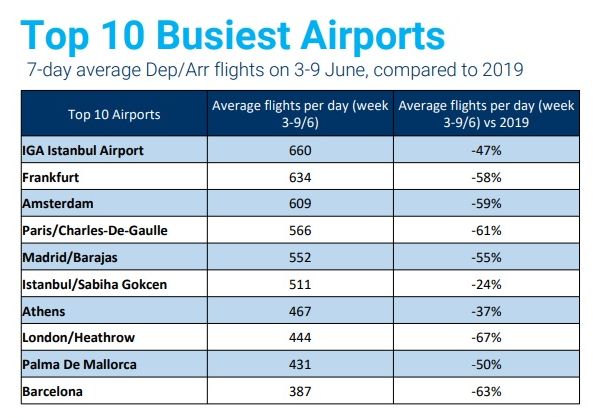 “Greece is now above 50 percent of 2019 traffic with Athens Airport at 65 percent,” said Eamonn Brennan, director general of Eurocontrol via his twitter account on Wednesday.

Greece was among the top 10 countries reporting the highest increases in flights over the last two weeks marking a 49 percent rise mainly driven by Olympic, Sky Express and Ryanair, domestic flows, and flows to Northern Europe, said Eurocontrol.

The top three airports in terms of daily departures and arrivals were those of Istanbul, Frankfurt, and Amsterdam.