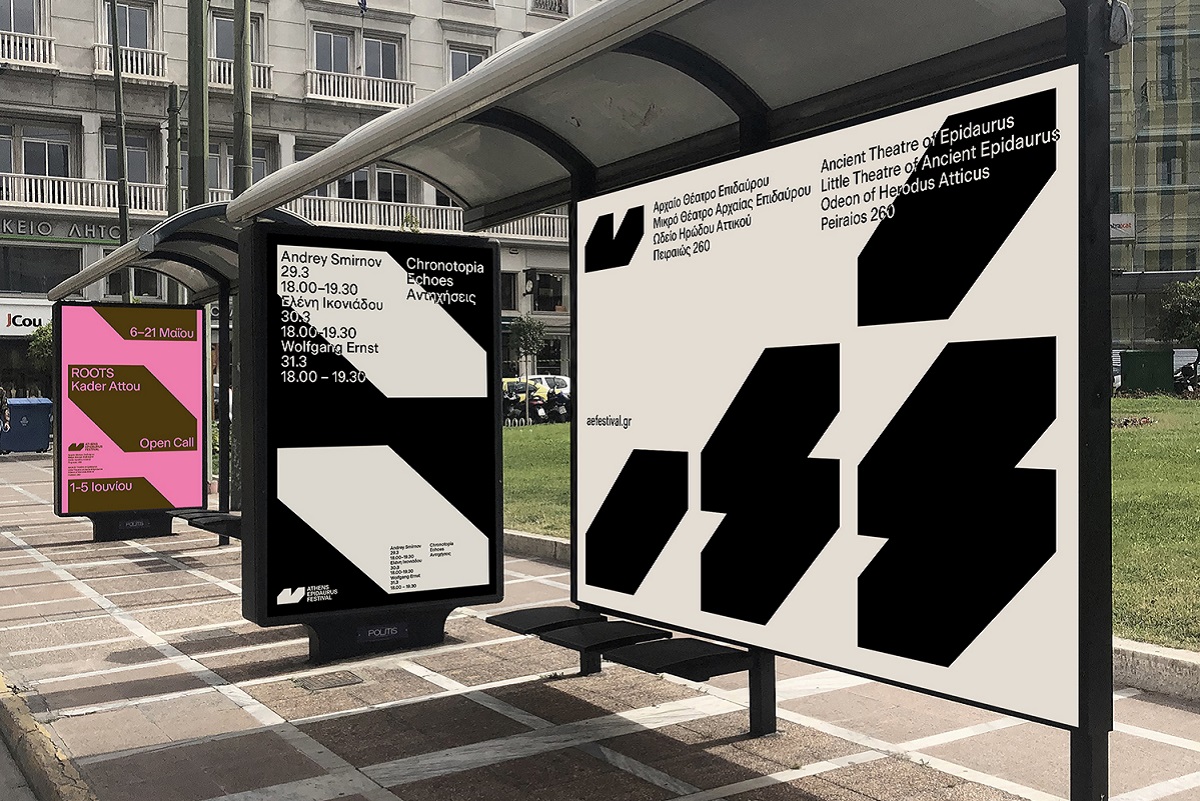 The Athens Epidaurus Festival, one of Greece’s most significant annual cultural events, has launched a new brand identity, with the aim to introduce its audience to a new era of cultural creation.

The previous logo (right) had been an integral part of the festival since 1998.

According to Athens Epidaurus Festival Artistic Director Katerina Evangelatos, the new brand identity will mark the beginning of a new era for the festival.

“This past difficult winter, not only did we prepare the 2021 artistic program and launch a successful set of new initiatives entitled Open Plan, but we also worked towards redesigning our brand identity, as part of an overall effort to provide a breath of fresh air into this institution… The new identity aims, among other things, to highlight the historical continuity of a festival spanning 66 years by drawing attention to its pioneering character and its high standing as one of the most prominent cultural organizations, both in Europe and worldwide,” she said.

“Our relationship with the international scene is of paramount importance: we are a Greek, European, and international Festival. Our audience includes Greeks and thousands of visitors from around the world. This is precisely why we have decided to [re]introduce ourselves with our international name: Athens Epidaurus Festival,” Evangelatos added.

The new visual identity was created by designer and creative director Dimitris Papazoglou and the DpS / Athens team.

Reflecting both the fresh vision of the Athens Epidaurus Festival and the demand for stronger emphasis on promotion and openness in connection to Greece’s leading cultural organization through various applications, the festival’s new brand identity responds to two basic needs.

According to Papazoglou “it is a powerful, symbolic statement, whose conceptual references, connotations, and interpretations visually encapsulate the festival’s core philosophy.

Furthermore, as a tool of communication, the new brand identity is multifunctional, creatively flexible, and experimental, effectively covering a wide range of applications”.