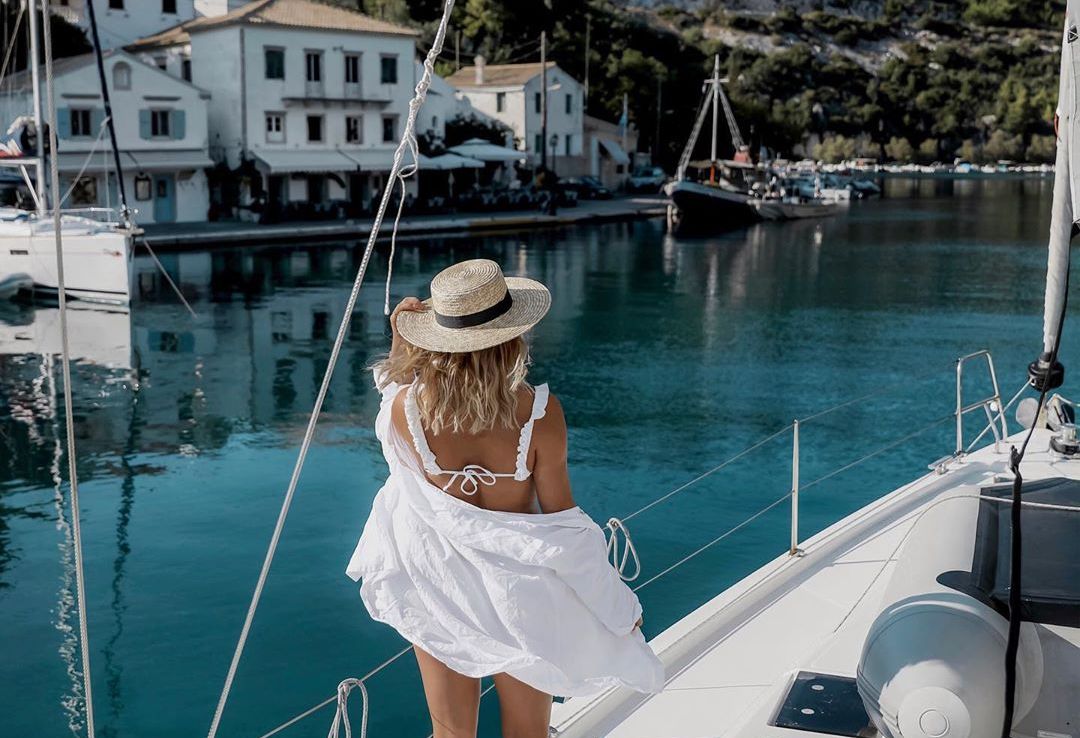 Greek tourism professionals are expecting the sector to recover slowly in the post-Covid-19 era, according to a survey carried out by market research company MRB Hellas. 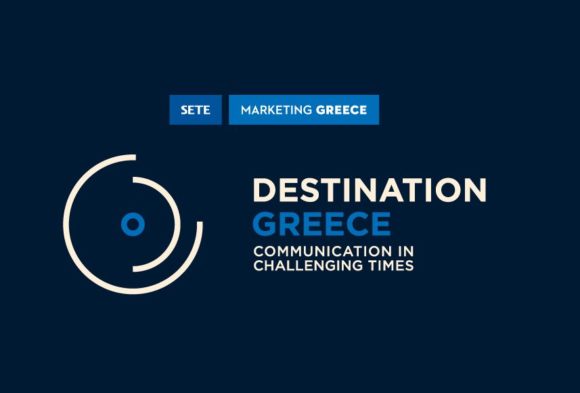 MRB’s survey, in which 143 SETE members participated, aimed to determine the industry’s expectations post-Covid-19 and also highlight what needs to be improved for Greece’s promotion abroad and what exactly makes the country special.

“In the post-Covid-19 era, Greek tourism must and can overcome the crisis that exists due to circumstance and once again become the locomotive of the Greek economy,” Mavros said.

When will Greek tourism recover?

According to MRB’s survey, Greek professionals are relatively pessimistic about the pace of recovery of Greek tourism and expect that it will take time for the sector to take a turn for the better, as 60 percent of respondents estimate that their businesses will fully recover in 2023 or later, 32 percent said that a full recovery will be achieved during 2022 and only a mere 2 percent appeared optimistic and said they expect the industry to bounce back in 2021. 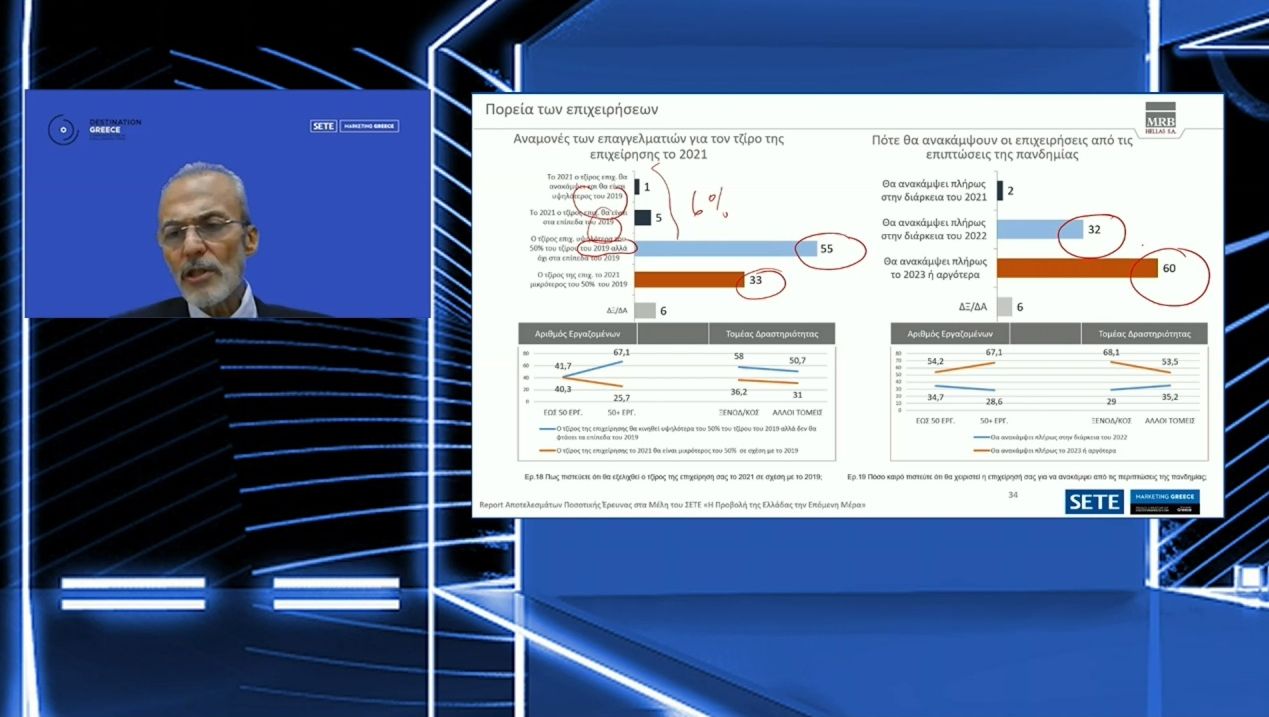 On the other hand, when asked their opinion on how well each Greek destination was being communicated individually to markets abroad, a whopping 81 percent of tourism professionals answered that individual destinations are “not sufficiently communicated abroad” or are “communicated very little abroad”.

Again, in reference to the promotion of Greek destinations individually, 65.1 percent of Greek professionals said they believed that their promotion is “instrumental for internal political reasons” and 20.3 percent said that the current promotional efforts were being carried out with continuity and consistency. 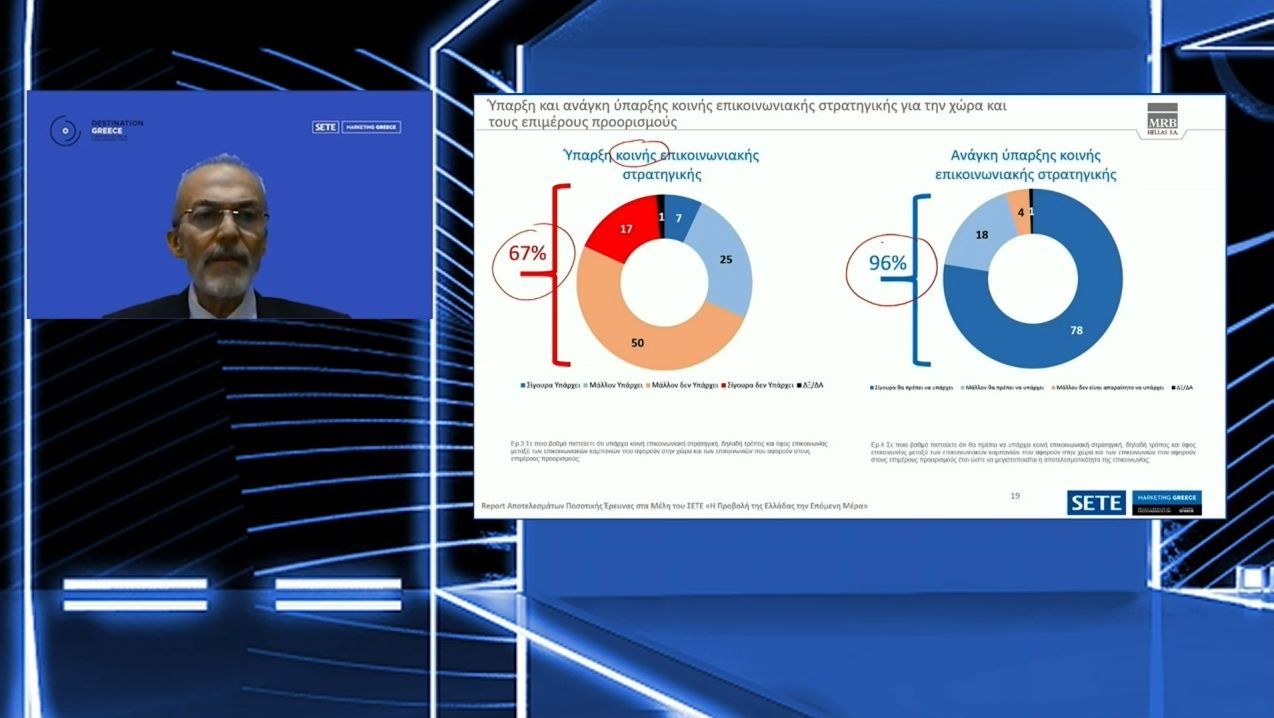 What is needed for a successful communication strategy?

Regarding the parameters that should be taken into account for a successful communication strategy of Greek destinations, 82.5 percent of SETE’s members said that each destination should have a digital presence and the same percentage underlined the importance of a marketing plan. Over 72 percents of respondents said cooperation with the private sector is also key for Greek destination’s to have a successful communication strategy to markets abroad. Other important parameters include the launch of a tourist promotion and destination management agency with the participation of local government and individuals (70 percent) and over half of respondents said that additional cooperation with airline companies and tour operators, as well as having a presence in international exhibitions were important for a successful communication strategy.

What promotes Greece’s image the best?

More into MRB’s findings, tourism professionals find Greece’s cultural identity (archaeological monuments) and Greek gastronomy to be the main features contributing to the promotion of the country abroad. The majority highlighted that gastronomy (local Greek food products including wines) was not promoted enough and consider it as a main feature to promote Greece’s image on an international level.

A large percentage of professionals also said they believed that product brands that are “Made in Greece” could boost the country’s image abroad, as could Greeks with international influence, such as athletes and scientists.

Greek tourism professionals were also asked to give the words that they think would best send out the message of “Greece of tomorrow” and attract quality tourism.

While presenting the results, MRB’s president, Yiorgos Mavros, noted that professionals have moved away from the well-known features of “sun and sea” and have chosen different words and descriptions which should be taken under consideration when communicating a campaign for Greece.

The top 10 words chosen by professionals are the following:

Other key findings of the survey are the following:

– The majority of tourism professionals believe that improvements to public infrastructure is a precondition for Greece to see a successful tourism development in the post-Covid-19 era. 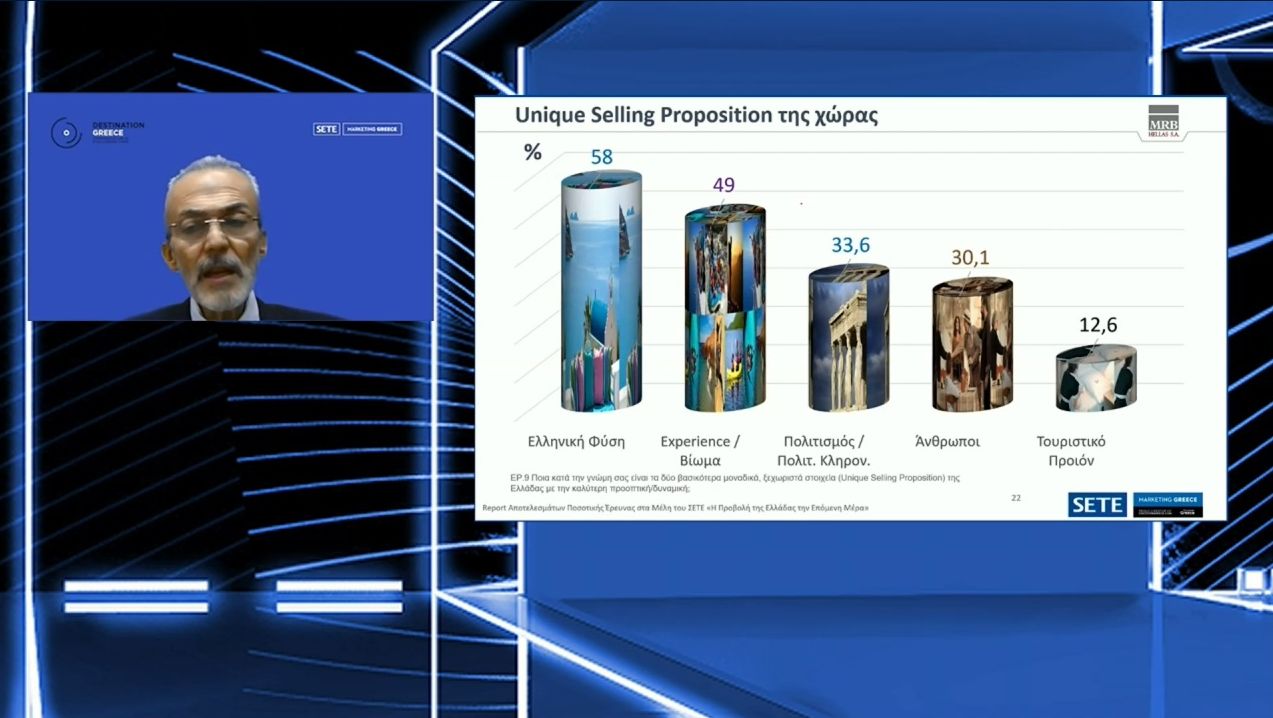 – Cultural heritage is an “asset” and should be included in Greece’s offered “interactive experience”.

– The majority of respondents (89 percent) find the promotional actions for destinations carried out by Marketing Greece as important, especially in the area of content creation.

On a final note, commenting on the survey’s findings, MRB’s president said that the Covid-19 crisis should be a springboard for the creation of a new tourism plan, based purely on technocratic criteria and beyond political and local conveniences.

“Everyone, the state, local government and individuals should join forces on the basis of a common strategic plan that will incorporate and make use of the country’s comparative advantages and its individual destinations, highlighting the elements of authenticity, humanity, culture and the dynamism of our tourism product,” he said.

Greek Coast Guard Steps Up Checks on Ferries and Travelers