An inspection into the change of status of the World Heritage Site and former Orthodox church of Hagia Sophia into a mosque last summer has still not been finalized, said UNESCO this week.

Despite UNESCO advising against Turkey’s decision to convert the historic site into a mosque last summer, the country’s culture minister continues to claim that there has been no such reaction.

“UNESCO reacted to the change of Hagia Sophia’s status as early as July 2020 and expressed its concern in this regard. This position has remained constant since then,” said UNESCO Director-general Audrey Azoulay in response to Turkish Culture Minister Mehmet Nuri Ersoy’s remarks on the issue last week.

Posted on UNESCO’s website, the statement goes on to note that “UNESCO immediately initiated a review process and sent a mission to the property from 5 to 9 October 2020, led by an eminent cultural heritage expert, to look in detail at each of the potential implications of this change in status, and their impact on the outstanding universal value of the property.”

UNESCO goes on to note that “the inspection, which covers several components of the property Historic Areas of Constantinople, in particular Hagia Sophia and Chora, is still ongoing… and no conclusions can be drawn at this time”. 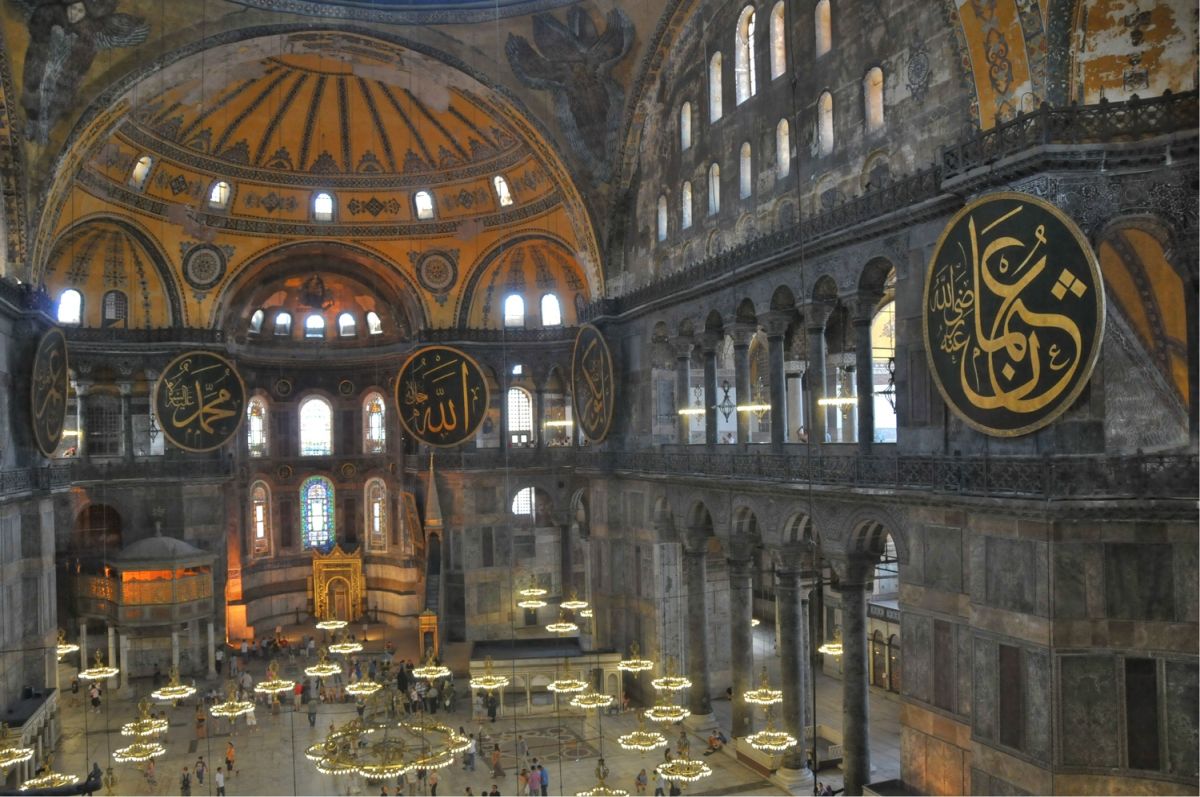 It should be noted that Turkey violated international laws in converting Hagia Sophia into a mosque annulling late Turkish Leader Kemal Ataturk’s 1930 decision to convert the former hub of Christianity into a museum. The decision triggered an global outcry but actions were not taken.

Inspection results are set to be submitted to the World Heritage Committee at its next session scheduled for June/July 2021.

In response to a question on the issue, Greek Culture Minister Lina Mendoni said UNESCO’s immediate reaction and three statements demonstrate the organization’s real concern with regard to Hagia Sophia, adding that Greece was awaiting the conclusion of UNESCO’s official report.

A integral part of Greek and Christian heritage and history, the Hagia Sophia, which means “Church of Divine Wisdom” in Greek, is considered one of the world’s greatest Byzantine monuments and one of Turkey’s leading tourist attractions.