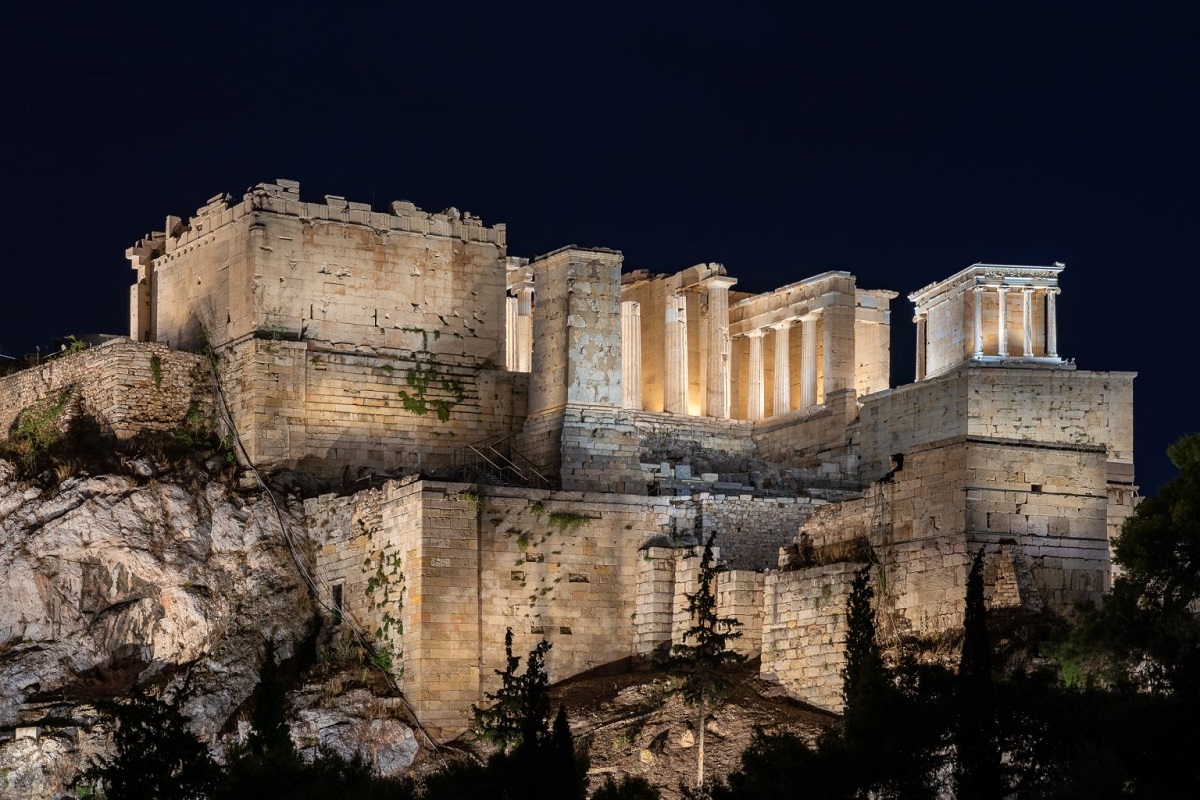 A new lighting system installed at the Acropolis in Athens is expected to unveil the unique features of Greece’s landmark site and its surrounding monuments, during an official presentation on Wednesday evening.

The new lighting will highlight nine points of the ancient monument: the Acropolis hill, the walls, the Parthenon, the Propylaea, the Temple of Athena Nike, the Erechtheion, the Theater of Dionysus, the Stoa of Eumenes and the Sanctuary of Dionysus.

As the Culture Ministry underlines, for the first time the choragic monument of Thrasyllos, the Asklepieion of Athens, the caves of Apollo and Aglauros, and the Sanctuary of Aphrodite, will all be illuminated. 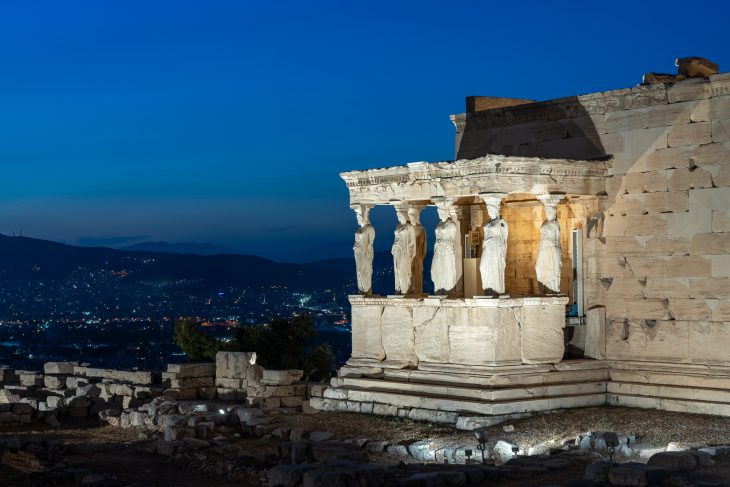 The new lighting covers the entire Acropolis hill, emphasizing the volume and geometry of its monuments from every possible corner. The marbles, brighter than ever, reflect every aspect, shape and natural material, emphasizing each monument’s decoration.

“Upgrading the infrastructure and services provided was a key priority for the culture ministry… Among the most significant projects were the lighting and the installation of a new elevator that would ensure accessibility to the archaeological site, not only for those with a disability but also for all those who have difficulty in approaching the Acropolis and its monuments,” Culture Minister Lina Mendoni said. 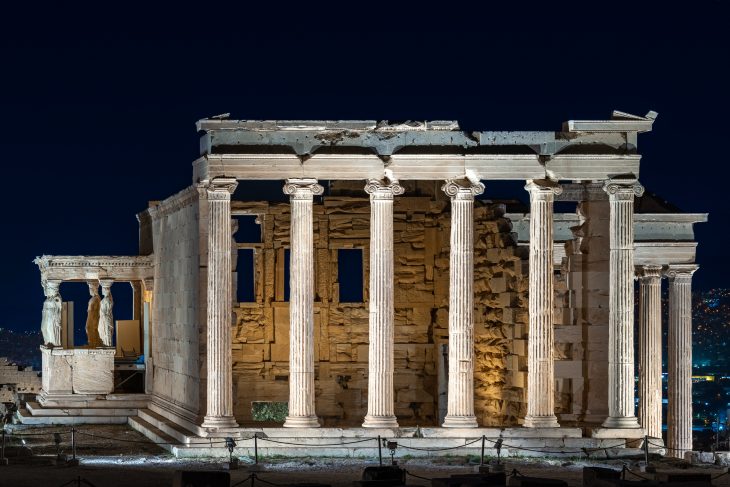 The new lighting has been designed by award-winning designer Eleftheria Deko and created with the support of the Onassis Foundation.

Greek Prime Minister Kyriakos Mitsotakis and state and European officials will be present at the unveiling ceremony of the new lighting system on Wednesday evening.

The live broadcast of the ceremony will be available here.