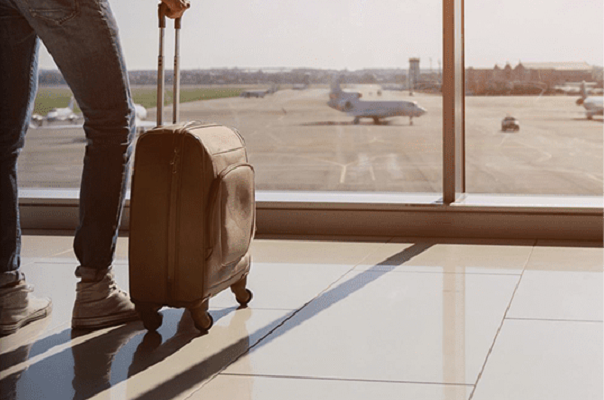 Flight restrictions, seat capacity, and government travel policies including Covid-19 testing and quarantine measures are affecting travel trends, according to the latest analysis by ForwardKeys.

According to the findings, not all of Europe has the same attitude towards travel and airfares. Based on flight search data provided by Skyscanner regarding airfares for the peak summer months of July and August, out of the UK, France, Germany, and the Netherlands – main source markets for Southern Europe – the UK has the most heavily discounted airfares, down by approximately 30 percent.

The Netherlands follows with slashed airfares to Spain, Italy, Greece, and Portugal.

On the other hand, in Germany and France, airfares to Italy have increased. 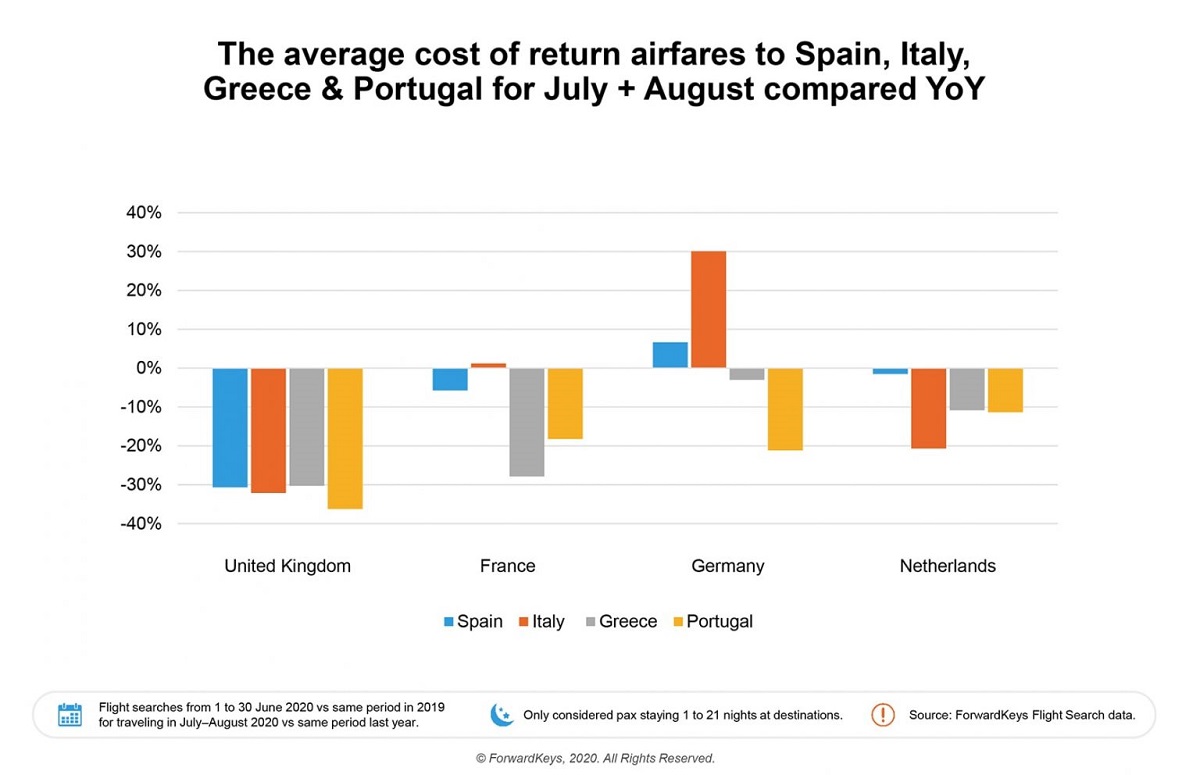 “Simply put, when there are fewer seats and flights available, fares go up,” says Luis Millan, senior researcher at ForwardKeys.

The report’s analysts note that based on week by week developments since January, fares have evolved depending on government decisions. Indicatively, fares from EU countries started to gradually recover 2019 price levels when demand began to pick up as countries announced they would be open for EU travelers. 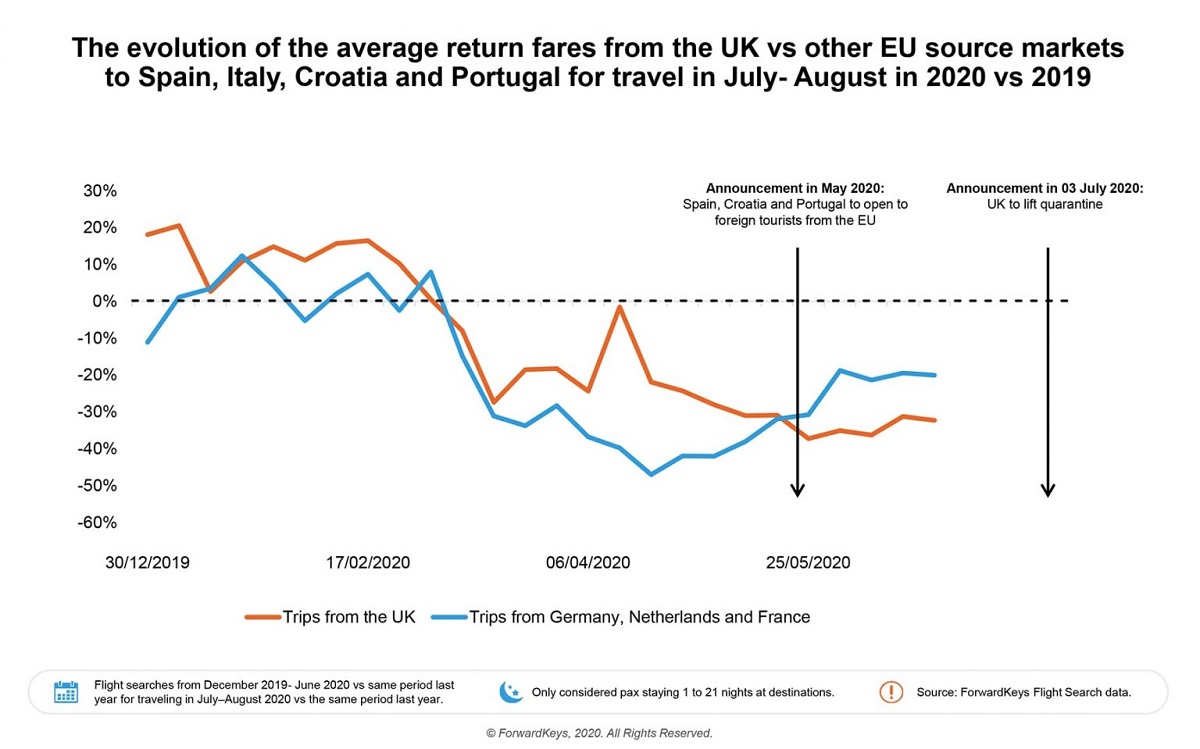 “We have started to see a clear correlation between official announcements of restrictive travel policies or flight corridors and demand. For example, the UK government imposed a 14-day quarantine on travelers from Spain on the 25th of July, and by the 26th of July, there already was a drop of 39 percent in searches from the UK for Spain,” said Millan.

At the same time, according the latest flight search data, traditionally popular holiday destinations such as Rome, Florence, and Milan will not be swamped with tourists from Germany in August. 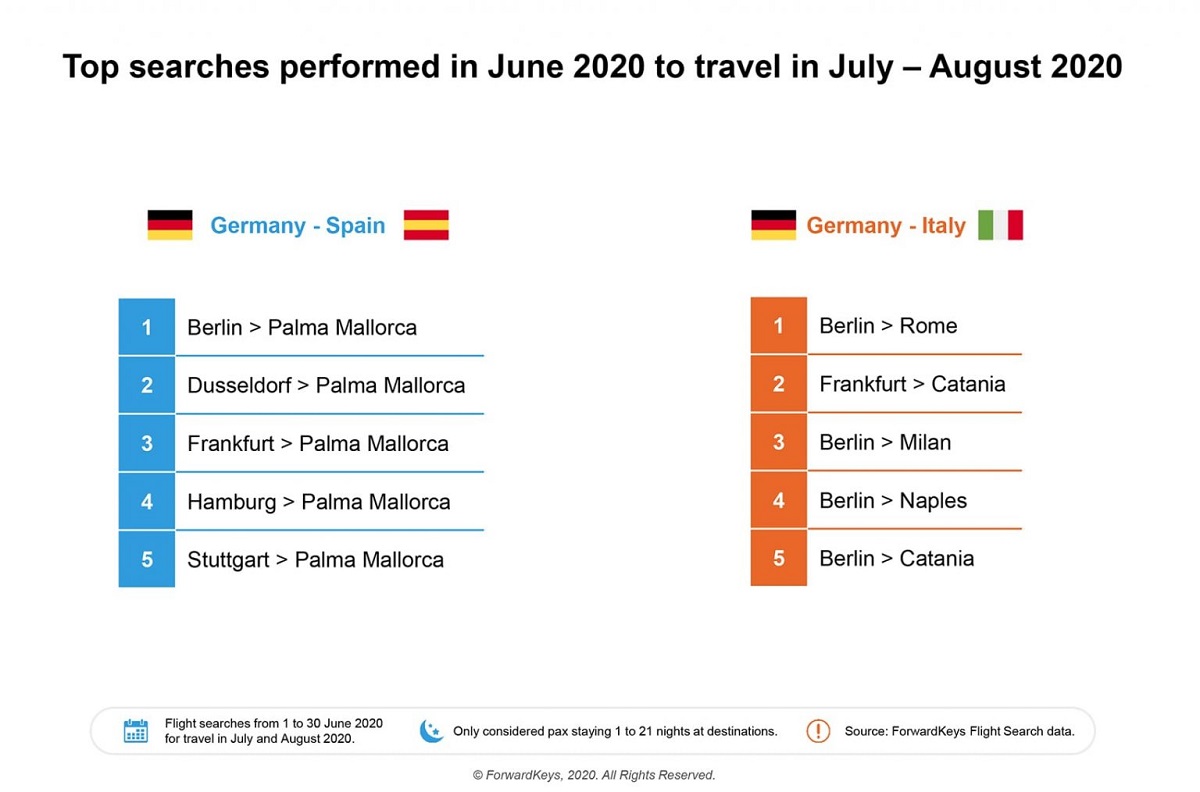 Meanwhile, in terms of popular destinations, Catania in Sicily has captured the attention of holidaymakers from Berlin and Frankfurt. Top searches in June 2020 for travel in July-August this year include Palma de Mallorca for Germans.