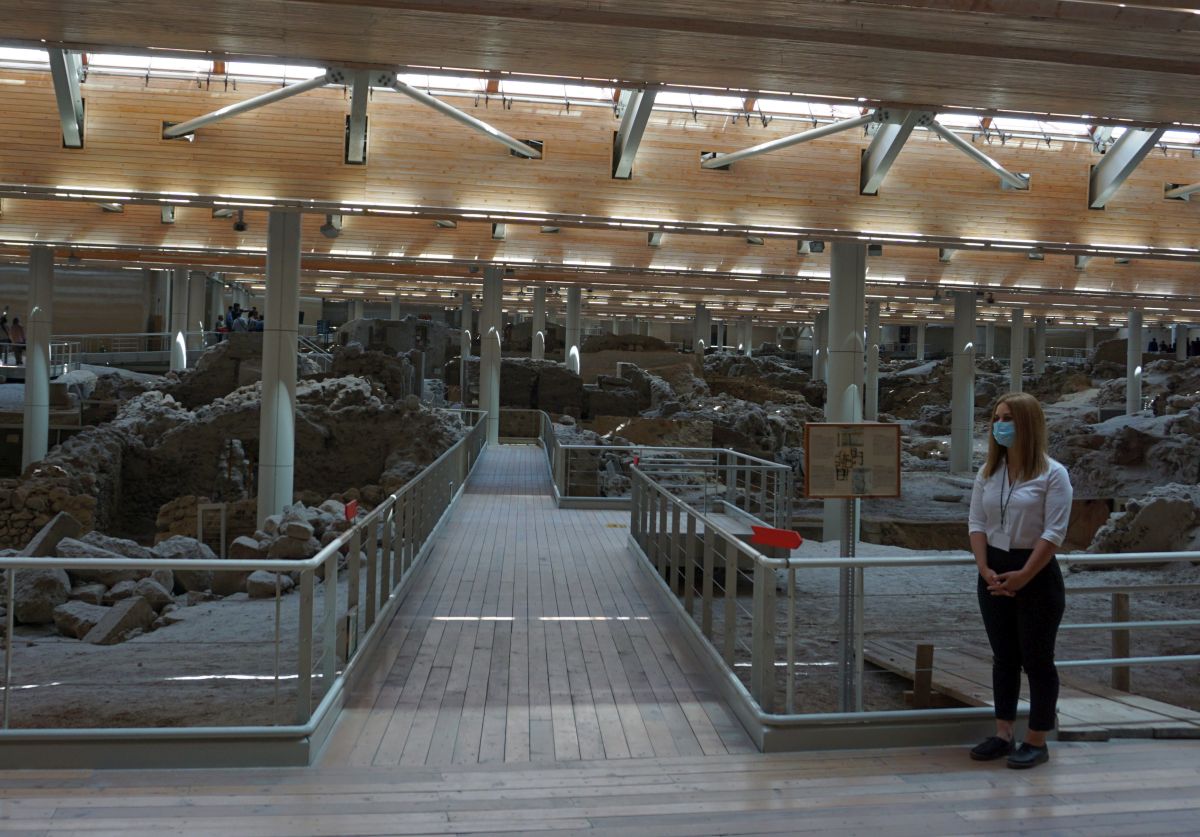 Greece’s museums and indoor areas of archaeological sites will reopen their doors to the public on Monday, June 15, after being shut for three months due to the Covid-19 pandemic.

“Safety comes first in our country’s museums… We are very pleased to be welcoming visitors again as of Monday,” Culture Minister Lina Mendoni said, while accompanying Greek Prime Minister Kyriakos Mitsotakis during his visit to the prehistoric settlement of Akrotiri on Santorini on Saturday.

The Greek PM arrived on the island to officially launch the country’s tourism season. 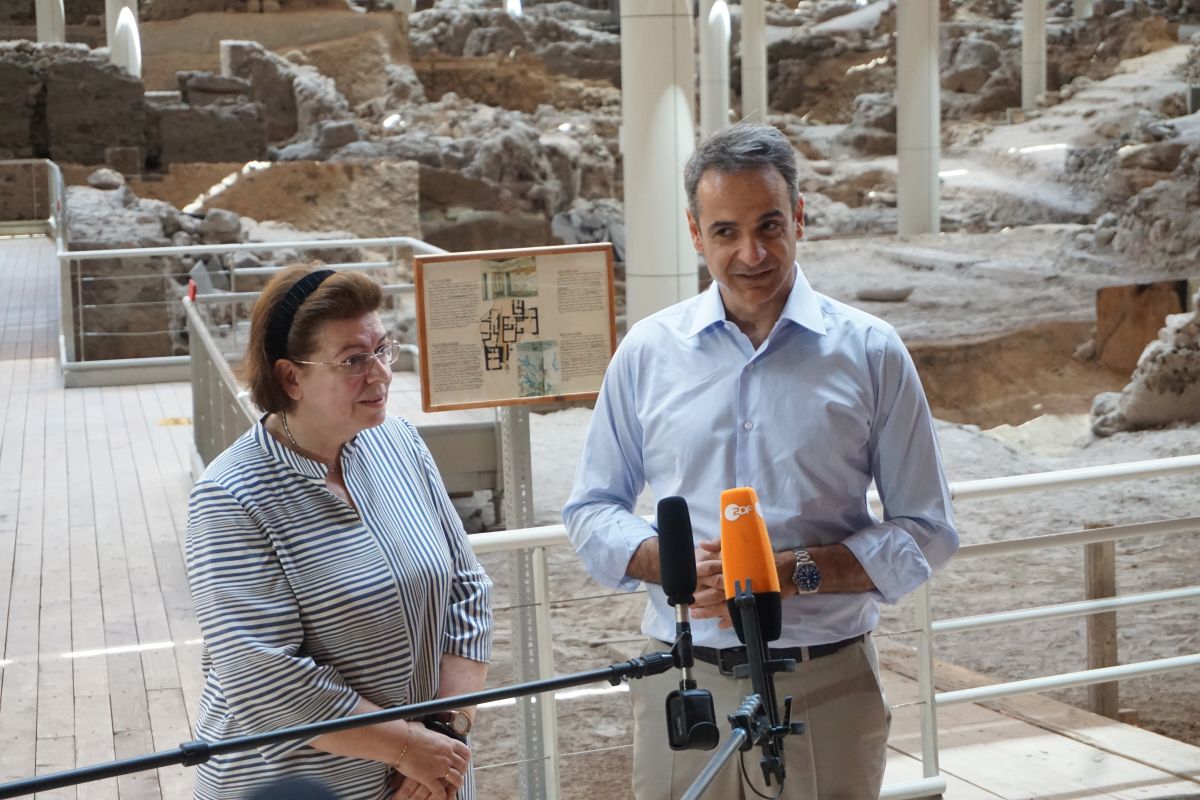 “We will open all our museums on Monday, June 15… As one can see everything is ready and in order to ensure that the right social distances are followed, according to the instructions given by our experts, so that our tourists feel safe. We want to protect their health as well as the health of workers and the local population. We are sure that we can achieve this,” the PM said.

The Greek Culture Ministry has collaborated with experts from the Health Ministry and EODY to draw up specific protocols, adapted to the size and features of every museum in Greece. According to the ministry, the protocols define the maximum number of visitors allowed, set rules for the entrance and exit of visitors and also indicate the safest routes in each museum for browsing the exhibits.

The following rules must be followed by visitors in Greek museums: 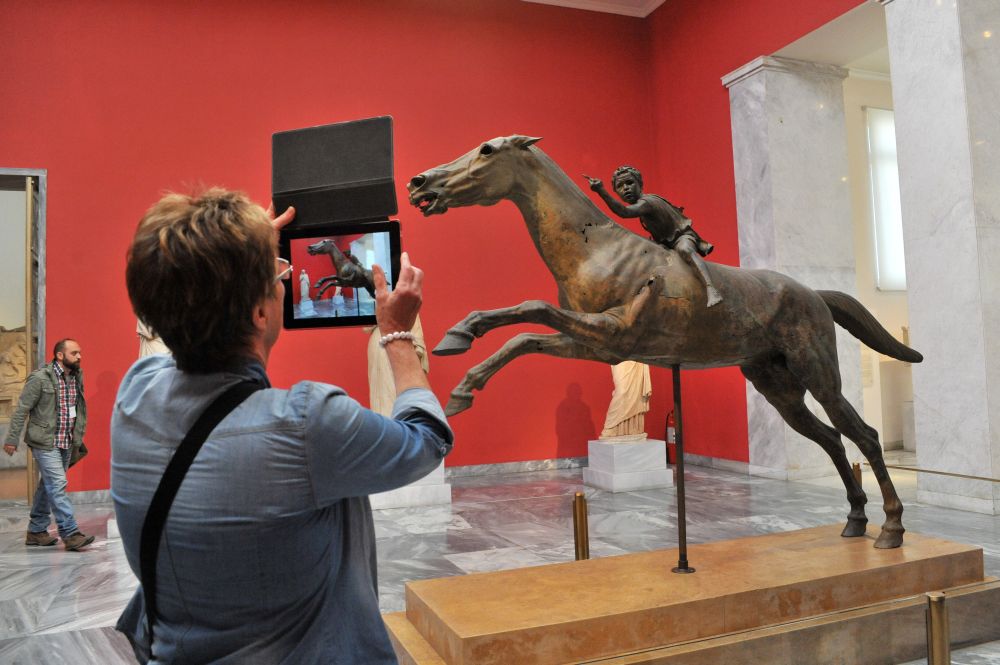 – A distance 1.5 meters minimum must be maintained between people in the open spaces of museums and at least 2 meters indoors. It is mandatory for all visitors to wear a non-surgical mask.

– Rules for social distancing in the dining areas that operate in museums are similar to those announced for restaurants and cafes. Tables and chairs are disinfected by staff between customers.

– Rules for social distancing in museum shops are similar to those announced for retail spaces.

– The air conditioning in all museums must operate continuously for the protection of the exhibits, where necessary. Where not required, it will operate two hours before the museum’s opening hours and two hours after after closing.

– The use of e-tickets for museums that offer the service is highly recommended where in order to control, as much as possible, the flow of visitors. Museum staff has received special instructions for the service of people with disabilities, people over 65, pregnant women, etc.

– In case of organized guided tours with a tour guide, the rules concerning the distances between visitors must be strictly followed, as well as rules regarding the mandatory use of audio tourist guide equipment (wireless microphone transmitters and receivers, better known as “whispers”) and the avoidance of using common devices (tablets, headphones, etc.). There should not be more than eight people in group tours.

Employees that come in contact with the public (at ticket booths for example) must wear non-surgical masks and frequently use antiseptics at all times. Dividers have been placed in key areas where contact is frequent. The disinfection of areas where staff interacts with the public must be frequently carried out.