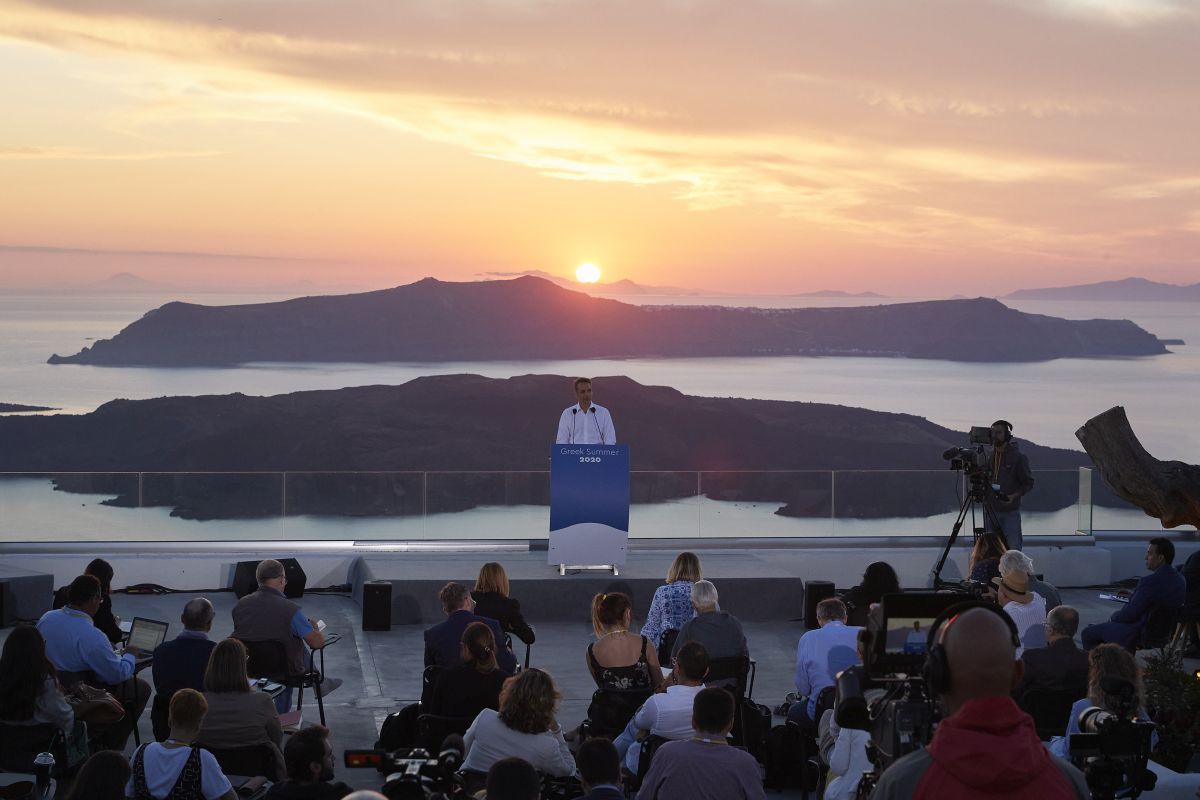 SANTORINI, Greece – Greek tourism is back and is opening up to visitors with safety as its top priority, Greek Prime Minister Kyriakos Mitsotakis said on Saturday.

“We are ready to extend Greece’s legendary hospitality and welcome to the world once again,” the PM said during a press conference for the foreign press held on the Greek island of Santorini.

“I am so proud to be standing here tonight knowing that Greece is very much open for business. Tourism, as you know, is incredibly important for the Greek economy,” he highlighted.

Against a backdrop of one of the most breathtaking sunsets in the world, the Greek PM officially announced the re-opening of Greece after Covid-19 and the launch of the tourism season on Monday, June 15.

“Today, my message to you is very simple. Come to Greece. Tell your friends, your readers, your listeners and your viewers that we are open and that they are welcome,” Mitsotakis said, highlighting that this summer is “unlike others we have faced in modern history”. 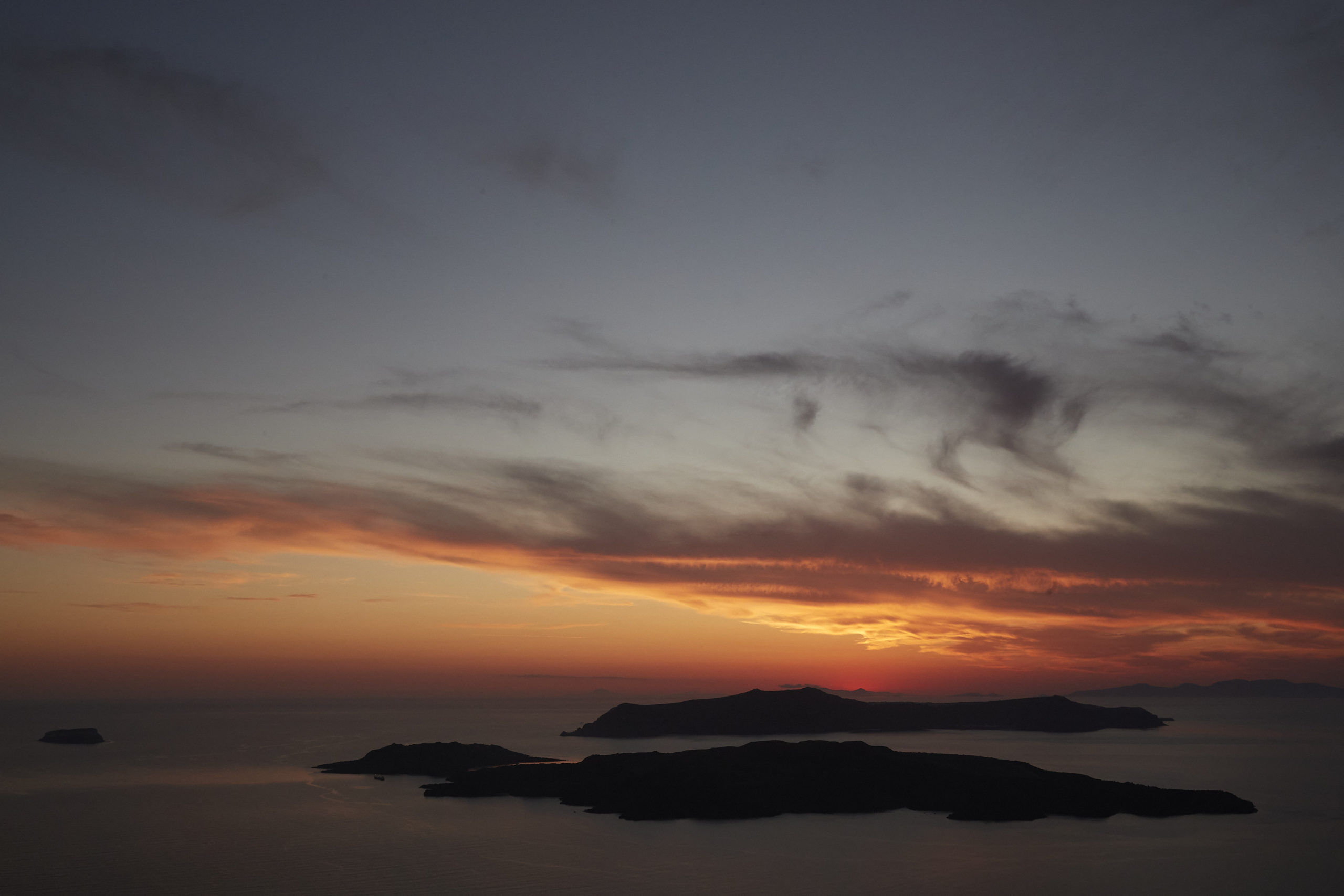 Greece is about to gradually lift flight restrictions, but with the safety of residents and visitors as its utmost priority.

As of  Monday, June 15, flights will be landing both in Athens and in Thessaloniki. In a few weeks, as of July 1, travelers will be able to arrive from abroad to the country’s regional airports.

According to Greece’s guidelines and framework for travel in the post-Covid-19 era, travelers that will arrive from certain overseas airports will still face obligatory tests until July 1. From then on, most tourists arriving in Greece will face only random spot testing with no additional restrictions.

It is noted that Greece will also follow a European list to determine the patterns of travel from countries that are outside the European Union and the Schengen zone.

“We have worked very hard to ensure our guests will be safe and stay healthy… And if at any stage, we are faced with a localized outbreak, we have the medical and civil protection infrastructure in place to tackle it swiftly and effectively,” the PM said.

Underlining the country’s success on handling the coronavirus crisis, the PM said “this unique Greek summer” will be something very special for visitors in the weeks and months ahead.

Significant demand for travel to Greece 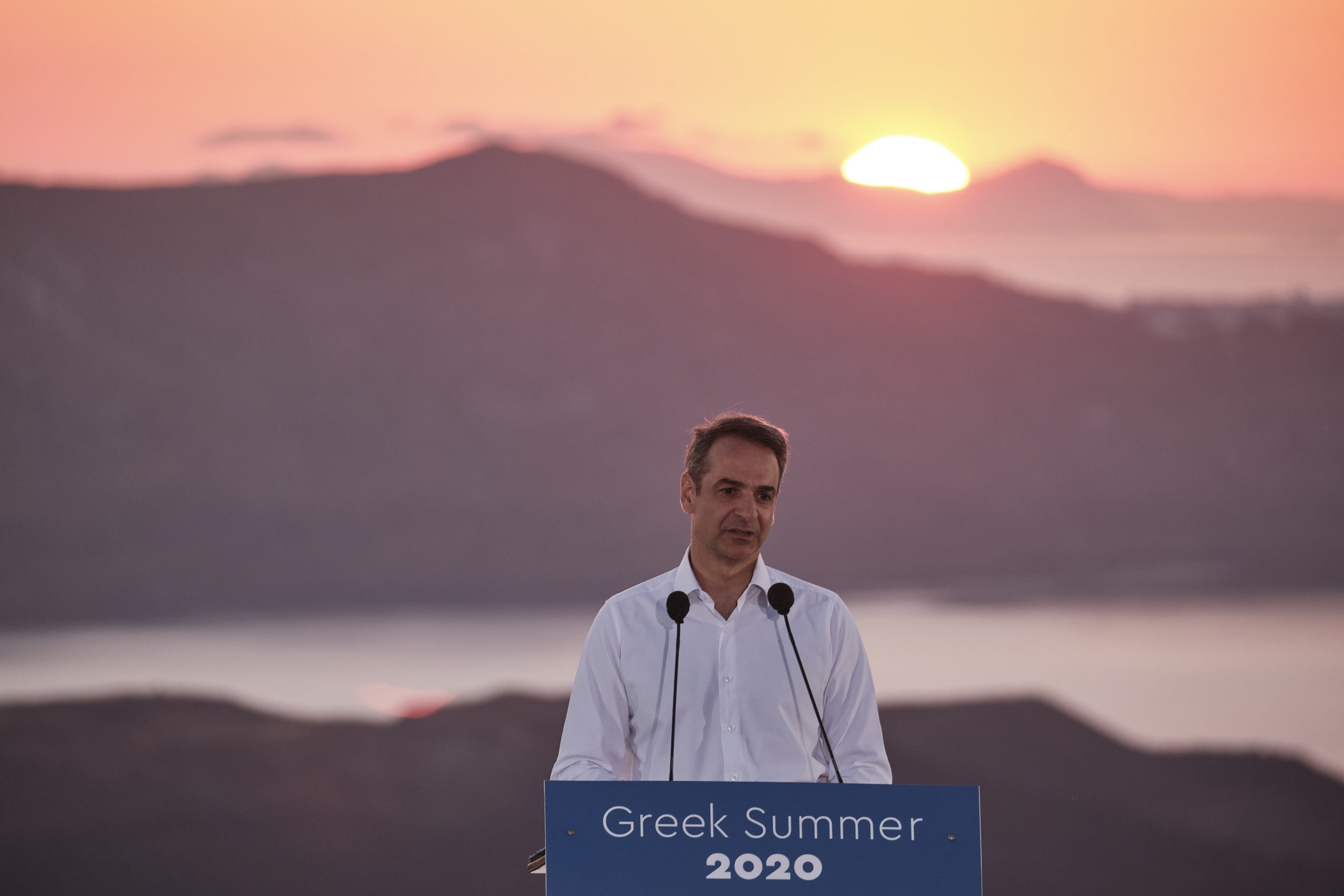 When asked if the Greek government is in contact with airlines for reopening or launching new routes to Greece, the Greek PM said that talks are being held with both airlines and tour operators.

“I can tell you there is significant demand for travel to Greece… especially from our main markets, Germany being the largest one,” he said.

“There is interest already, packages are being booked, flights are being are being scheduled so I’m not too concerned about airline capacity. If there is demand, the planes will be there to fly people to Greece,” he said. 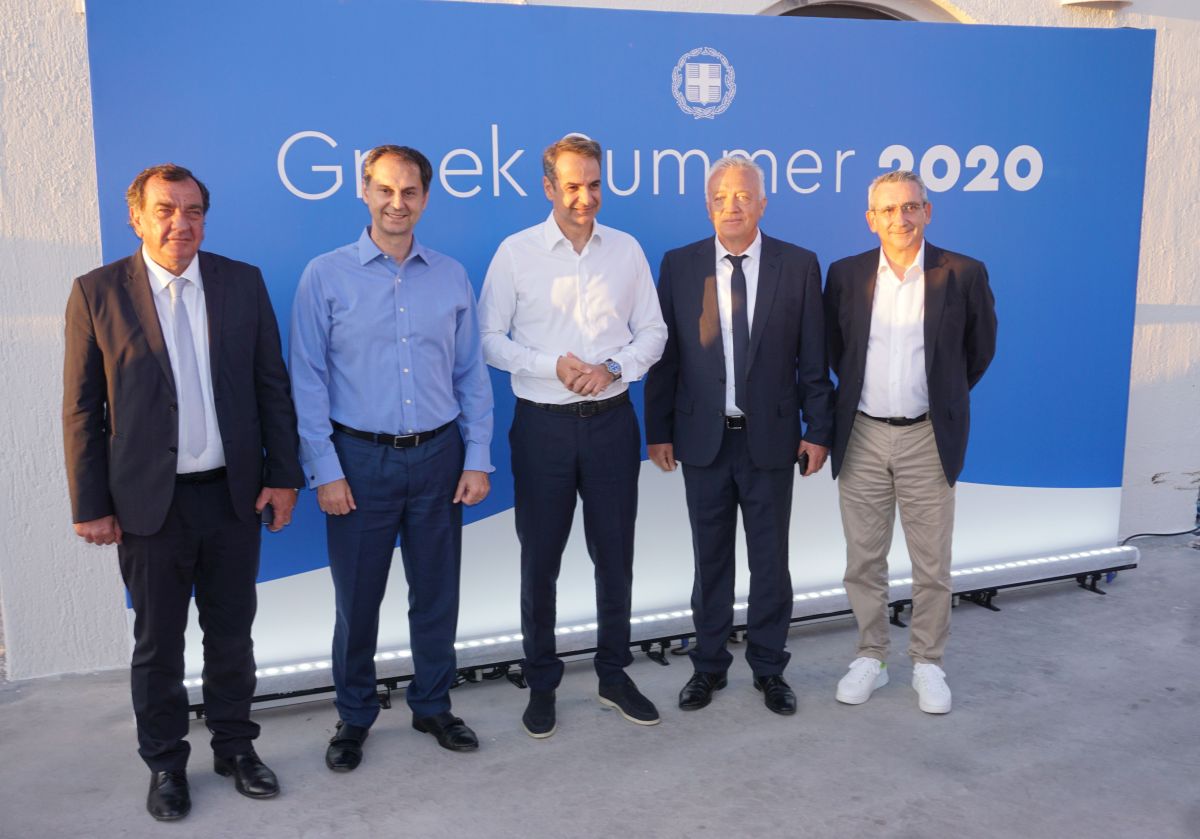 Greece last year welcomed some 33 million tourists and this year expects to welcome only a fraction of that number.

According to the PM, much will depend on how comfortable people feel to travel to Greece either by air or road.

According to the PM, the government is aiming, considering all goes well with travel to the country in July and the news is still positive, for people to feel more comfortable to book even late holidays and this way for the season to be extended with arrivals continuing in September, October, and even November. 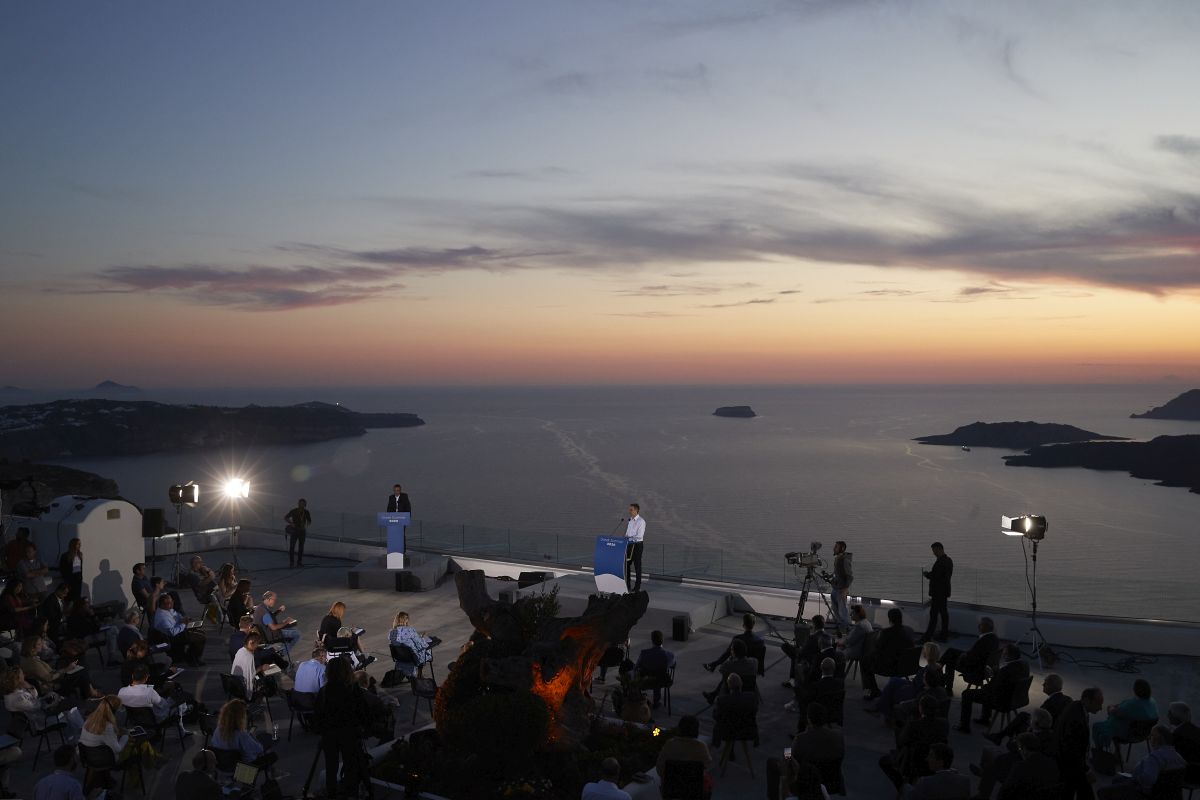 Mitsotakis said that the extension of the season is particularly important for Greece this year, because the country has essentially lost April, May and most of June. He did, however, refer to it as a goal Greece aims to achieves in general by attracting visitors also in the winter months.

“We want to extend our tourism season and the way to do it is to convince people that there are fantastic reasons to come to Greece, not just during the summer… Greece has so much to offer beyond its sun and beaches,” he added.