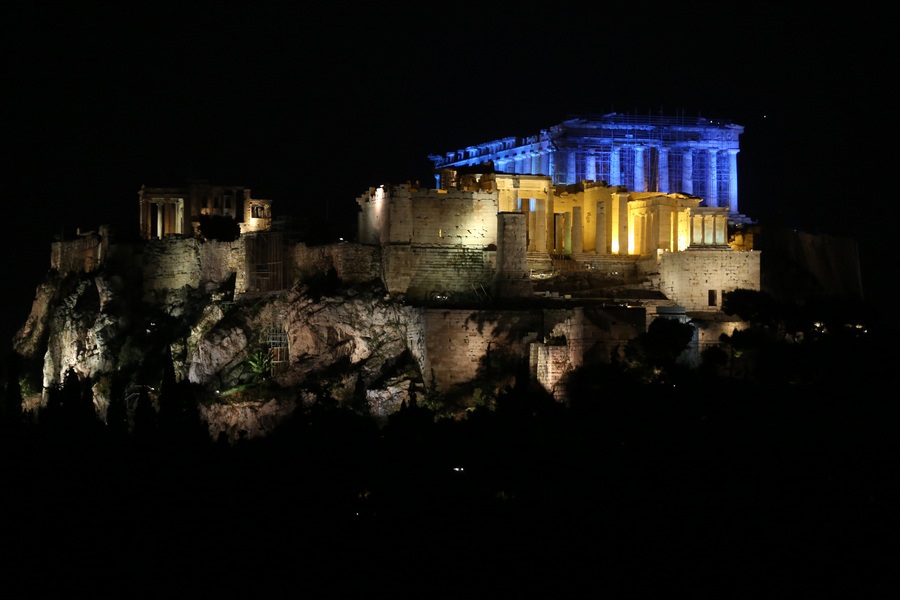 From New York to Paris, and from there to Athens, world renowned landmarks ‘dressed’ in blue last week to remind the world that children’s rights must be respected at all costs.

At the same time, world leaders were encouraged to recommit to safeguarding the rights of every child by renewing their support of the Convention on the Rights of the Child and implementing child rights adapted to the 21st century.

“Around the world, children and young people are taking the lead and demanding urgent action on the issues they care about, like the climate crisis, the rise of mental illness and the lack of opportunities,” said UNICEF Executive Director Henrietta Fore. 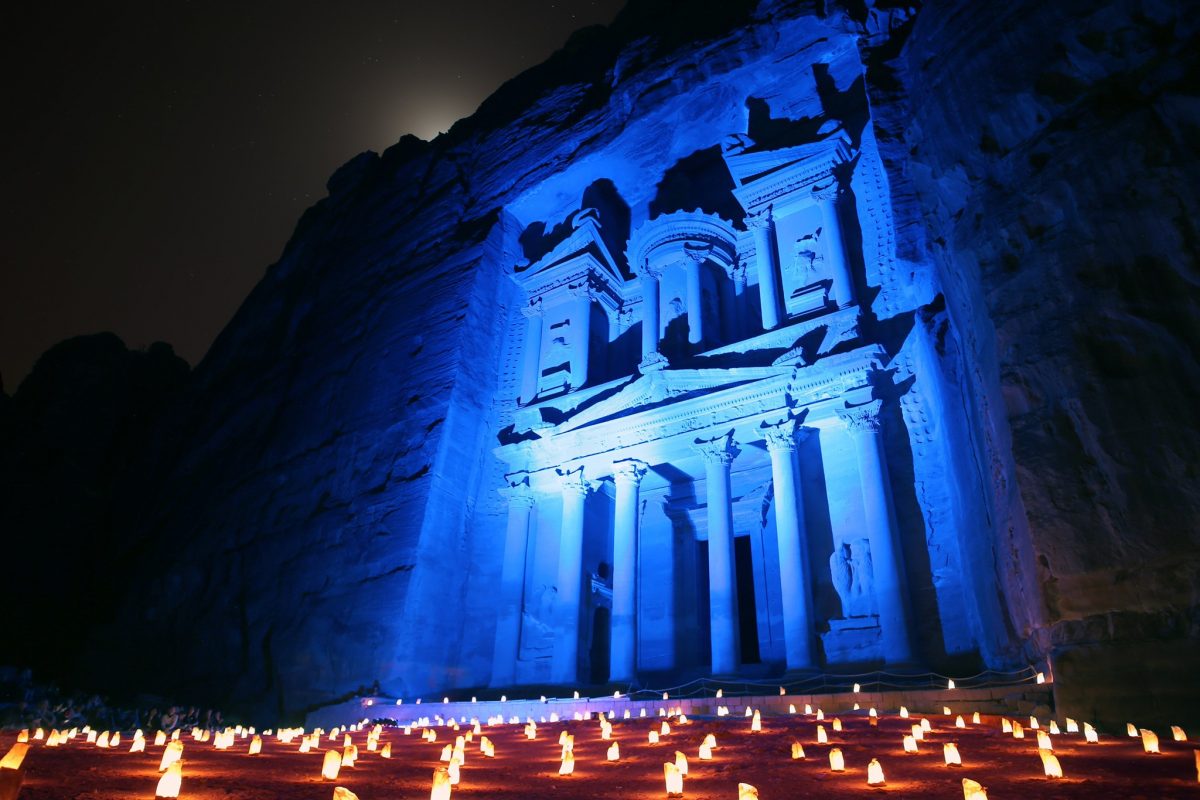 The Athens Acropolis, an UNESCO World Heritage site, joined – among others – the Al Noor Mosque, Empire State Building, the Shanghai Tower, the Panthéon in France, Rashtrapati Bhavan in India, Petra in Jordan, Frida Kahlo House in Mexico, Peace Palace in the Hague, the Panama Canal, the Galata Tower and the bridges on the Bosphorus for the UNICEF initiative, which annually marks World Children’s Day – celebrated on November 20, and aims to raise awareness and funds for the millions of children that are denied their right to adequate health care, nutrition, education and protection. 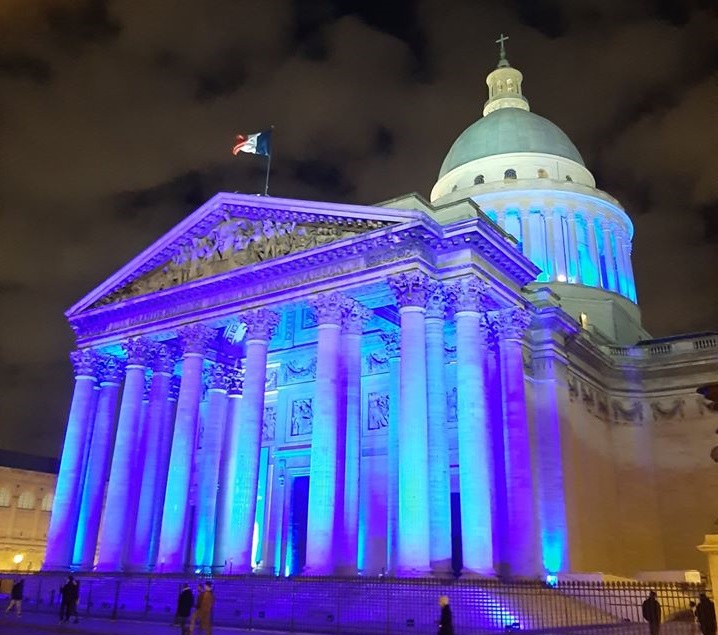 “Young people my age are facing so many new challenges today that 30 years ago were hard to predict,” said Millie Bobby Brown, UNICEF’s youngest Goodwill Ambassador.

“I’m proud to add my voice to all those around the world who are asking for solutions to today’s problems such as bullying, access to education, mental health awareness, suicide prevention and climate change.” 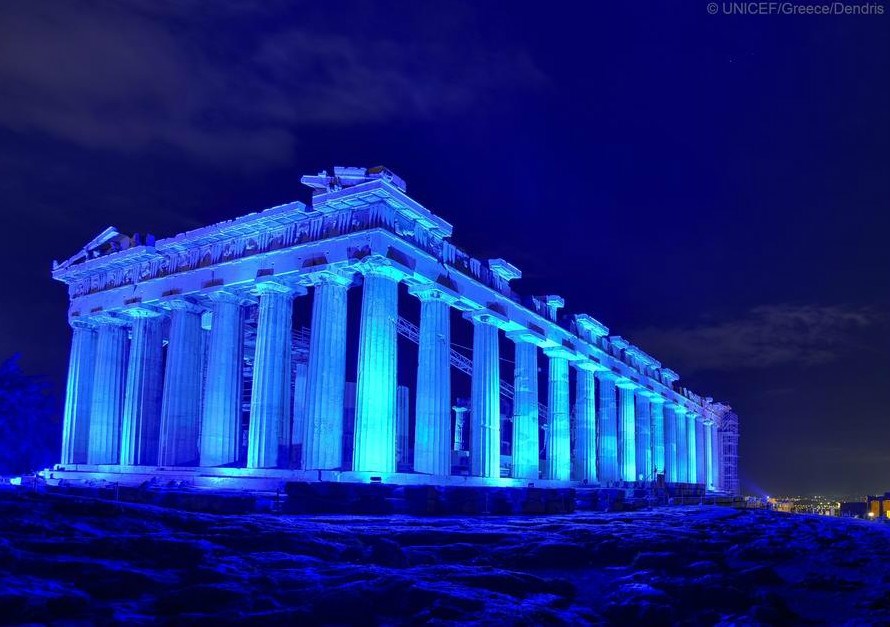 On her part, Greek Culture Minister Lina Mendoni said the ministry fully agreed with UNICEF’s initiative for World Children’s Day and, following the unanimous approval of Greece’s Central Archaeological Council, was more than happy to light up the Acropolis of Athens in blue for the special occasion.

“This is a perfectly justified action, as the Acropolis monument, and in particular the Parthenon, over the years has become an internationally recognized symbol of the global ideas and values ​​that formed the foundation upon which the United Nations was founded,” Minister Mendoni said in an announcement.

“It is a monument of great unifying and symbolic power, far beyond the boundaries of temporal interests and purposes,” she added.

This year, World Children’s Day coincided with the 30th anniversary of the adoption of the Convention on the Rights of the Child.

“All children deserve the opportunity to reach their potential and I’m very proud to support the young people speaking up for change today,” Beckham added.

Air France Connects Paris with Seychelles for the Winter Season