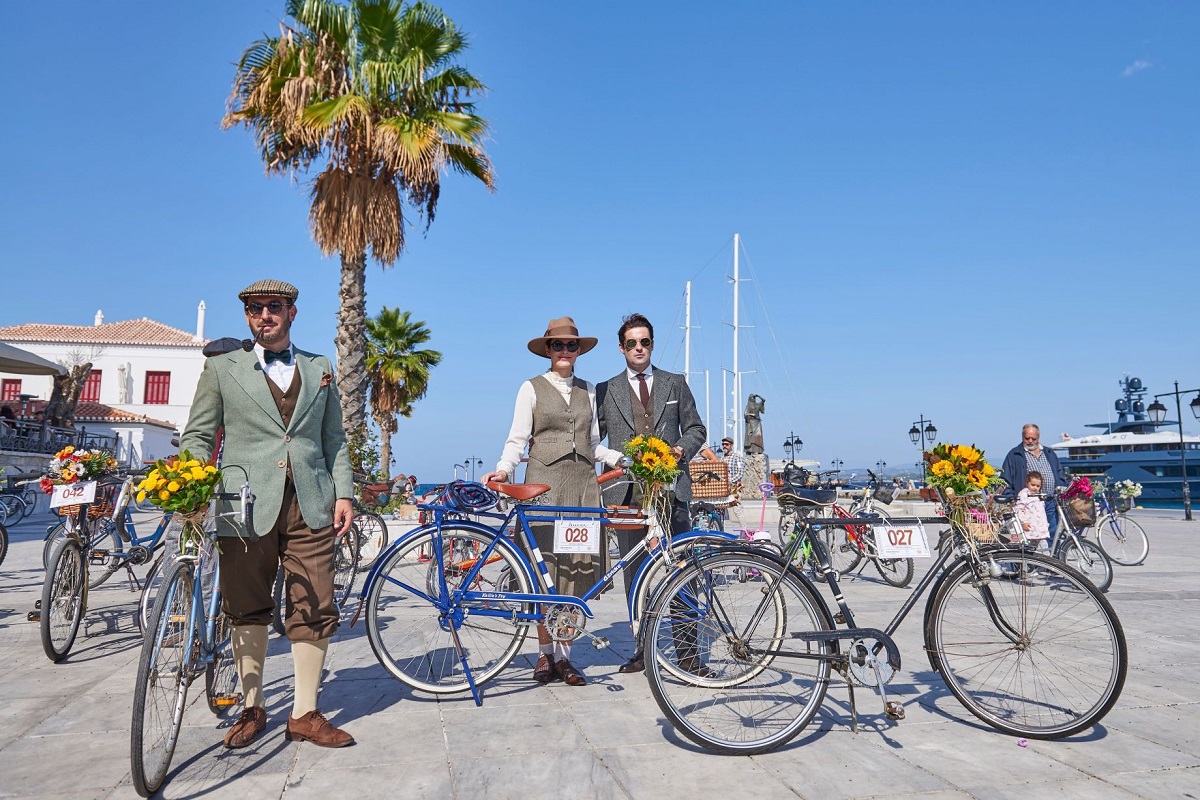 Dozens of classy cyclists recently gathered on the island of Spetses, with their vintage bikes, to participate in the 6th Tweed Run 2019, the annual cycling event organized by the Poseidonion Grand Hotel.

“Held during October 11-13, the event provided participants with the elegance, the British aura and the romance of old times,” the hotel’s management said in an announcement. 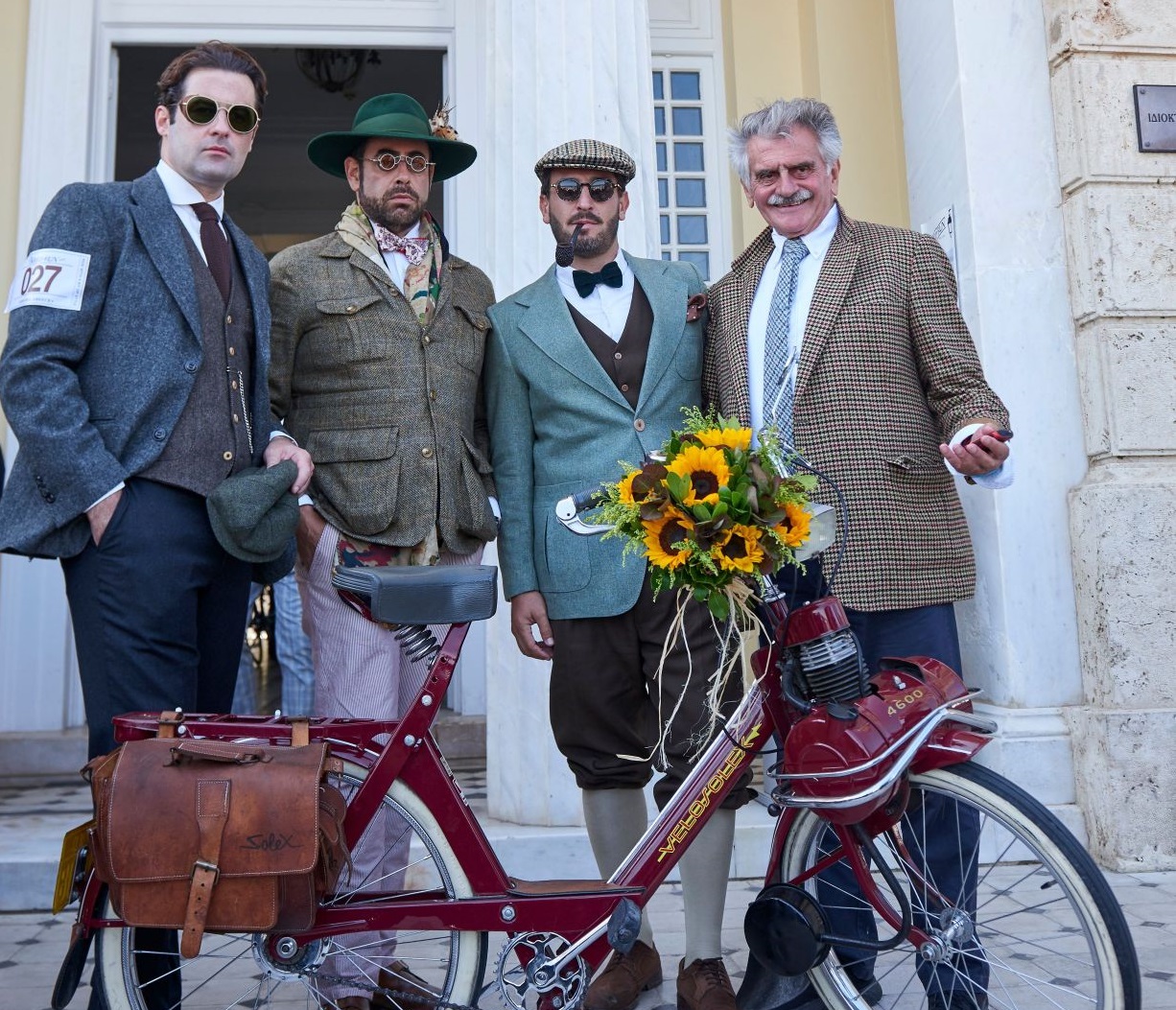 Early on Saturday morning, they gathered at the especially designed flower corner of Posidionion’s square to try on tailor-made hair accessories, caps and hats.

Men also enjoyed mustache grooming by the team of “1900 The Barber Shop”, while their vintage bicycles were checked by the team of Freewheel Bikes. The bike ride began soon after, in the sound of DJ Nua’s music selections. 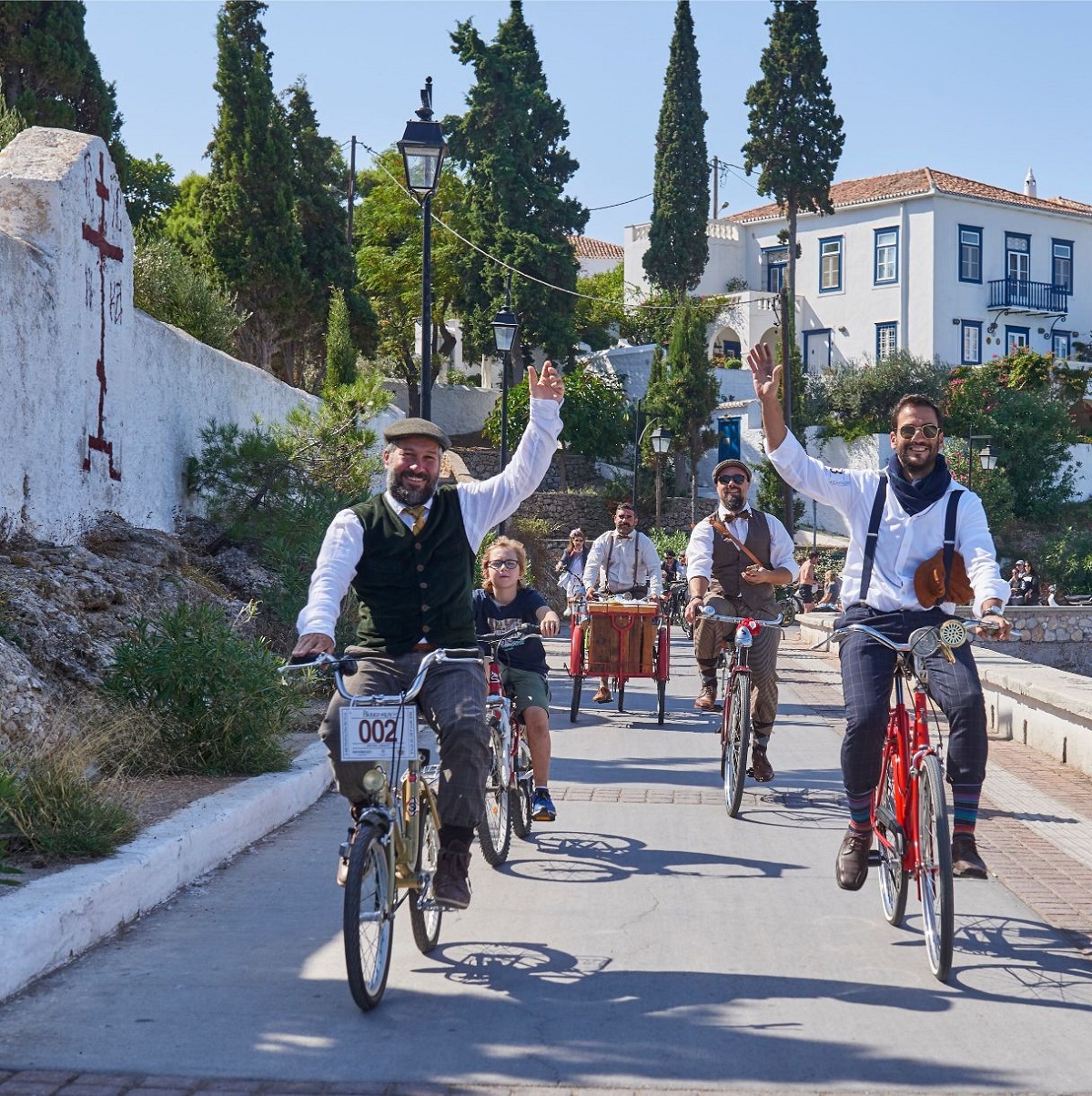 The Tweeders passed by Spetses’ narrow alleys and coastal road to reach their first stop at the Orlof restaurant in the old harbor.

The ride later continued with the Tweeders reaching the Lighthouse area, where they enjoyed a British-style picnic under the shade of pine trees, prepared by Poseidonion’s catering team. 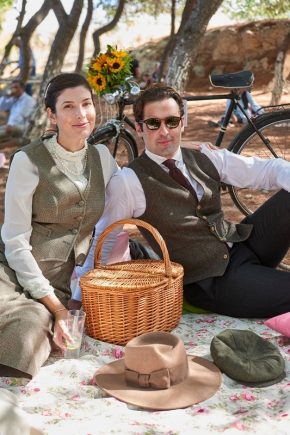 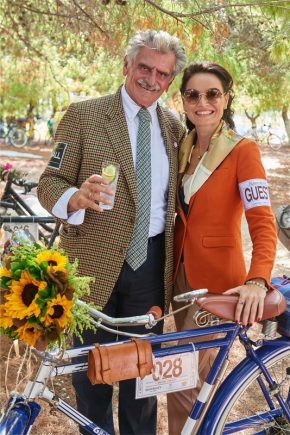 The pageant was followed by a grand party with cocktails by Hendrick’s Gin, music and dancing. 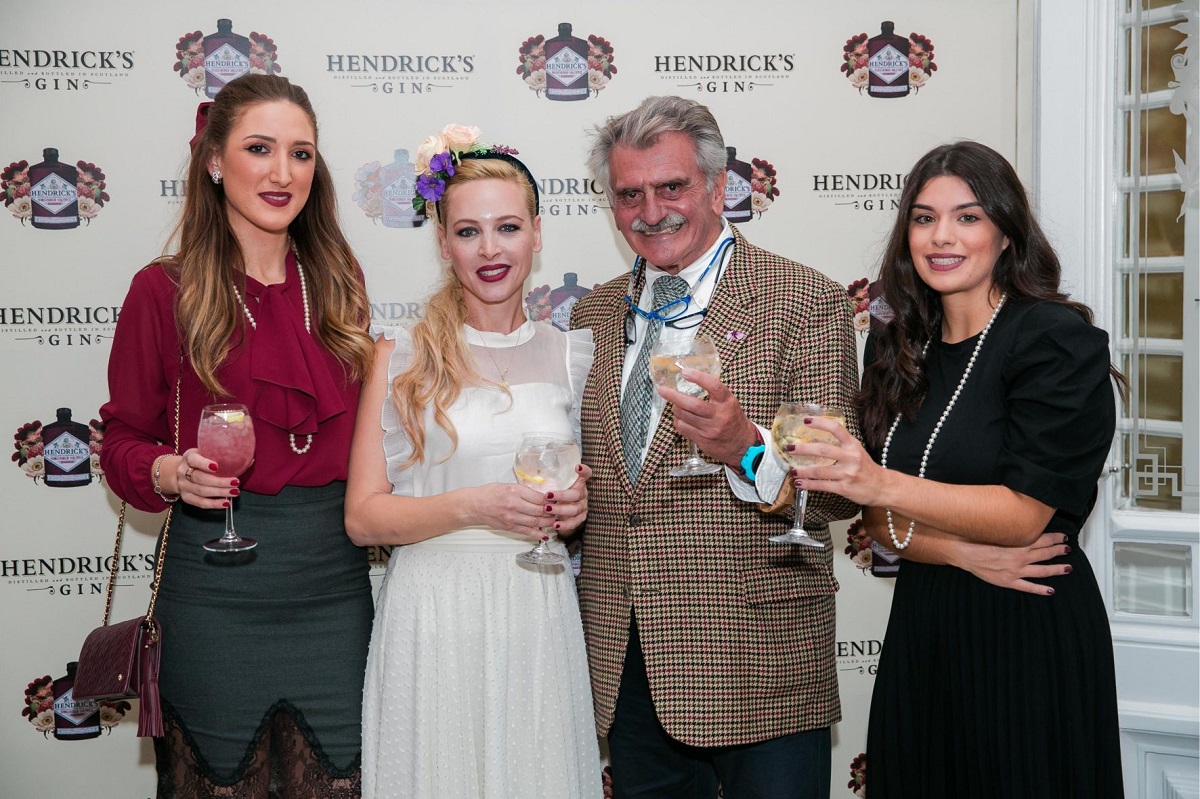 The 6th Tweed Run wrapped up on Sunday, October 13, with the “Concours d’Elegance” – a competition of elegance for vehicles – which was held at Cine Titania to award the best bicycles. 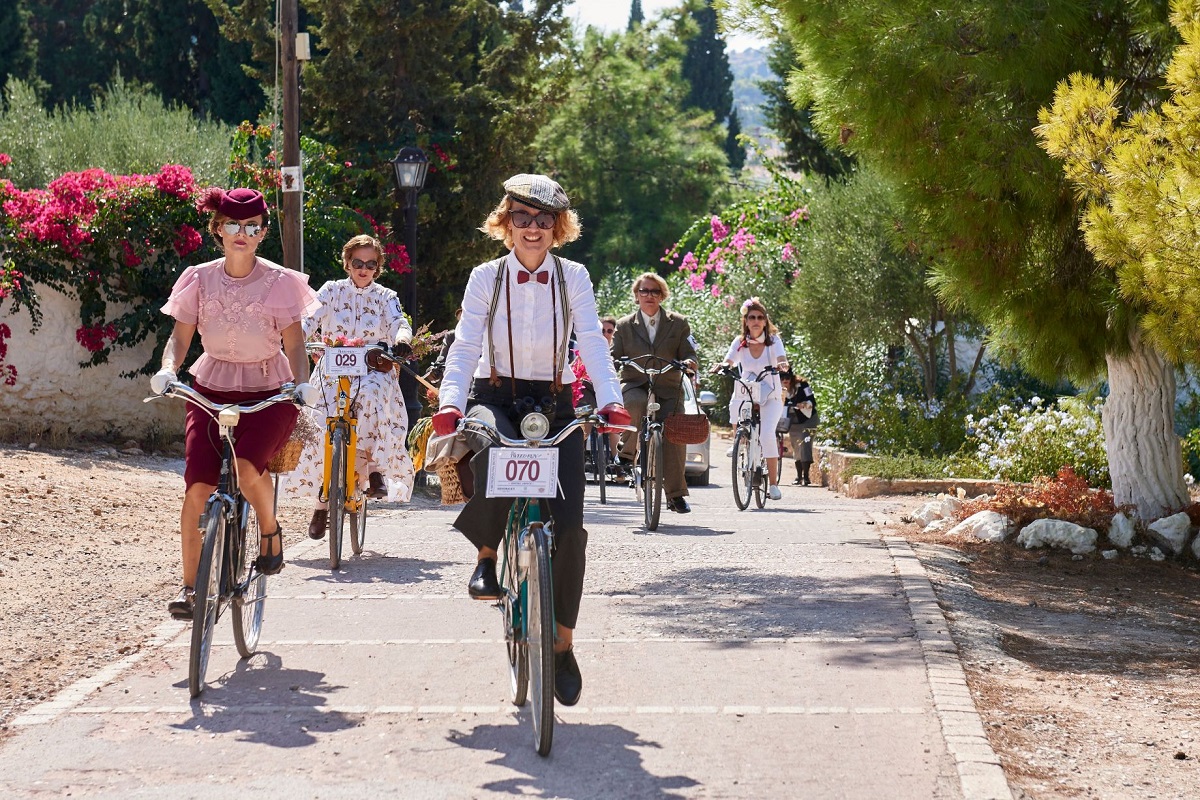 Hendrick’s Gin was the Grand Sponsor of the 6th Tweed Run 2019.

The event took place with the support of the Hellenic Bike Museum under the auspices of the Municipality of Spetses and the Spetses Trade Association.