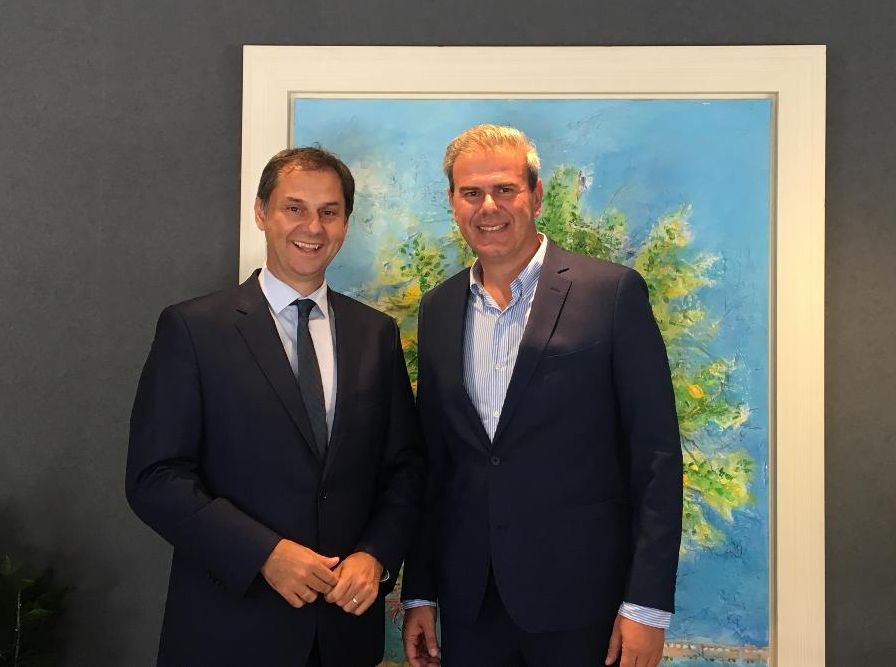 Dimitris Fragakis has been appointed as the new Secretary General of the Greek National Tourism Organization (GNTO), according to an announcement by the Tourism Ministry.

The new secretary general was welcomed on Monday by Greek Tourism Minister Harry Theoharis, who underlined the significant role that the GNTO will carry out in the ministry’s plans for Greek tourism.

Fragakis is 47 years old and was born in Chania, Crete. He holds a Masters Degree in Law and Political Science from the University of Athens and a BA in Philosophy from the Athens School of Philosophy.

He has served as Deputy Director General of the Constantinos K. Mitsotakis Foundation (2000-2003), as a Research Associate at the Hellenic Parliament (2004-2013) and as an Scientific Advisor to Kyriakos Mitsotakis at the Ministry of Administrative Reform (2013-2014).

During 2014-2019 Fragakis was the Secretary General of the Municipality of Chania and in the 2019 national elections he was a candidate for MP in Chania.

He also maintains a tourism enterprise.

Fragakis speaks fluent English and Italian. He is married and has a son.