Royal Caribbean: New Amplified Adventures Onboard ‘Allure of the Seas’ 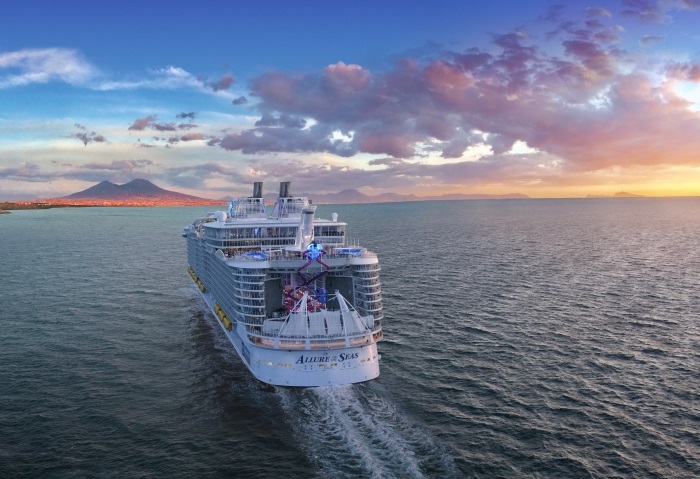 “Allure of the Seas”

Travelers can soon take in Europe’s historic destinations from a bold, new perspective with the amplified adventures and experiences offered onboard Royal Caribbean’s Allure of the Seas ship.

Royal Caribbean International has revealed the signature feats and innovative experiences coming to the renowned “Oasis Class” ship as part of a 58-day, $165 million transformation.

Reimagined as the ultimate summer vacation in Europe, Allure will open its season of seven-night Western Mediterranean cruises from homeport Barcelona, Spain, on May 10, 2020.

Allure joins the original gamechanger, “Oasis of the Seas”, as the second Oasis Class ship to be reimagined in the $1 billion Royal Amplified fleet modernization program.

“These two revolutionary ships will steal the spotlight next year in Europe and the New York area, respectively, as the boldest summer vacations on both sides of the Atlantic,” an announcement said.

Guests will be able to conquer a continent’s worth of adventures and come back for more with Allure’s upcoming lineup of new features, including the Ultimate Abyss, the tallest slide at sea; The Perfect Storm trio of waterslides; completely redesigned Adventure Ocean kids and teens spaces; the first Giovanni’s Italian Kitchen & Wine Bar, and the Quantum Class original Music Hall.

In November 2020, Allure will make its way coast to coast to Miami for the winter season. Sailing from Royal Caribbean’s state-of-the-art Terminal A, the reimagined ship will offer seven-night Eastern and Western Caribbean cruises.

Many of the ship’s Caribbean itineraries will include visits to the cruise line’s new private island destination in The Bahamas, Perfect Day at CocoCay.