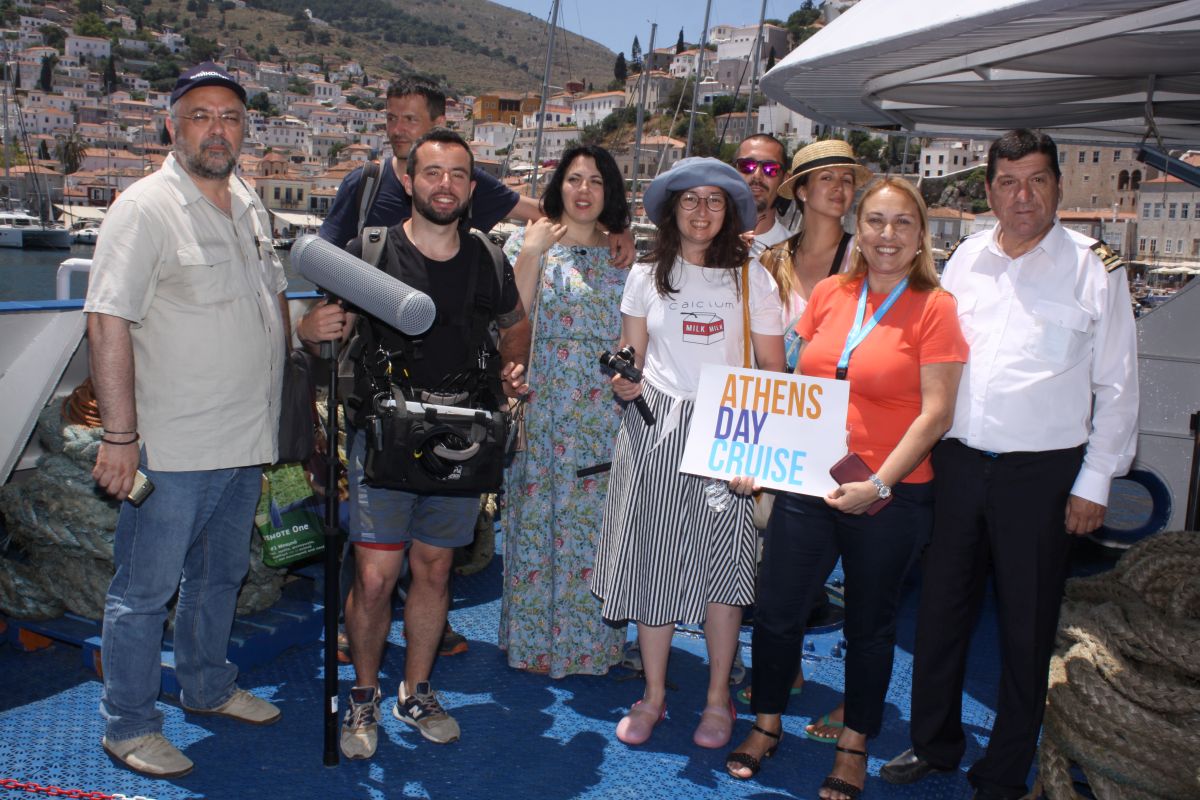 The renowned one-day cruise to the Saronic Islands, organized daily by navel company Athens Day Cruise, was recently part of the filming for an episode of a Russian TV show dedicated to wedding locations and destinations around the world.

A production crew of Russia’s “My Planet” TV channel was recently in Athens to film various parts of the city and destinations in Attica, considered ideal for someone’s “perfect wedding”. The TV channel, dedicated to travel, science and history, filmed in the Greek capital after securing the support of the Greek National Tourism Organization (GNTO) office based in Russia.

The one-day cruise of Athens Day Cruise, carried out on its Anna Marou vessel, was filmed as a venue ideal for a wedding ceremony and reception on board in the middle of the blue Aegean Sea.

During filming, the crew of the Russian TV channel had the chance to film the whole cruise itinerary that covers the Saronic Islands of Hydra, Poros and Aegina in just one day.

“We are proud to have been able to be part of this production that promotes the beauties and tourism potential of the city of Athens,” the management of Athens Day Cruise said in a statement.

The episode featuring Athens and Attica as ideal locations for weddings will broadcast on “My Planet” in July.

Athens Day Cruise is a consortium between Hydraiki Naval Company and Evermore Cruises, two leading shipping companies in Athens. The one-day cruise is available on a daily basis, 365 days a year.

“My Planet” is a state-owned Russian television channel that also has a growing audience in Ukraine, Kazakhstan, the Baltic States, Belarus and across the CIS.