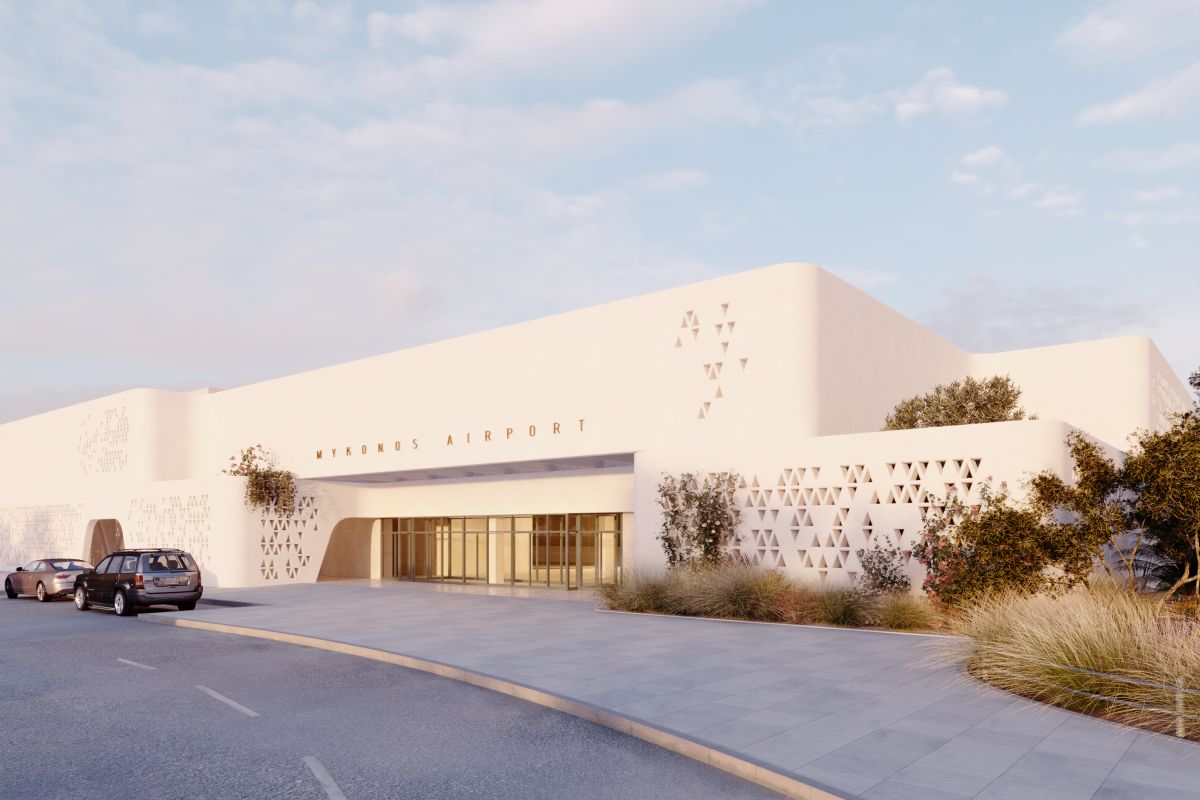 The airport of Mykonos, managed and operated by Fraport Greece, in 2021 will boast a series of significant upgrades including a refurbished terminal, a new arrivals area, more gates, two new VIP lounges and a new automated luggage handling system. 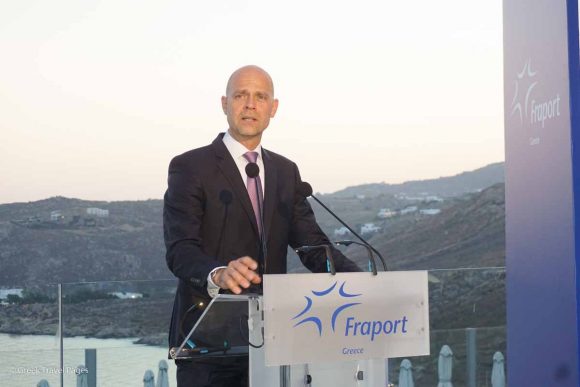 “We are unveiling – what I believe is – a bold statement of avant garde, a radical new approach to airport design which I believe is only possible on Mykonos,” said Fraport Greece CEO Alexander Zinell while presenting the new architectural design of Mykonos Airport at an event held on the island on Monday.

An investment to reach 25 million euros when completed, the revamped airport is expected to fully operate in 2021 and meet the high demands of the “brand name” that Mykonos has developed into.

“We knew that Mykonos was not just a destination but a brand name,” Zinell said, underlining that Fraport’s plans for the airport’s revamp is very close to the “true spirit” of the popular Greek island.

Fraport Greece has already made a series of upgrades on an operational level at the airport, while construction works are currently in progress. 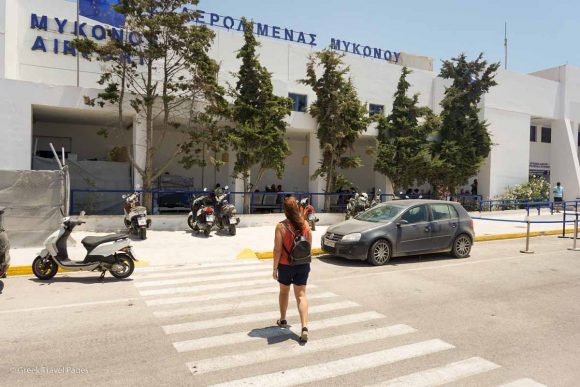 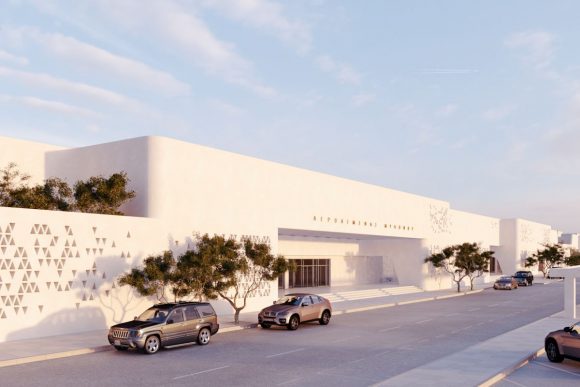 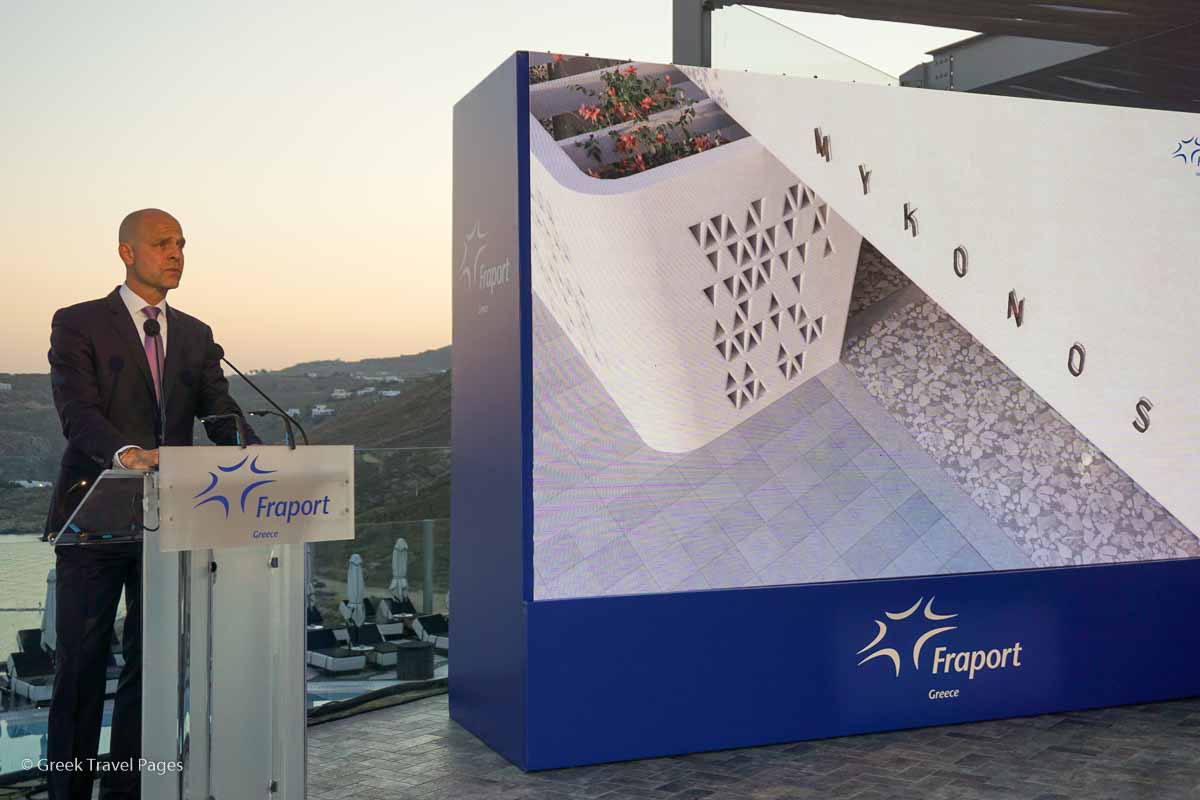 As revealed during the presentation, the airport’s “new face” will combine modern architecture with the traditional style of the Cyclades and its improvements will increase both service quality and capacity.

Carried out by K-STUDIO and BETAPLAN, the architectural design of the airport was a “challenge”, considering that since 1971 the facilities have been going through repeated expansions, according to Fraport Greece. 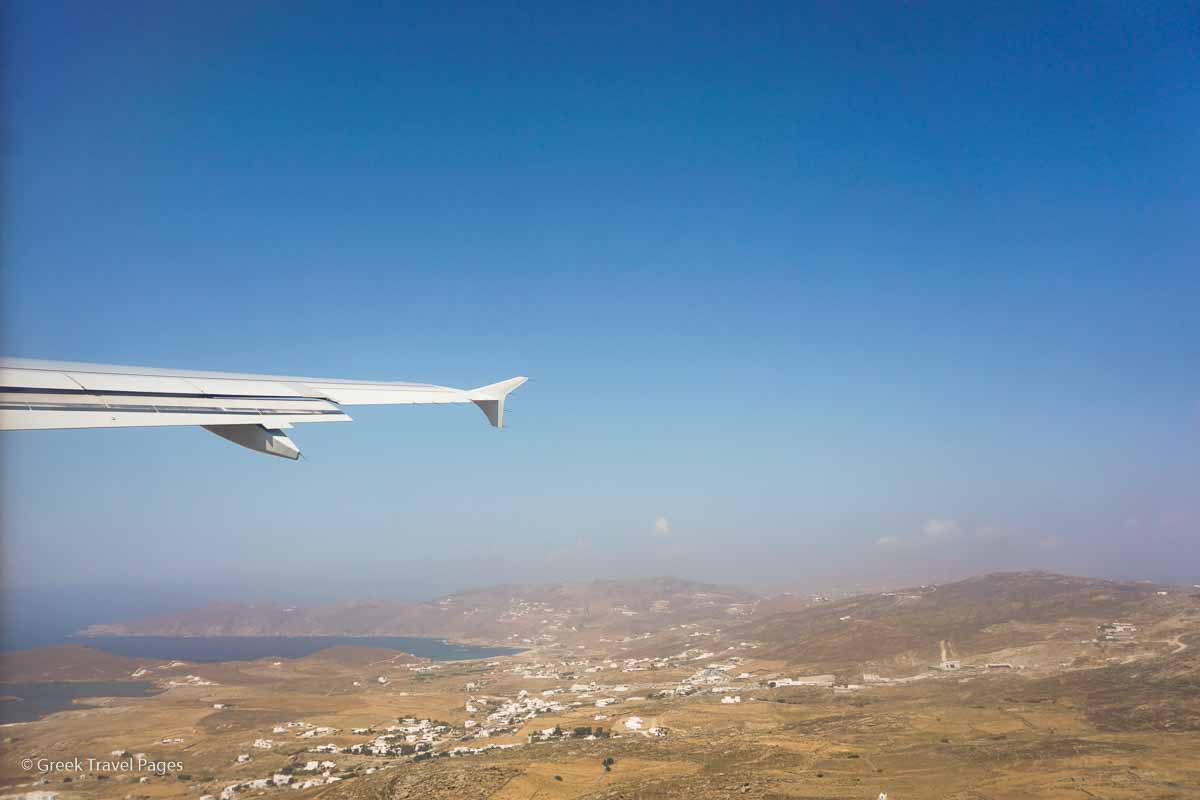 Currently, the number of passengers traveling through the airport per year amount to some 1.4 million with a growth rate of over 13 percent. By 2026, it is expected for the airport to be able to serve some two million passengers.

During peak season, the airport is said to receive 200 aircraft per day (arriving and departing). 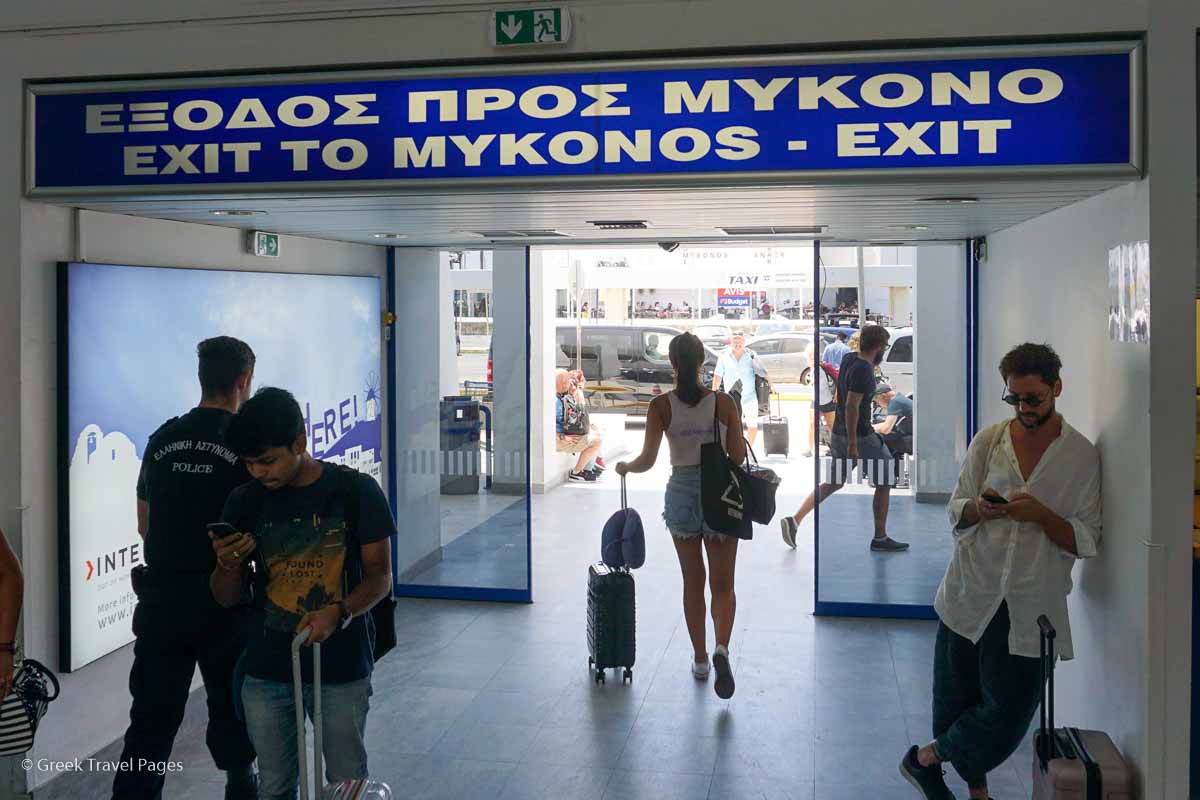 One of Greece’s most popular destinations worldwide, Mykonos is already seeing an increase in arrivals, according to the island’s mayor, Konstantinos Koukas. 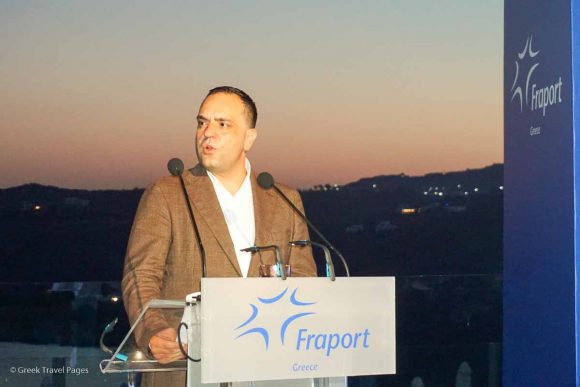 During the event Mayor Koukas referred to 2019 as a year with “extremely encouraging numbers”.

According to the mayor, just during the first five months of 2019, the airport has recorded a 14.6 percent increase in passenger traffic, compared to the same period last year.

“A new jewel is being added to Mykonos that substantially upgrades the services the island provides to its millions of visitors who arrive mostly by air every year from all over the world,” he said, underlining the importance of upgrading the island’s infrastructure with respect to its traditional architecture in order to maintain the destination’s identity. 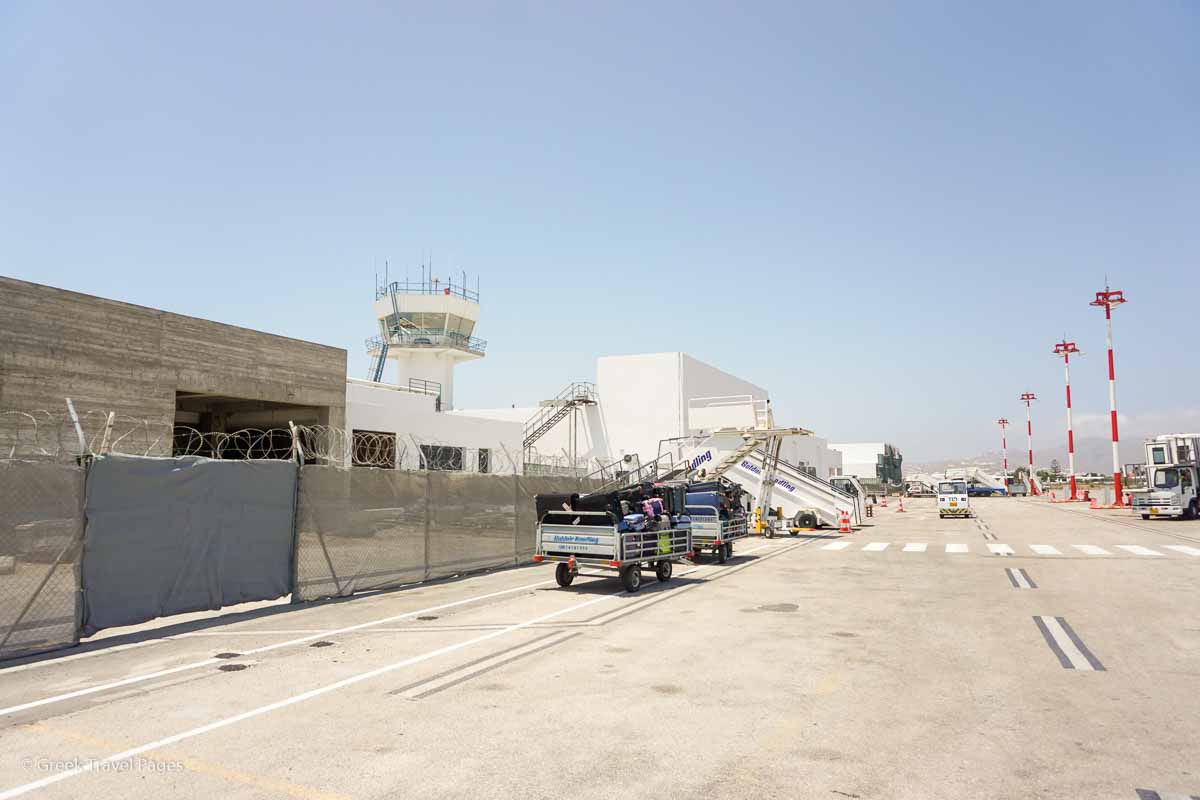 Fraport Greece’s plans for the development of Mykonos airport include the extension of a total area of 2000m2 to the northern side of the existing building that will host the airport’s new arrivals area.

Check in counters will increase from 14 to 16 while one additional boarding gate will be added to the airport, bringing the number of gates up to seven. For this reason, the existing building will be expanded by another 500m2. 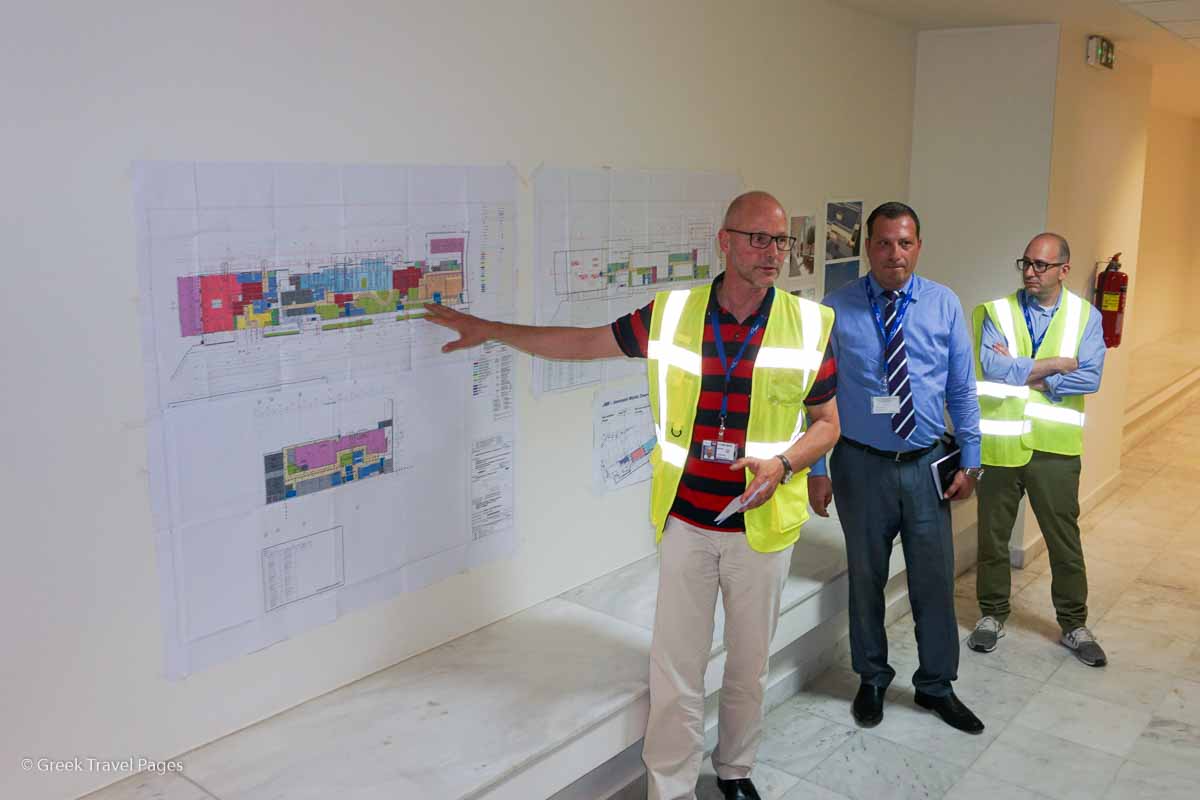 All airport areas will be completely remodeled and refurbished, including the existing sanitary facilities and new retail and F&B areas will be added.

Plans also include the creation of two new VIP lounges and the redesigning of the entire curbside area. 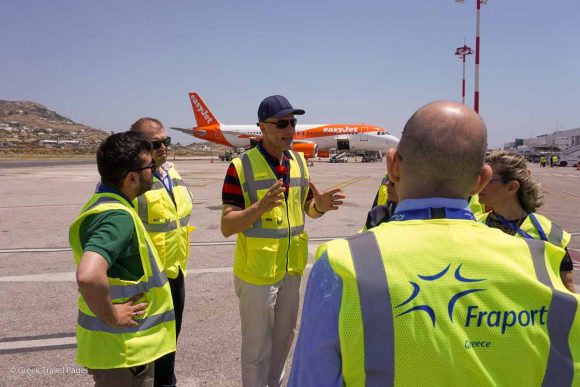 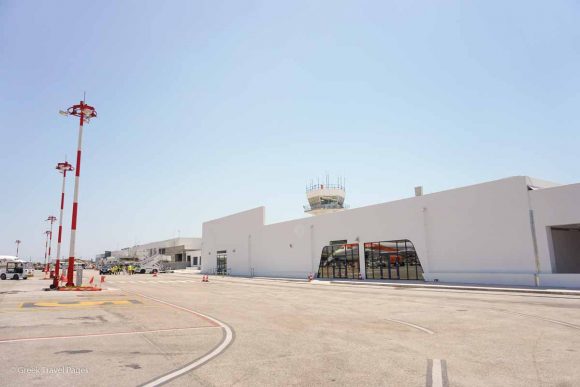 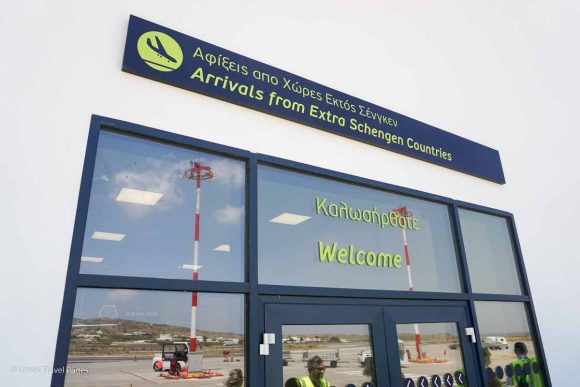 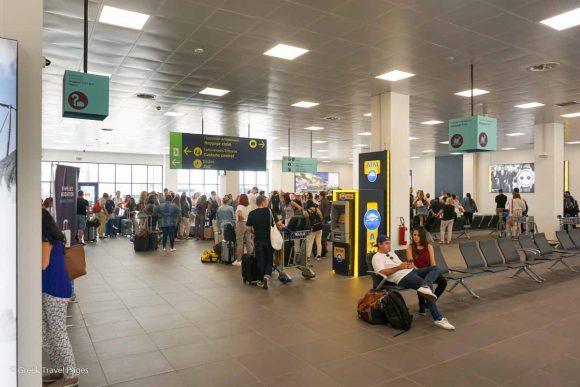 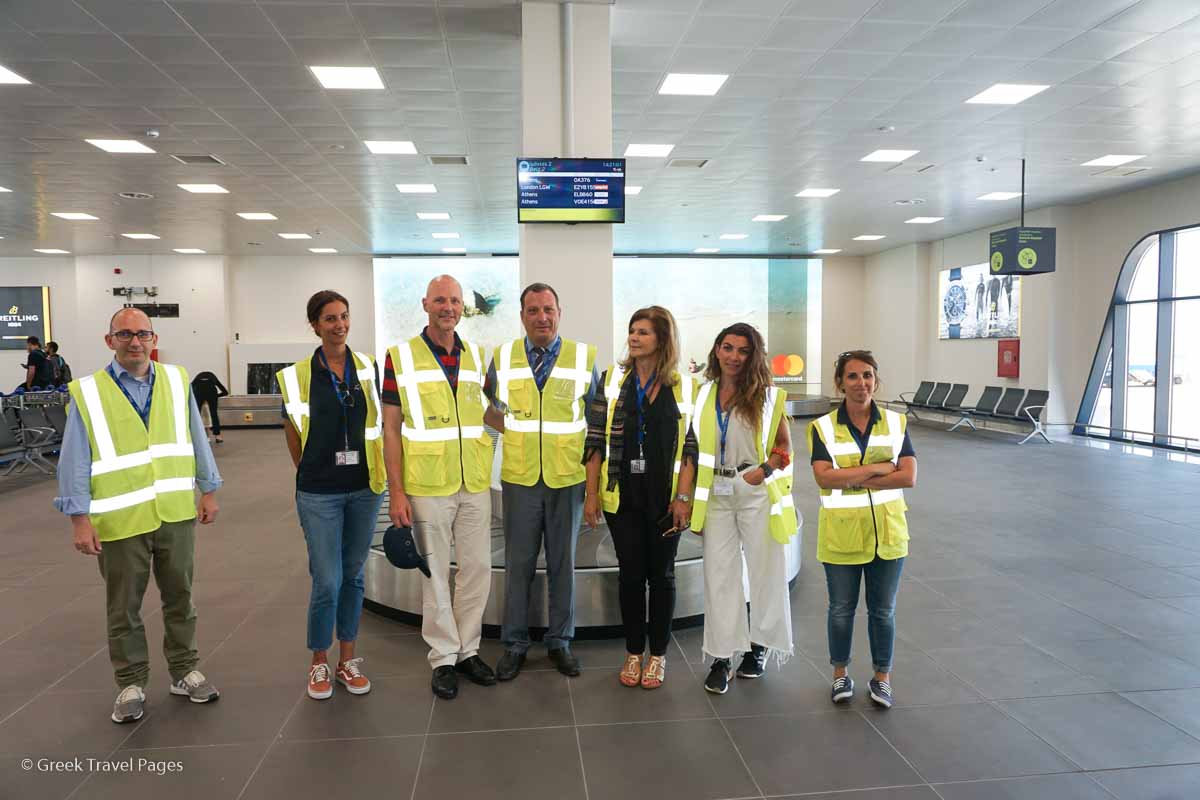 All airport areas will be completely remodeled and refurbished, including the existing sanitary facilities and new retail and F&B areas will be added.

Plans also include the creation of two new VIP lounges and the redesigning of the entire curbside area.

Meanwhile, the installation of a new automated luggage handling system is perhaps one of the most important changes the new airport will have. 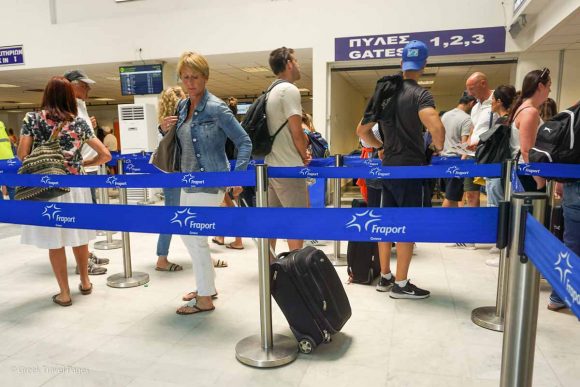 When the new luggage handling system is available, passengers will no longer have to check in and weigh their luggage in one area and then carry their luggage to the conveyor belt located in a different area, as they do today. Thanks to the planned new automated luggage handling system, passengers will weigh and give in their baggage in one go, during check in.

With the completion of the expansion and remodeling works, undertaken by Intrakat, the total area of the airport terminal will increase to 13,350 sq.m. from 10.000 sq.m. that it is today. 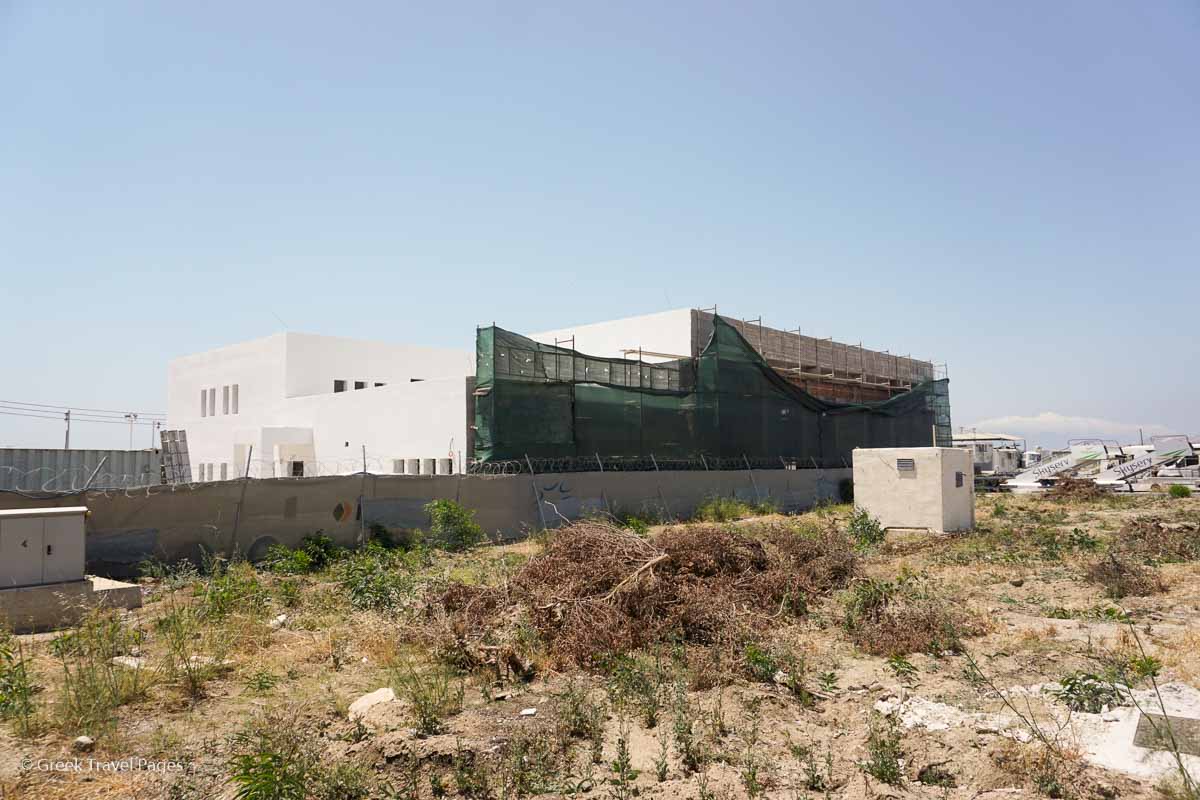 Construction of a new fire station at Mykonos Airport is underway.

Currently under construction, the new fire station will host new and updated equipment and also the firefighters that will be stationed at Mykonos’ airport. The new building will be ready in October 2019.

The airport of Mykonos is one of the 14 airports that Fraport manages and operates in Greece.