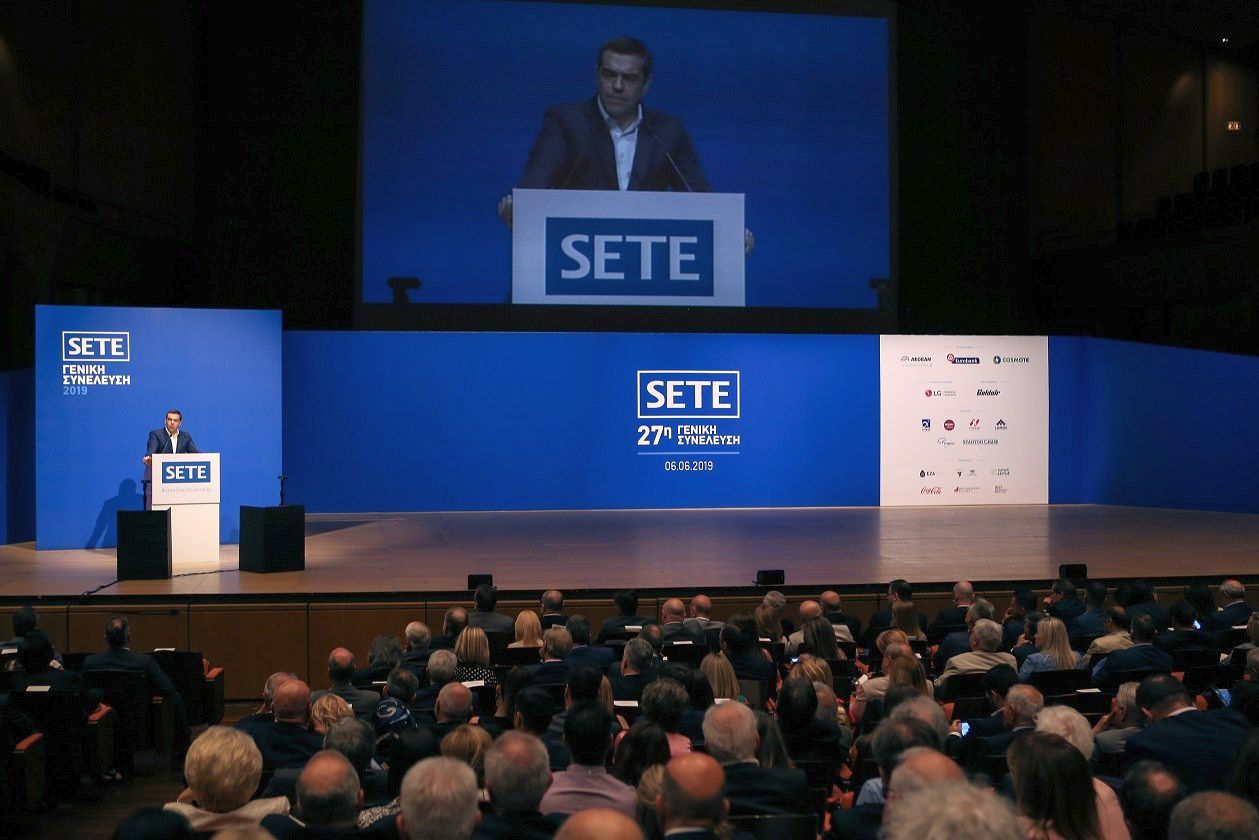 Greek Prime Minister Alexis Tsipras on Thursday – and one month before the country’s national elections – reminded the tourism sector of his promise to cut the value-added tax (VAT) rate charged on hotels in 2020.

Speaking during the 27th General Assembly of the Greek Tourism Confederation (SETE), PM Tsipras underlined the importance of strengthening Greece’s tourism product, following the record number of tourist arrivals that led the country to have a very strong brand name once again.

“Today, it is crucial to not simply preserve this historically unprecedented picture of Greece’s tourism, but to strengthen it even more,” he said. 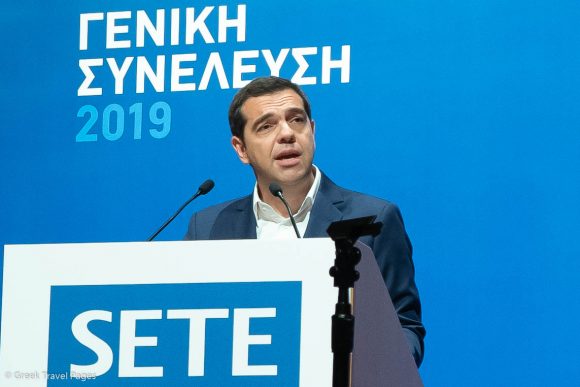 The PM then focused on the government’s support to the sector, which is based on decreasing taxes and boosting the country’s competitiveness; investing in infrastructure; and protecting the country’s natural wealth.

PM Tsipras reminded the tourism sector that last month the government reduced the value-added tax (VAT) on the food sector to 13 percent from 24 percent and plans to cut it further to 11 percent in 2020.

“And in 2020, the VAT on accommodation will drop from 13 percent to 11 percent,” he reminded, adding that the government is also increasing the depreciation ratio of investments to 150 percent.

Regarding infrastructure, Tsipras said that the government greatly supports the country’s airports and, among other projects, referred to Greece’s deal with Fraport to investment in the country’s 14 regional airports and the creation of a new airport in Kastelli, Crete.

During his speech, PM Tsipras pointed out that tourism did not follow the recession of other sectors during the crisis. 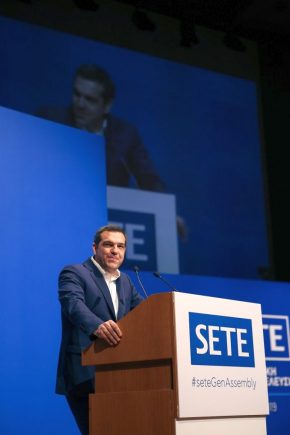 “From 2015 until today we, together, have managed to raise Greece and its tourism product to the top. We have managed to break one record after another in terms of arrivals to our country,” he said, underlining that the sector had exceeded its targets by far.

The Greek PM said he remembered back in 2013, at SETE’s 12th General Assembly, when the tourism sector set the target to reach 24 million arrivals by 2021.

“That goal was achieved much earlier… Last year, in 2018, the figure exceeded 33 million (international arrivals), which proves that the dynamics of the industry are huge and of course that the Greece’s brand name is once again very strong,” he said and referred to promising financial figures that arise from tourism activity.

According to the data mentioned by the Greek PM, in 2018, tourism investment reached 5 billion euros, from 3.4 billion euros in 2017 and leading to an annual increase of 46 percent. Investments in new hotel units and the renovation of older units in Greece reached some 2.2 billion euros. “This led the total contribution of tourism to the country’s GDP to reach 30 percent, which also counts the multiplier benefits generated by the sector,” he said.

Moreover, the Greek PM apologized to the audience of tourism professionals for having called national elections during the tourism season.

“We did not plan for this, you know that very well… However, the public’s verdict and democratic processes have to be honored and I am sure we will all make sure that this important issue for the country will not negatively affect the tourism season,” he said.