Athens Mayor George Broulias presents the master plan for the overhaul of the Moschato-Tavros old slauterhouse.

The municipalities of Athens and Moschato-Tavros have teamed up to convert a former slaughterhouse area in the suburb of Tavros into a 17,000m2 park set to breathe life into the rundown neighborhood along central Pireos Ave.

After two years of combined efforts, municipal authorities met last week to discuss the plan budgeted at 200 million euros and lay out the legal terms of the project which is set to contribute significantly to the quality of life of the area’s residents while at the same time open up investment opportunities.

The master plan for the project includes preserving the historic buildings on the premises which will host cultural and sports events, the construction of an underground parking lot, creativity centers, dining areas, a cinema and recreational spaces. 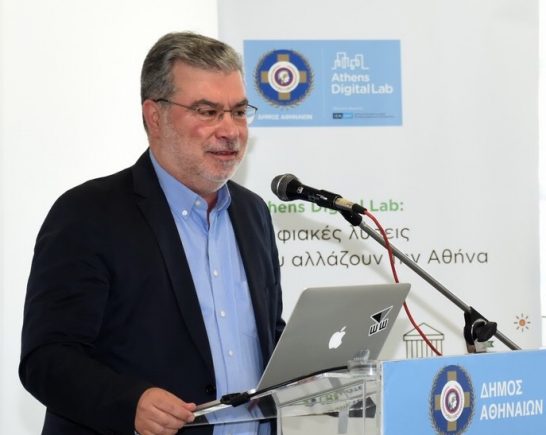 The project is expected to kickstart the regeneration of the entire area off Pireos Ave through public-private partnerships into a cultural-recreational hub that will serve as fertile ground for growth and investments.

“I am very pleased that a decade of dreams is now becoming a reality. A 17,000m2 area is now passing into the service of Moschato-Tavros citizens, breathing life into the entire region, upgrading the quality of life,” said Moschato-Tavros Mayor Andreas Efthymiou.

Moschato and Tavros are located South of Athens. Tavros, which has a metro station, was until 1934 considered a part of the Athens municipality. The area, where some of Athens’ first slaughterhouses were created, was named “Nea Sfageia”. In 1972, the community of Nea Sfageia, populated mostly by Asia Minor Greeks, became the municipal district today known as Tavros.