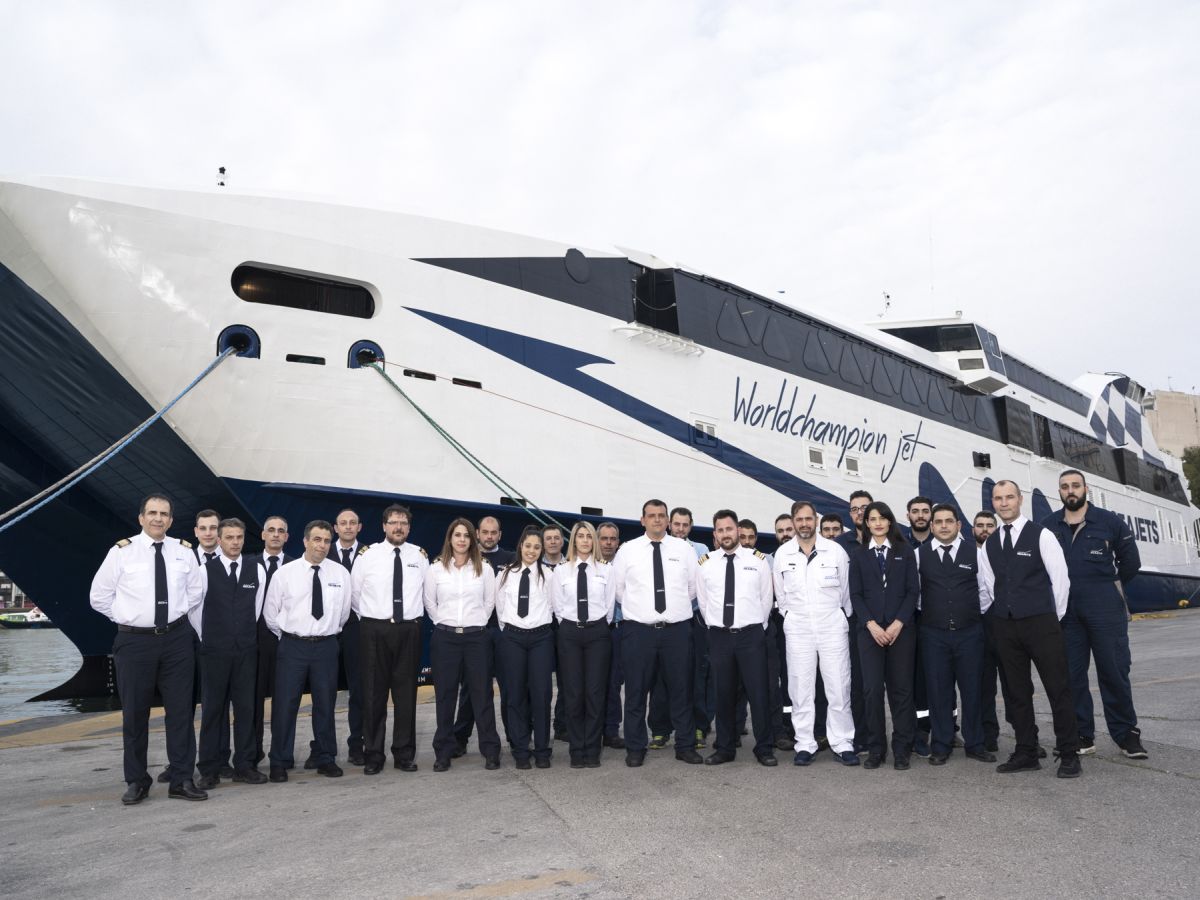 Greek ferry operator Seajets has officially welcomed the high speed WorldChampion Jet passenger ship to its fleet and opened new daily routes from Piraeus to the islands of Syros, Mykonos, Naxos and Santorini. 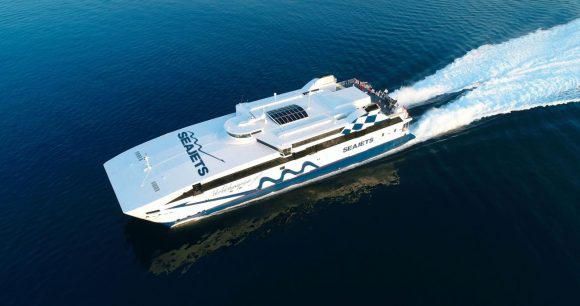 Built in Perth, Australia, by Austal Ships, the WorldChampion Jet has been included in the Guinness Book of World Records for its high speed.

The 88-meter long passenger ship includes two powerful General Electric LM 2500 gas turbines and can travel at a speed of up to 50 knots. The WorldChampion Jet can carry 1,300 passengers.

“With the addition of the WorldChampion Jet to our fleet, our network has further been upgraded to a significant extent,” Marios Iliopoulos, Head of Strategic Planning and Development at SEAJETS, said while presenting the ship during a recent event. 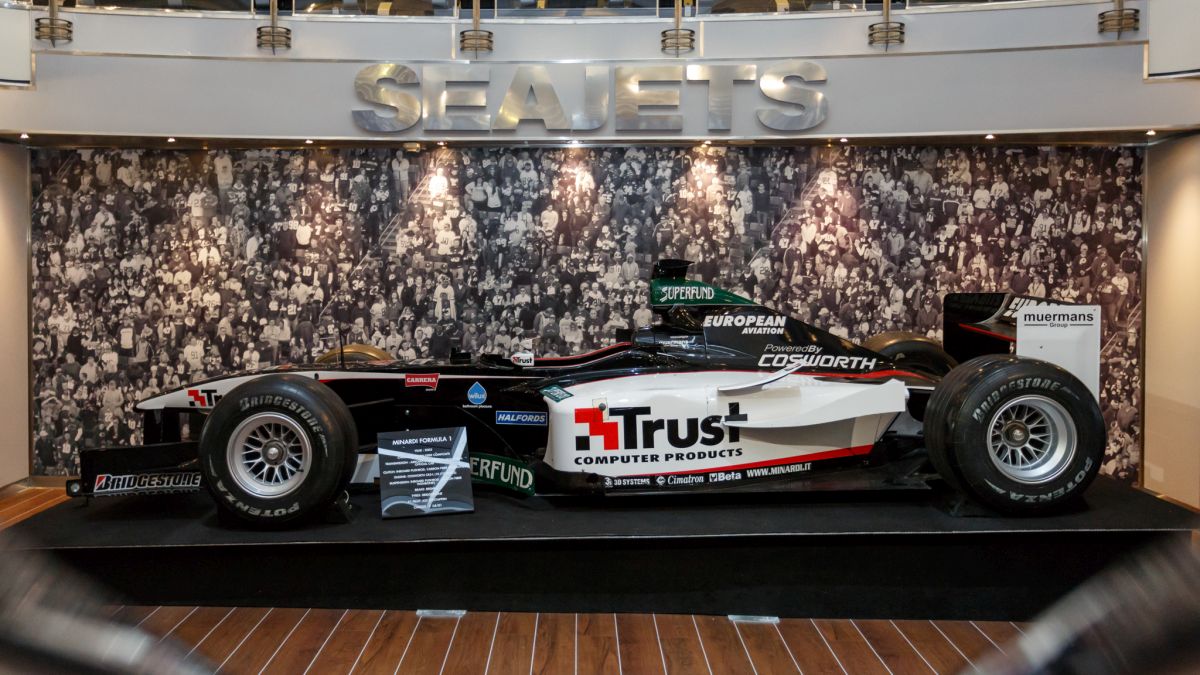 The interior of the vessel is influenced by the Formula One races and even includes a Formula 1 car – a genuine Minardi, driven by Jos Verstappen that appeared in races during 2003-2004 – in its central two-story atrium, which will accompany passengers of the WorldChampion during their trips to the Greek islands.

The fleet of Seajets now includes 16 high speed vessels and four conventional ships, serving a total of 29 ports and more than 260 interconnections in the Aegean Sea.

‘Be My Guest’ Expands Portfolio of Properties in Athens