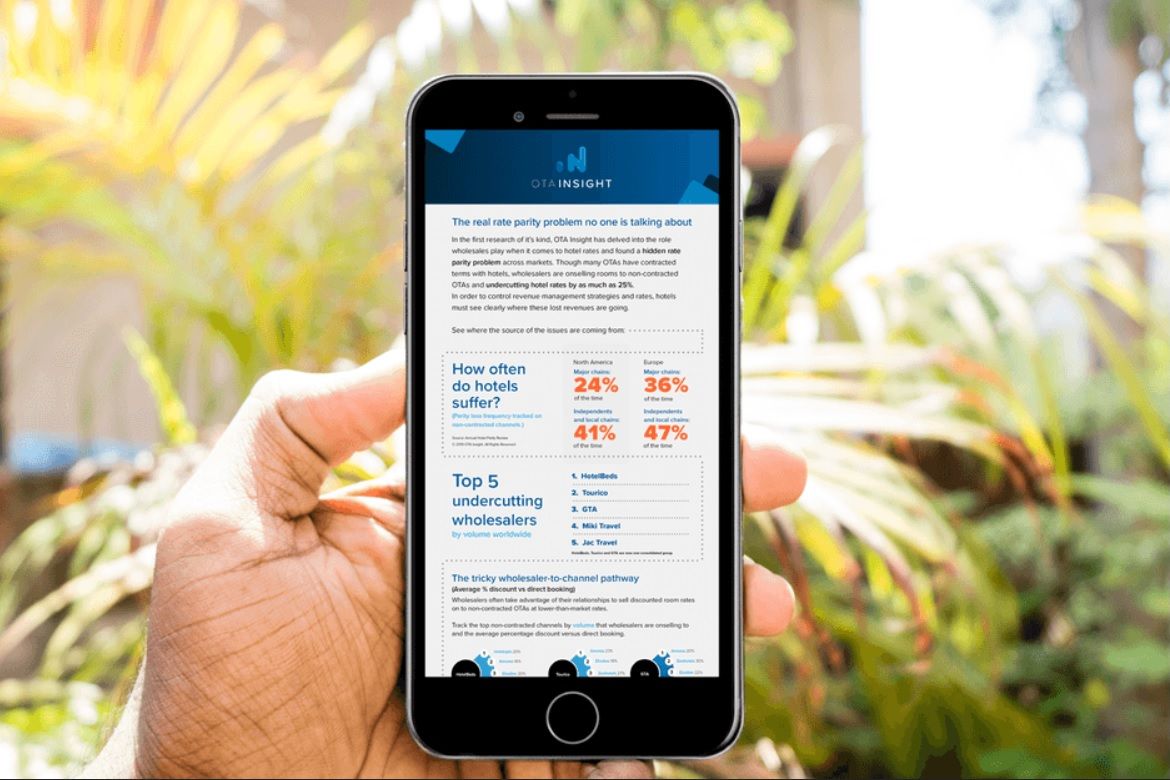 OTA Insight, the cloud-based data intelligence platform for the hospitality industry, recently announced key findings from its data-driven infographic “The Real Rate Parity Problem No One is Talking About”, along with the release of its Annual Hotel Parity Review.

Findings from the first-of-its-kind infographic outline key root issues surrounding rate parity for hotels, such as wholesalers that break the chain of contracts between hotels and Online Travel Agents (OTAs) by selling discounted rooms to non-contracted OTAs, effectively allowing them to undercut hotel room prices significantly.

“Rate disparity is a huge problem for our customers but it also impacts the major OTAs, so we wanted to shed light on some of the root causes,” said Sean Fitzpatrick, CEO of OTA Insight.

Additionally, the Annual Hotel Parity Review provides a benchmark for hoteliers to understand parity performance in different markets across Europe and North America.

“Our parity management tools, combined with our extensive data resources and in-house analysts, gave us a unique opportunity to provide a resource that illustrates the current landscape,” Fitzpatrick added.

Most hoteliers recognize that they need a diverse mix of distribution channels to maximize their reach. However, it is becoming increasingly apparent that third-party sellers are not playing fair, and as a result, many hoteliers are suffering from huge losses in revenue while also undermining their direct sales and marketing efforts. In fact, according to OTA Insight’s infographic findings, major North American hotel chains are negatively impacted 24 percent of the time by non-contracted OTAs, while major European chains are negatively impacted more than one-third (36 percent) of the time. Additionally, these figures are much higher for independent hotels and local chains.

The data highlights even more findings from OTA Insight’s own data that includes:
● Top 5 undercutting wholesalers
● Top non-contracted OTAs that wholesalers are on-selling to
● A spotlight on parity issues and its impact around the world

Along with the infographic, the company’s Annual Hotel Parity Review examined the European and North American rate parity trends for 2018. 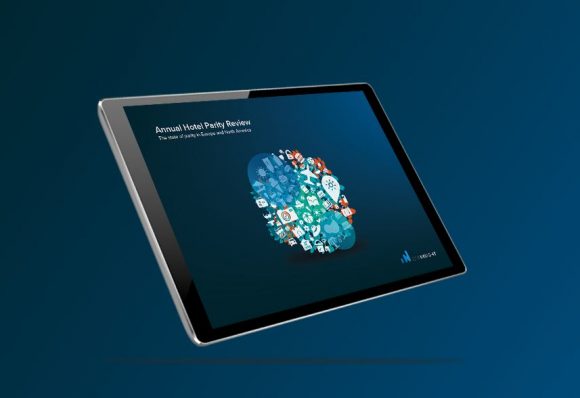 In line with OTA Insight’s mission to help the hospitality industry visualise and leverage data, the report provides visibility into the differences between major chains (based on nine of the leading global hotel chains within the hospitality market), and independents and local chains (a range of independent properties and local market chain hotels). This level of transparency to the market allows hoteliers to come away with actionable insights on parity, showcasing how it affects them and their properties.

The infographic findings were compiled from 2018 data generated from OTA Insight’s suite of parity management tools, which identify where there’s disparity, including which wholesalers are selling inventory to which non-contracted OTAs for a wide selection of hotels.