Air Canada Expands Presence in Athens, Hopes to Fly All Year Round 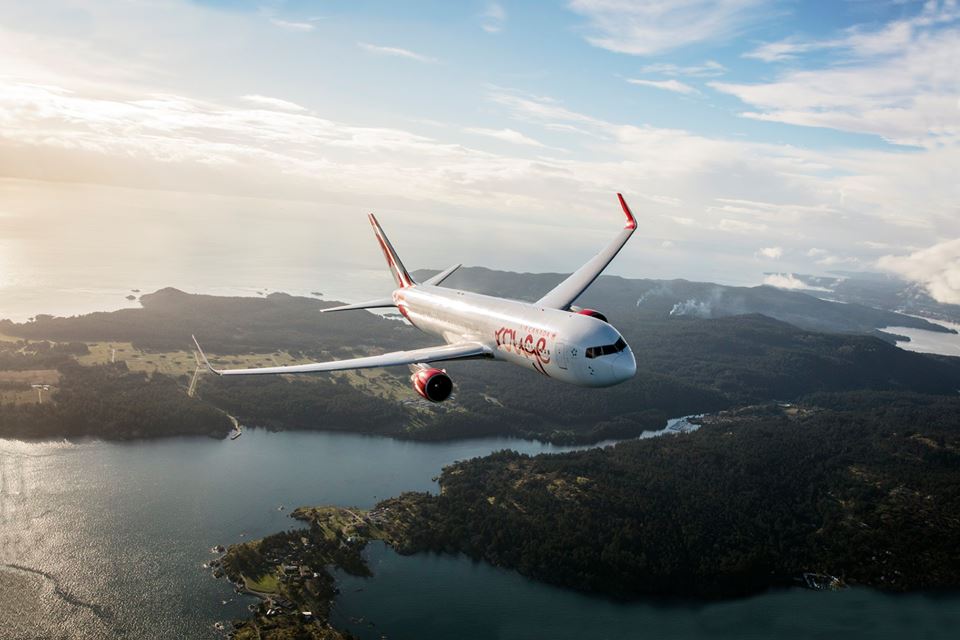 The new flights are an addition to the airline’s existing seasonal scheduled flights from Athens to Toronto (April 1 to November 17) and Montreal (April 6 to October 26), which operate on a daily basis. 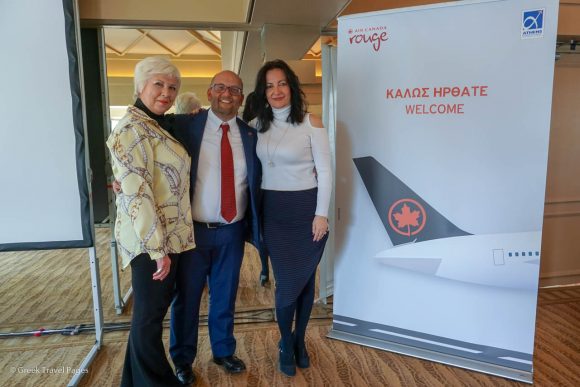 The additional services will be operated by the airline’s leisure airline, Air Canada Rouge, from June 24 until September 24.

Speaking during a press conference on Wednesday in Athens, the airline’s representatives underlined that Air Canada’s steady presence in Greece peaked in 2018, when its numbers were “extremely good”.

Last year, from April to November, Canada’s flag carrier flew 684 flights to and from Athens and transported some 175,000 passengers, boosting its capacity to 92 percent in the Greek market.

According to data, Air Canada’s market share from Greece to Canada is 74 percent, while the airline is the third preferred by the Greeks for travel to/from destinations in the United States.

Building on Air Canada’s current success in the Greek market, the new flights in Athens solidify the airline’s presence in the summer leisure market. 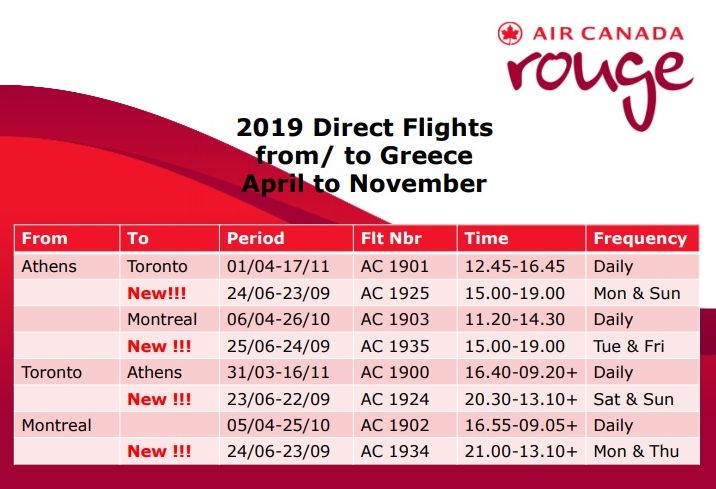 ‘We hope to be able to fly year round’

Commenting on the new flights during the press conference, the airline’s regional sales manager for Greece, Stefano Casaregola, said Air Canada this year was increasing its capacity in the Greek market by some 20 percent with the addition of the four weekly flights. 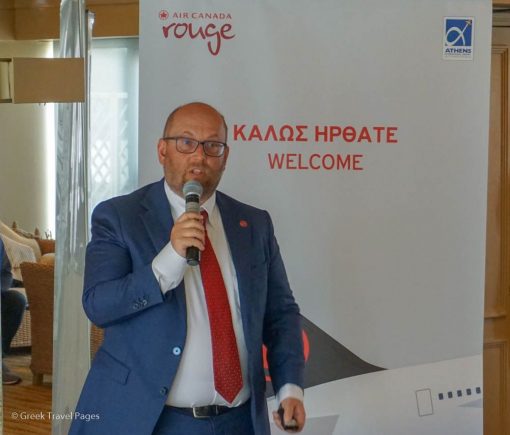 “We added this new service, which will fly on alternative days to Toronto and Montreal, and this fits Air Canada’s business expansion plan… From here until 2021, for Air Canada its about consolidating growing demand and investing in markets where we are already active and Greece is one of the most mature markets in that sense, with a very strong demand from North America – both Canada and the US,” he said.

Casaregola added that Air Canada sees its course in the Greek market going in the right direction. “So we will continue to add capacity, we will continue to extend our seasonality and hopefully soon we will be able to fly year round,” he said, referring to the Athens-Toronto route.

The new and enhanced services of Air Canada are expected to provide Greek customers greater comfort and choice, as well as the ability to conveniently connect onward through the company’s extensive North American and international network. 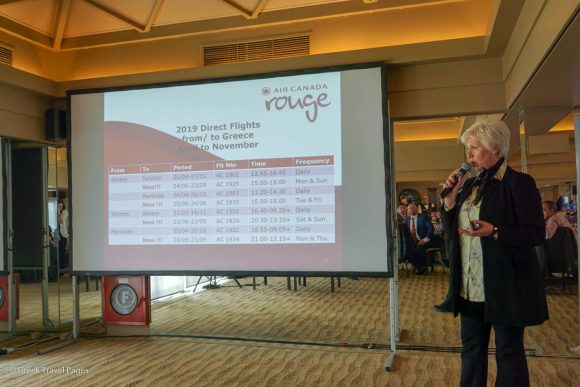 “The new flights give us the opportunity to offer more seats to the Greek market and also to promote the connections we have either from Toronto or Montreal to the US and the Caribbean,” said Air Canada’s Sapfo Triantari, sales & marketing manager Greece-Cyprus.

According to Triantari, customers traveling to the more than 60 destinations in the US via Toronto or Montreal can take advantage of preclearing US Customs and Immigration in Canada without needing to reclaim luggage until their final destination.

Canada’s flag carrier serves more than 220 airports on six continents and is among the 20 largest airlines in the world. Air Canada provides scheduled passenger service directly to 64 airports in Canada, 59 in the United States and 98 in Europe, the Middle East, Africa, Asia, Australia, the Caribbean, Mexico, Central America and South America. In 2017, Air Canada served more than 48 million customers.