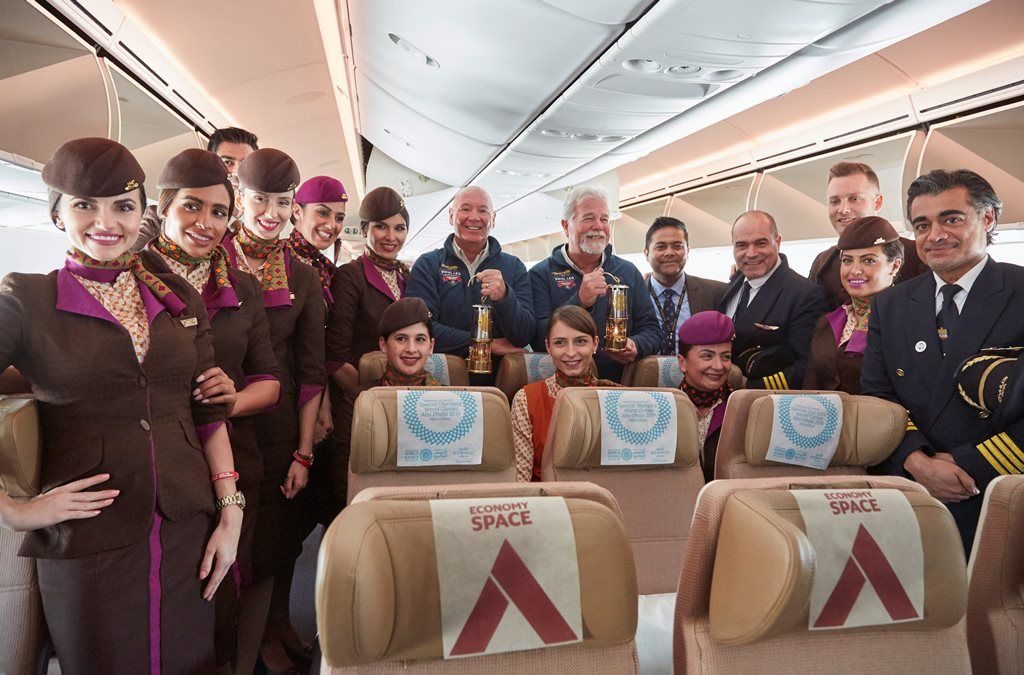 Guardians of the World Games Flame of Hope with captains and cabin crew on board Etihad Airways.

The flame was carried in a specially designed cradle on February 28 on a Boeing 787-9 aircraft sporting the airline’s new Special Olympics livery, which proudly displays the images of four UAE Special Olympics athletes along its fuselage. 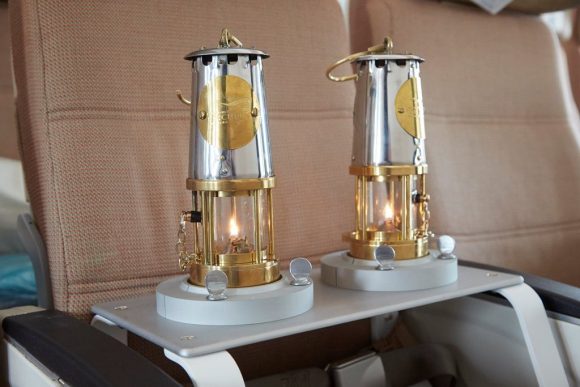 The Flame of Hope on board Etihad Airways.

The flight was flown by Captain Fouad Almarzouqi from the UAE, and Captain Spiridon Nakos from Greece. A symbolic arrival ceremony was held at Abu Dhabi International Airport’s VIP Terminal to celebrate the occasion.

The torch will be carried throughout all seven emirates of the UAE between March 4-13 before concluding its journey at the Opening Ceremony of the Games.

The arrival of the World Games Flame of Hope was preceded by a lighting ceremony at the Zappeion in Athens, led by Special Olympics Hellas and Torch Run International teams. Chaica Al Qassimi, UAE Special Olympics ambassador, then ran with the torch from Olympia to a special ceremony held at the UAE Embassy in Athens, hosted by Mohammed Meer Abdullah AlRaeesi, Ambassador of the United Arab Emirates to Greece, and attended by Etihad representatives and other specially invited guests.

Moreover, the new livery was unveiled at a special event held at the airlines’ Engineering hangar, to the delight of the four athletes who were present to see their images emblazoned across one of the airline’s Boeing 787-9 Dreamliners. 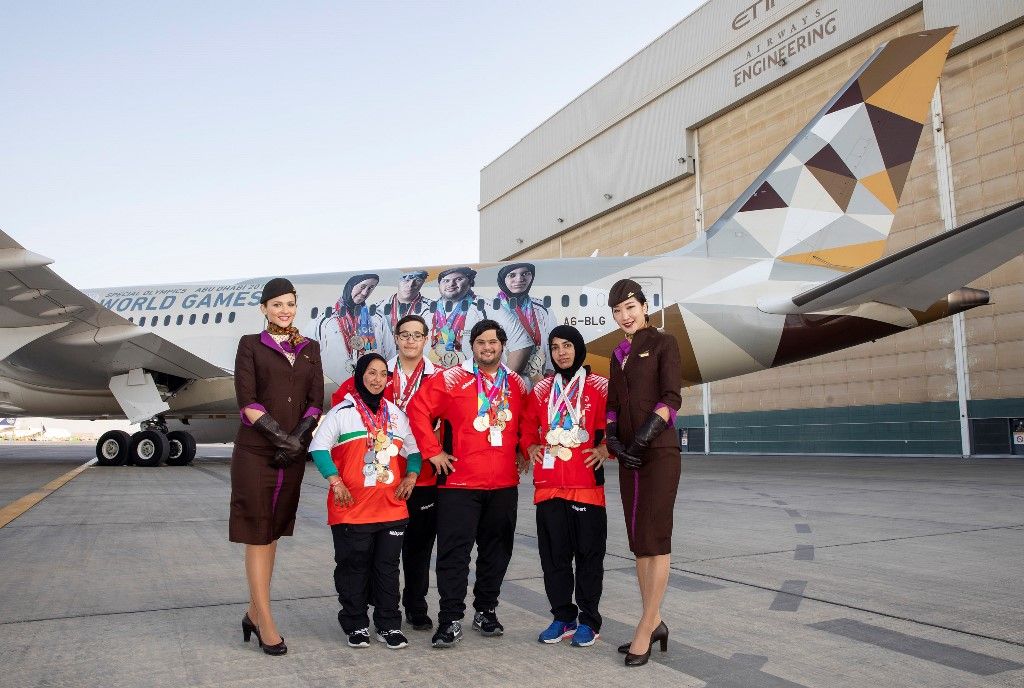 The four UAE athletes include swimmer Omar Al Shami, runner Hamda Alhosani and bowlers Saleh Almarri and Mariam Al Hosani. The special decal was designed and printed in-house by the airline’s own creative team and applied by technicians at Etihad Airways Engineering facilities in Abu Dhabi. 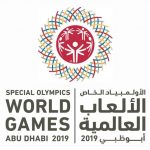 Taking place in the Middle East and North Africa region for the first time, this year’s Special Olympics World Games Abu Dhabi 2019 are expected to attract up to 500,000 spectators and will be the largest global event ever to be held in the UAE. Bringing together more than 7,500 athletes from over 190 nations, Special Olympics World Games Abu Dhabi 2019 is the largest sports and humanitarian event on the planet this year.

Etihad Airways will ferry athletes, equipment, coaches, dignitaries, and media to Abu Dhabi for the event. The athletes will be accompanied by 2,500 coaches and delegates.

Delphi Forum 2019: Economic Growth, Social Cohesion a Must for Greece