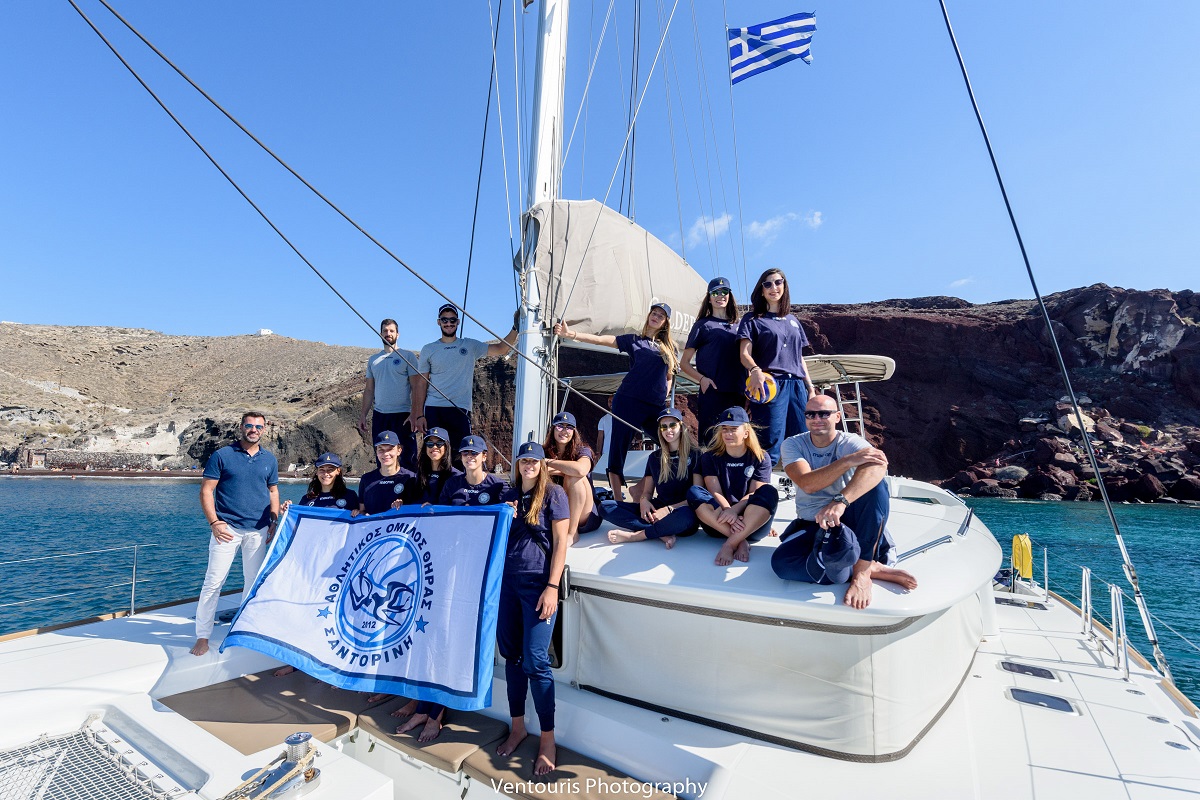 Caldera Yachting is once again the Gold Sponsor of the women’s volleyball team of Santorini’s Thira Athletic Federation (A.O. Thiras), as the company and the federation recently renewed their partnership for the 2018 – 2019 period.

Skopelitis and Yiannis said these principles would support their efforts to maintain a leading position, each one in its own “playing field”. 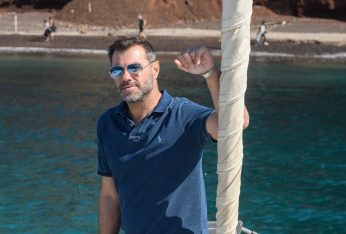 “Since its establishment in 2012, the Thira Athletic Federation has created a remarkable team and further promoted the sport in the region, also attracting the interest of children.”

The women’s voleyball team has managed to progress from the local Cyclades League to the Women’s A1 National Class.

Caldera Yachting has been operating on the island of Santorini since 2009, offering yachting services, and supporting local initiatives and activities which promote the island’s development, social responsibility, healthy standards and sports in the region.