Greece is fifth among ten countries that have seen the greatest growth in flight bookings from travelers in Italy in the last 12 months, according to analysis conducted by Travelport, a leading travel commerce platform. 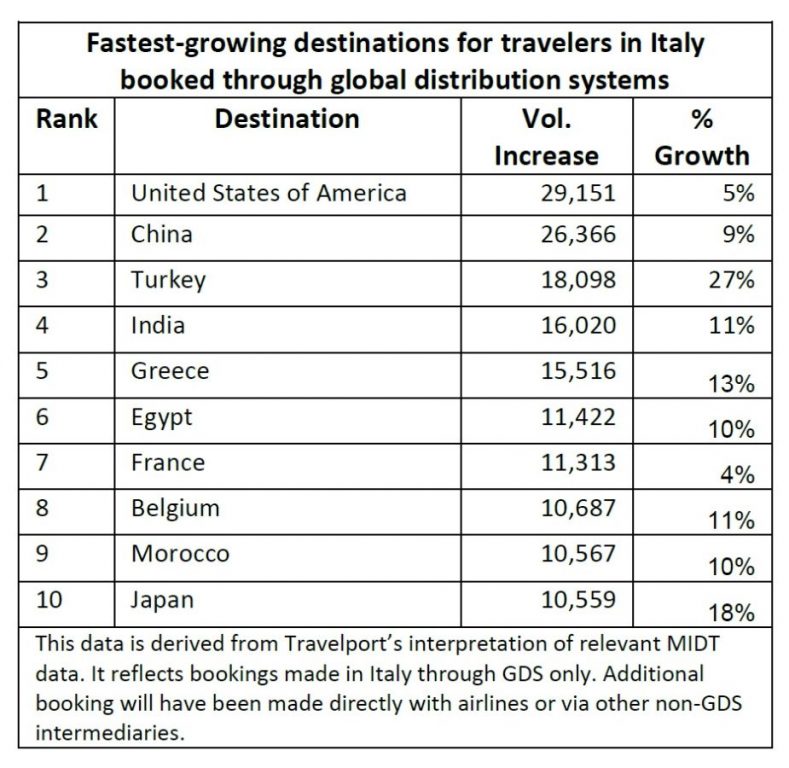 Before Greece, the fastest-growing destinations for travelers in Italy booked through all GDS are the United States of America (USA), China, Turkey and India.

“It’s interesting to see that flight bookings to the USA and China, two of Italy’s top trading partners outside of Europe, have grown so significantly over the past year,” said Sandro Gargiulo, Travelport’s Country Manager for Italy and Malta.

Referring to Turkey, Gargiulo said that the growth from Italy to Turkey has been helped by the increasing number of short, affordable and direct flights to the country.

“Travelport has invested significantly in developing cutting-edge analytics products for travel agents and airlines because we recognize the impact they can have on their revenue,” Gargiulo said.

“Even relatively straight forward booking analysis, like we have done here, can help travel agents evolve the packages they offer in line with traveler demand and support airlines in identifying needs to increase or decrease flight capacity on certain routes.”

Later this week, Travelport will hold its exclusive Travelport LIVE Europe event in Rome. The event will bring together over 200 business leaders from across the region to discuss the challenges and opportunities disruptive technologies, like big data, pose to the travel industry in Europe.