Crete Region Teams Up with German Minister for Tourism Promotion 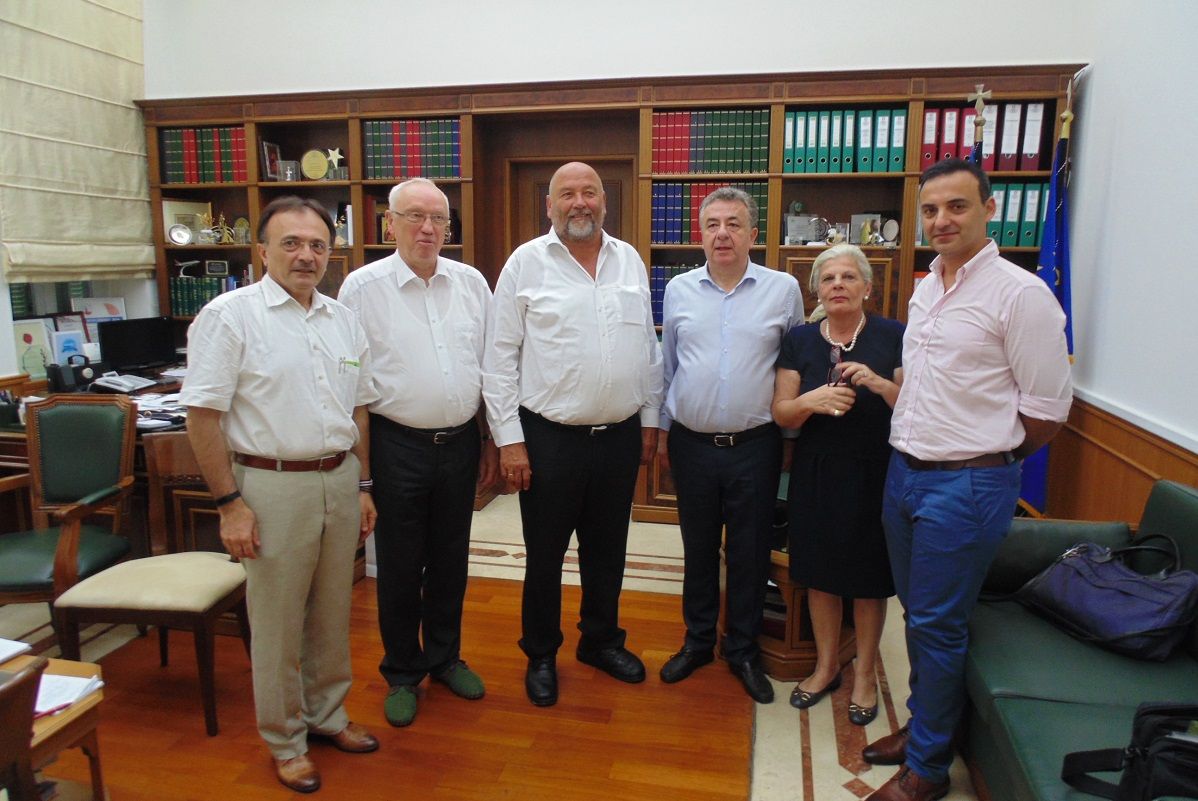 As part of its ongoing efforts to increase inbound tourism from Germany, the Region of Crete announced last week that it would be hosting the German-Greek Assembly (DGV) in Hersonissos on Crete, on November 1-3.

The announcement followed a meeting between Crete Governor Stavros Arnaoutakis and Minister for Economic Affairs, Employment and Health for the federal state of Mecklenburg-Vorpommern, Harry Glawe, who visited Crete this week.

Topics on the agenda included strengthening tourism flows to Crete, promoting Cretan cuisine and diet, and exchange in education.

The two officials also announced that Crete would be the official partner of the Northern German federal state of Mecklenburg-Vorpommern at next year’s ITB Berlin, with the aim to further stimulate tourism ties between the two regions.

More than 1 million travelers are expected to visit Crete this year, according to Arnaoutakis, who added that in Berlin next year, the two men will hold a joint press conference during the ITB for the “promotion of the two regions, the strengthening of relations, the further development of the tourist flows to Greece, the promotion of Cretan cuisine and diet in Germany”.

“Crete is a very important tourist destination for the Germans. The island is beautiful, well known, and dear to the Germans. We discussed the issue of expanding cooperation in tourism and education,” said Glawe.

Qatar Airways’ Airbus A350-1000 Lands in Athens for First Time