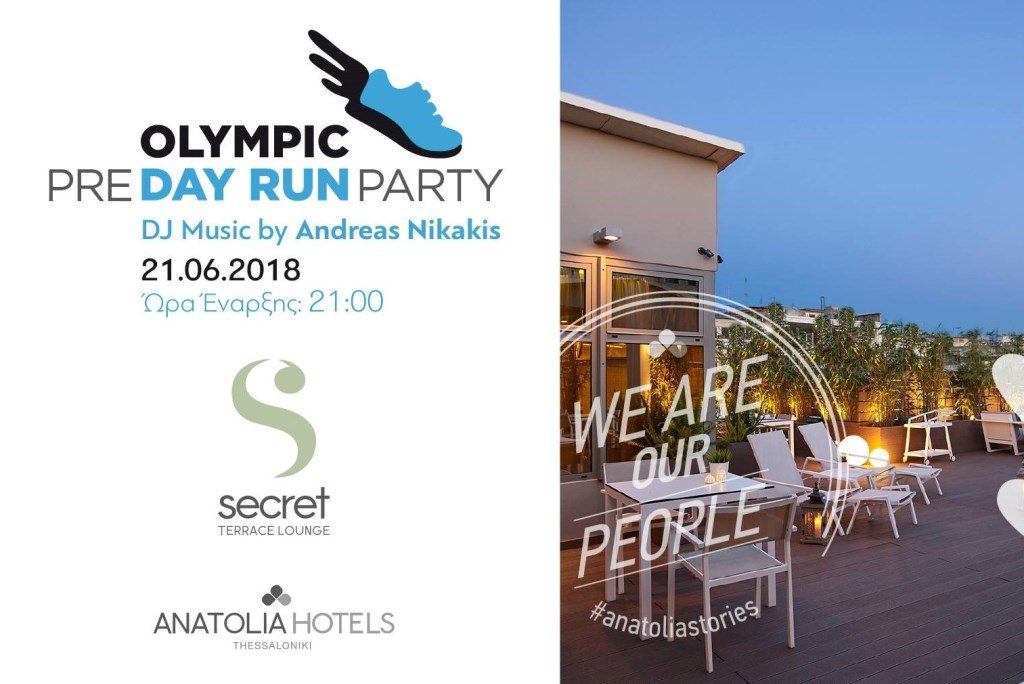 The Anatolia Hotel in Thessaloniki on June 21 will throw a summer “Pre Day Run Party” at its Secret Terrace Lounge to welcome the 1st Olympic Day Run.

Greek Dj Andreas Nikakis will be on the decks while refreshing drinks and cocktails will be available at the bar.

The 1st Olympic Day Run is organized by the Olympic Museum-Protergia in collaboration with the Hellenic Committee and the Hellenic Olympic Academy to celebrate the International Olympic Day.

More than 200 countries, members of the Olympic Movement and over 4 million people, participate in this worldwide celebration that intends to communicate sport at the core of mental and physical wellness.

“A Night in Havana” Party at Hilton Athens’ Galaxy Bar