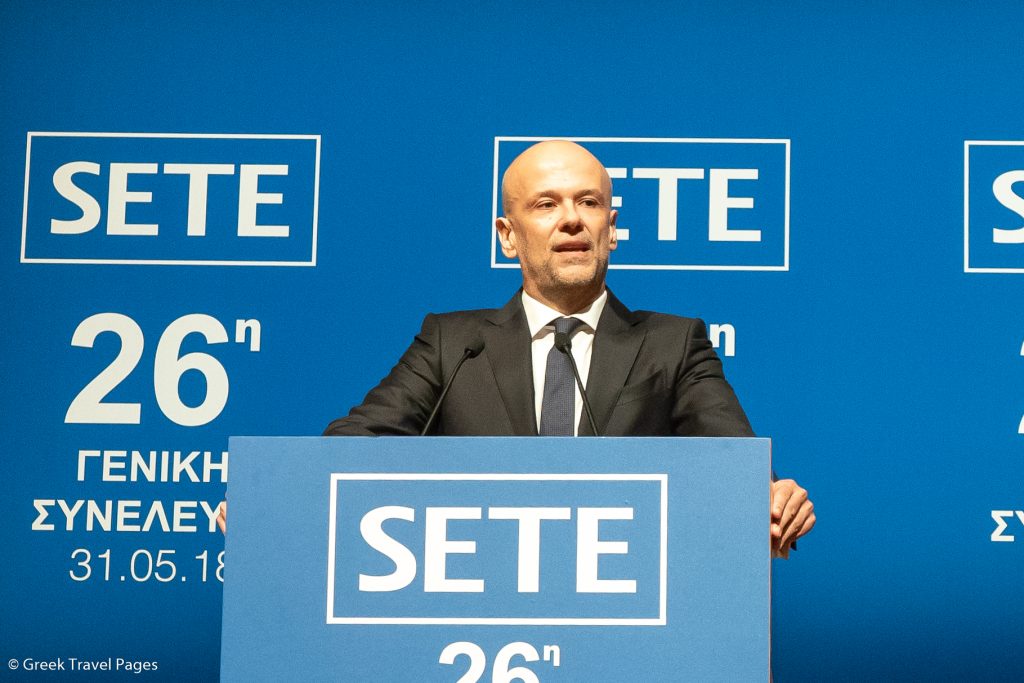 The Greek Tourism Confederation (SETE) on Thursday expressed its wish to have a more active participation in Greece’s new development plan where tourism is concerned.

“In the eight years of the crisis, the revenue that came into the country by foreign tourists who visited Greece – direct travel receipts – reached 100 billion euros according to the official data of the Bank of Greece,” Retsos informed the Greek PM.

“100 billion euros! That is the huge economic dimension of tourism,” he underlined.

Retsos also provided data on tourism’ progress last year, which saw inbound tourist traffic grow by 7.4 percent to 30.1 million tourists and revenue from abroad up by 11.4 percent or 1.45 billion euros, compared to 2016.

“This (tourism) is the strong advantage that our country has in order to be able to stand when the support program expires in August… But this advantage needs strengthening and further development,” Retsos said.

“We need more and meaningful dialogue, greater and more active participation in the the country’s new development plan and of course a framework of principles that governs a modern national tourism policy,” he added.

Retsos then listed 12 specific steps Greece’s development program for tourism should include:

• Political and economic stability, as an obvious and necessary prerequisite for growth,
• A central coordination scheme for synergies and collaborations between all stakeholders,
• Reduction of tax rates and (finally) a stable tax framework,
• The operation of a flexible financial system,
• Specific measures to combat bureaucracy that works so negatively in attracting foreign businesses,
• Creation of a national spatial framework and a clear framework of land use,
• Policies to support investments and attract capital,
• Support to tourism entrepreneurship with specific measures and incentives, especially new entrepreneurship,
• Ensuring legal certainty,
• Environmental protection and sustainable tourism development,
• Growing a new strong tourism mentality,
• Upgrade of brand name Greece and promotion of Greek destinations by highlighting their comparative advantages.

“We (the tourism sector) are ready to actively and decisively participate in such a process,” SETE’s president said.

Ministry: Program for Greek Tourism Businesses to Operate All Year Round

WTTC and IATA Join Forces for Biometrics Use