2018 will be Best Year in History of Greek Tourism, Says PM Tsipras 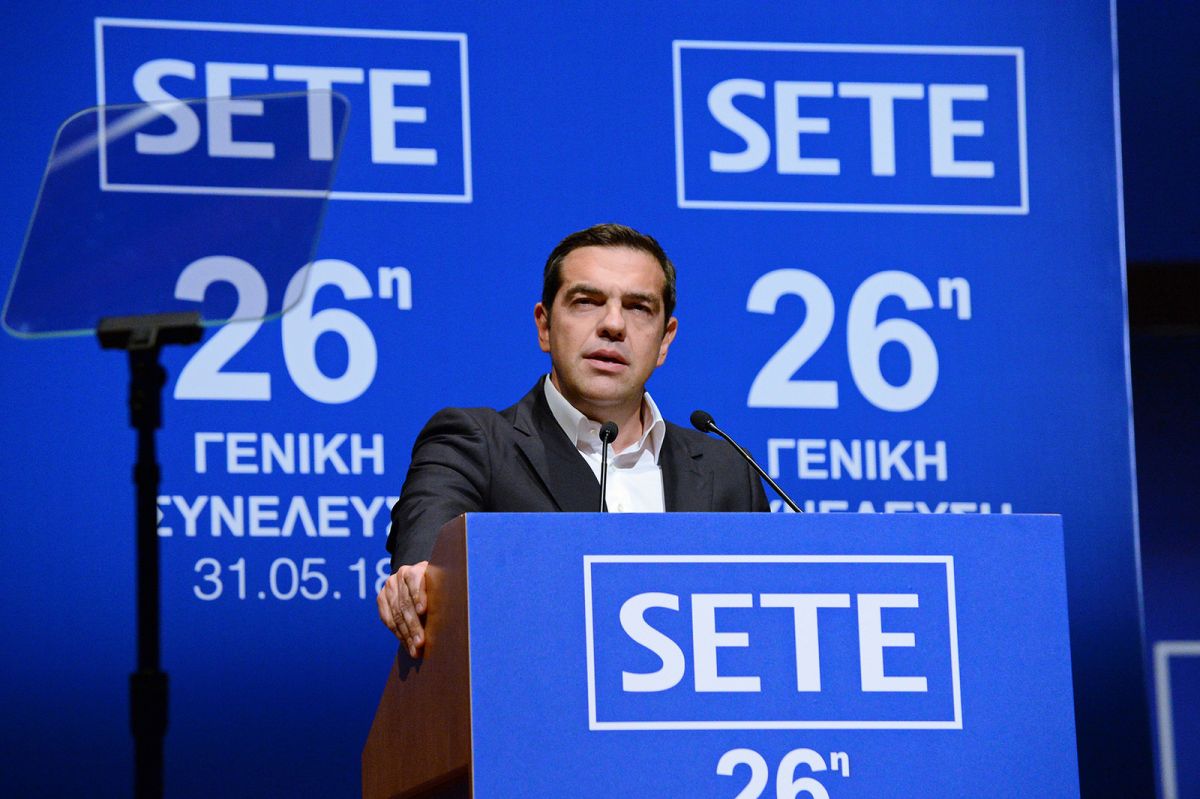 Prime Minister Alexis Tsipras on Thursday said 2018 will be the best year in the history of Greek tourism and listed a series of actions the government has planned to boost the sector further. 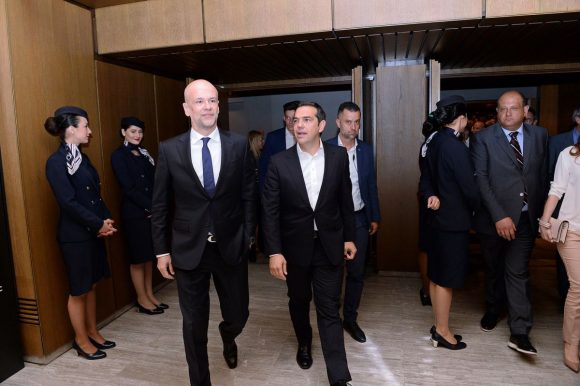 “We are expected to once again break the record for Greek tourism this year, with expectations referring to some 32 million foreign visitors,” the Greek PM said during the 26th General Assembly of the Greek Tourism Confederation (SETE).

According to PM Tsipras, the latest tourism receipts suggest that already the incoming tourist traffic to Greece is up by 12.8 percent compared to last year.

He also noted that tourism may have been the only industry that resisted the sweeping wave of the deep recession that hit Greece and managed to grow.

PM Tsipras assured the audience of Greek tourism professionals that considering Greece continues to exceed expectations in the economy, the government plans to reduce taxes for businesses – including those in tourism – and citizens. 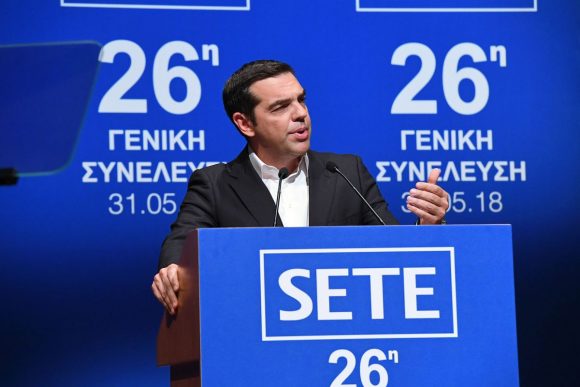 “Αusterity is ending and the possibility to expand begins in 2019. This means the opening of possibilities for gradual but substantial tax relief for households and businesses,” he said.

The prime minister also referred to the government’s development plan, an effort of the Greek finance ministry to map out the next steps as the country prepares to exit its fourth and final bailout program in August.

“In our holistic development plan for growth in the post-memorandum era, tourism is indeed one of the comparative advantages of the country, along with shipping, culture, agriculture, industry, pharmaceuticals and research,” he said.

Furthermore, the Greek PM listed a series of actions related to tourism for 2018-2019:
• Improving the competitive framework for attracting investment in the tourism sector by improving the spatial planning, licensing and tax incentives
• Designing and developing a modern system of public tourism education and the linking of educational programs with the labor market,
• Creating a digital ecosystem for Greek tourism based on four strategic pillars:
1) the digital conversion of services to citizens and companies,
2) the digital upgrading of tourism education,
3) the integrated system for the collection and processing of information and
4) the use of new technologies to promote tourism
• Modernizing public infrastructure in tourism such as airports, harbors and marinas
• Regulating short-term accommodation bookings made through online platforms (Airbnb-type rentals)
• Developing a very ambitious policy framework to promote Greece as a film destination, which is expected to produce multiple benefits to the promotion of the Greek tourism product.

When referring to the Airbnb-type rentals, the Greek PM said: “The legal framework was completed in 2017 and the control mechanism will come in force during this year.” 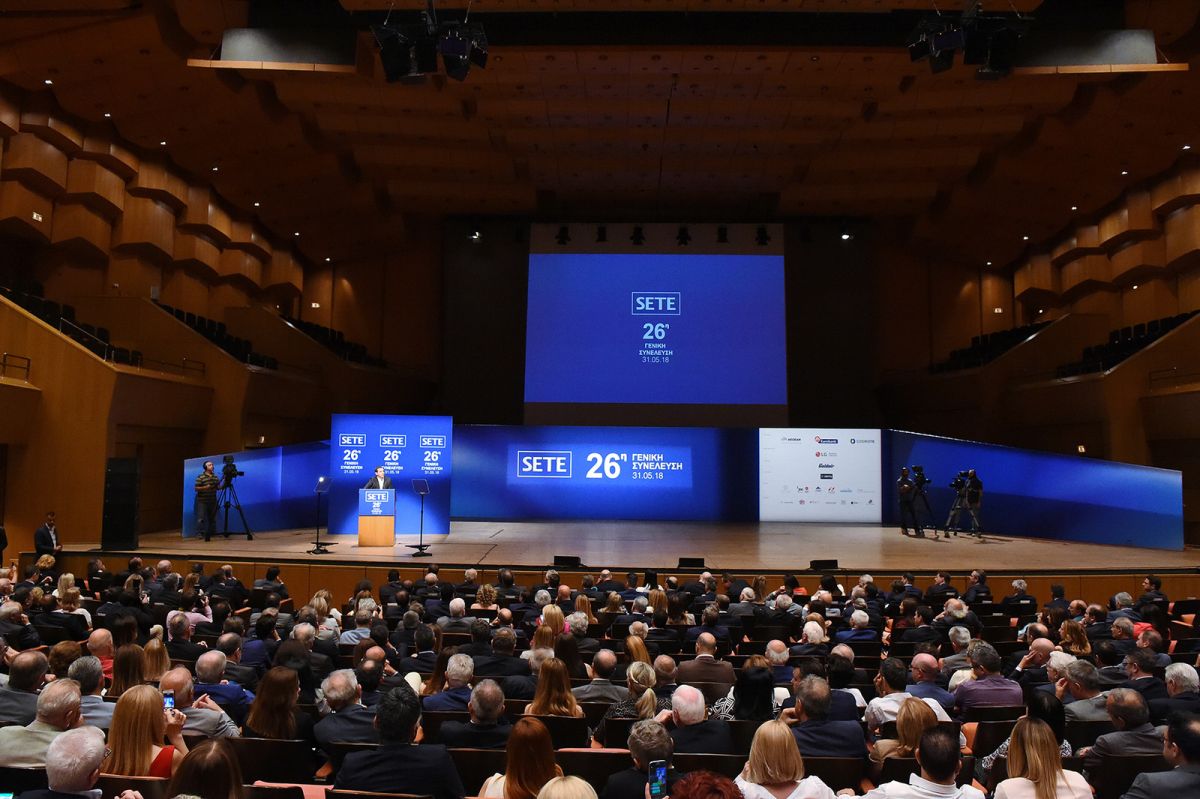 Regarding Greece’s exit from the bailout program in August, the Greek PM seemed optimistic.

“In less than a month, we will have finished with the latest pending details of the fourth review and thus with the completion of (our) obligations resulting from the third and final program,” he said, adding that the government was working hard for this purpose so that in mid-June the latest draft law on the final prerequisites will be ready.

According to PM Tsipras, by the end of June, the processes for the final decisions to lighten the weight of the Greek debt will have been completed.

“So we expect a deal …with an ambitious perspective and tailored to the long-term needs of the Greek economy. An agreement able to convince the markets and the international community that Greece is returning dynamically and with honors to the global economic system,” he said.