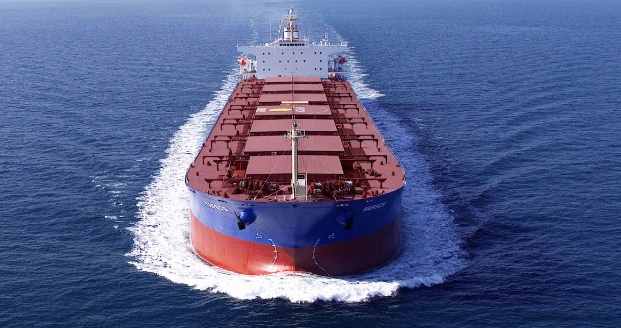 In view of the upcoming Posidonia 2018 shipping exhibition, online valuation service VesselsValue recently released a snapshot of Greek shipping and its protagonists, who have consistently maintained the lead in the international shipping industry.

Running June 4-8 at the Athens Metropolitan Expo, the Posidonia exhibition once again is expected to attract the interest of the world shipping community. 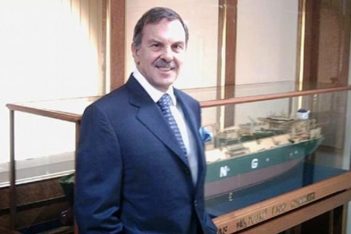 According to VesselsValue, John Angelicoussis remains the most powerful Greek shipowner with a fleet of 129 ships and a total value of $7.60 billion. George Economou ranks second with a total fleet value of $7.17 billion (142 ships) and George Prokopiou comes in third with a fleet value of $5.63 billion (119 vessels). The fourth and fifth places are occupied by Peter Livanos and Nikos Martinos, with their fleet values reaching $2.70 (21 ships) and $2.49 billion (86 ships), respectively.

VesselsValue also revealed that the LNG tanker Fedor Litke is the most valuable ship in the Greek fleet, reaching $ 277.54 million. The ship is managed by Dynagas Holding Ltd and was built in 2017 in South Korea. 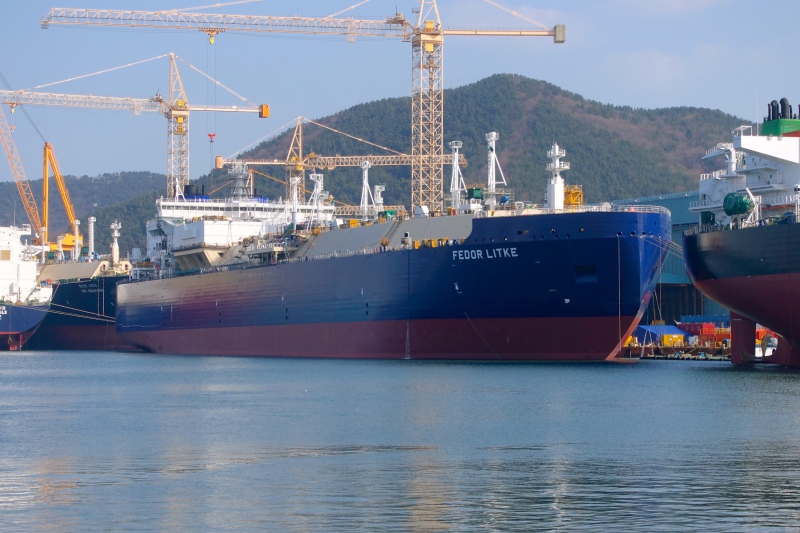 Greece has most valuable fleet

According to VesselsValue figures, Greece still has the most valuable fleet in the world and leads the top shipowning nations by value list. 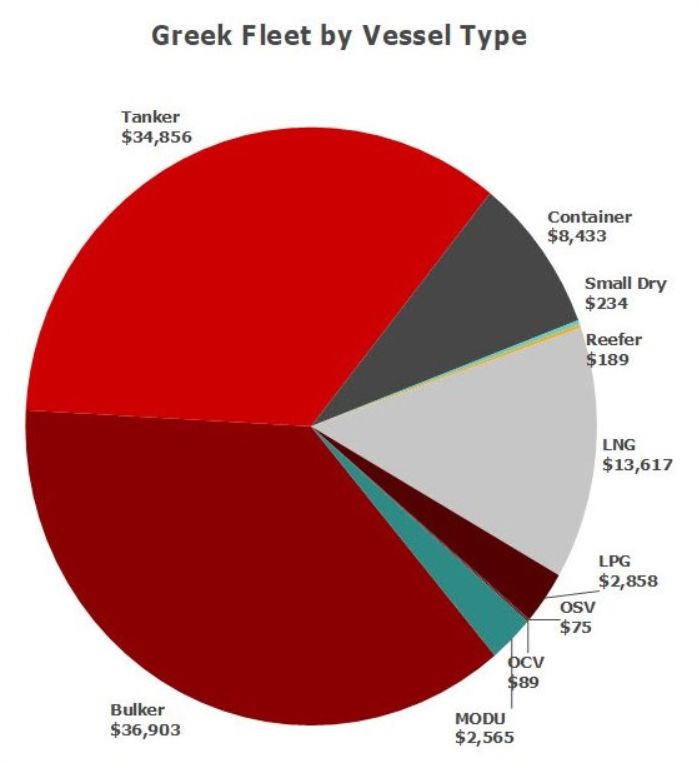 The dominant position of Greek shipping in the global industry is also shown by the fact that in the past two years, since the last Posidonia exhibition, Greek shipowners ordered the largest amount of newbuilds by value of $8,92 billion.

Greece is followed by Japan and China, with the value of newbuilds reaching $7.70 billion and $6.58 billion, respectively.

VesselsValue is an online valuation, AIS and market intelligence service for the maritime and offshore sectors. 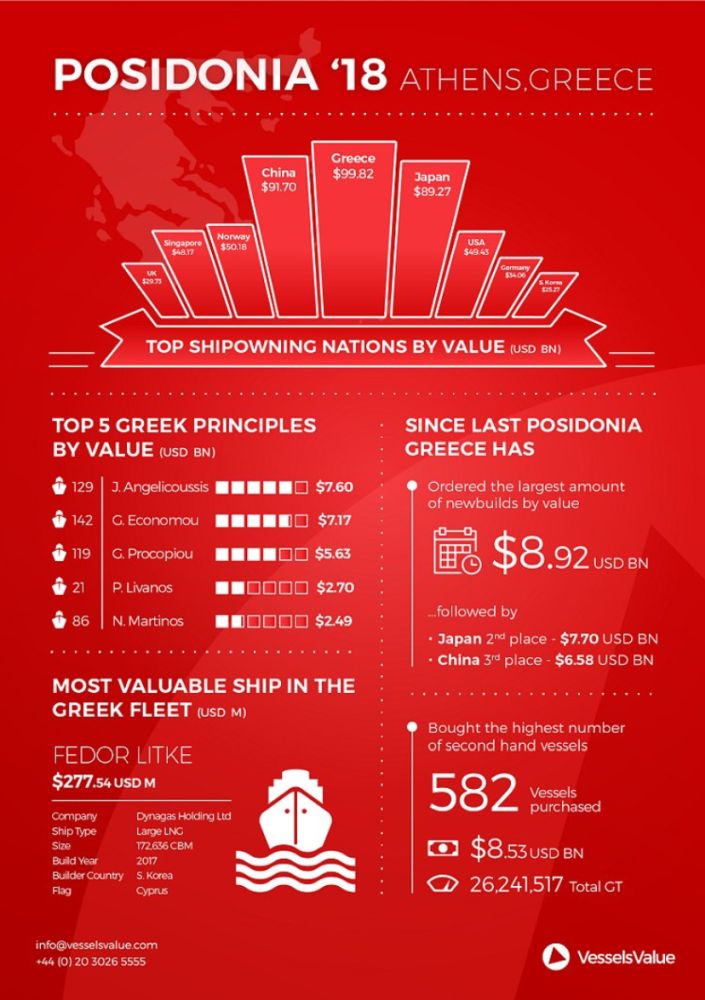