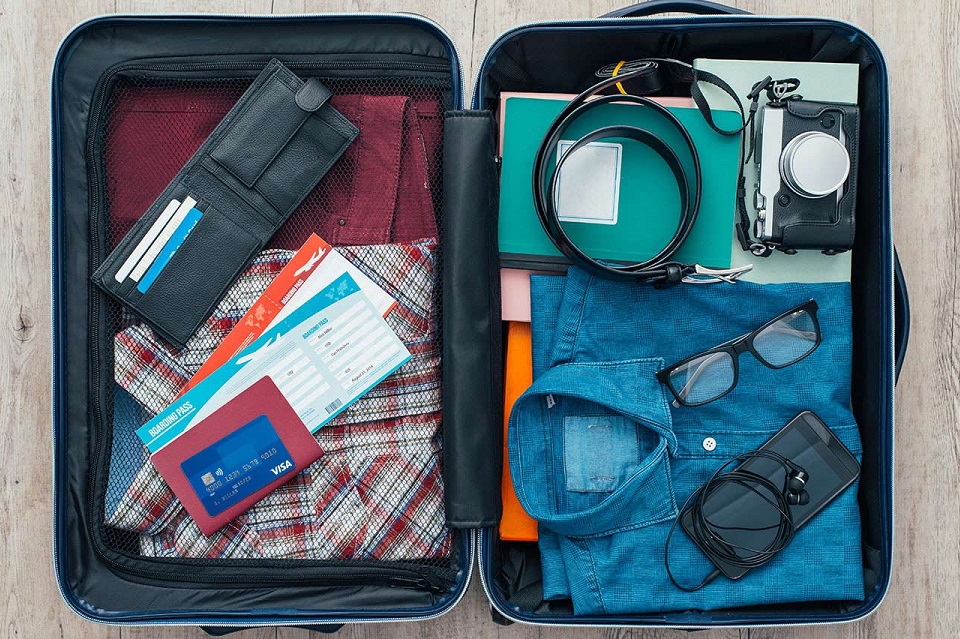 People are traveling more but trips are getting shorter, travelers are using more technology to plan their trips and navigate destinations but still prefer to pay in cash. These are some of the latest travel trends according to VISA’s Global Travel Intentions Study, which was recently released. 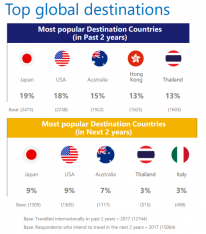 The VISA report examines international travel trends and behavior of more than 15,000 global travelers from more than 27 countries and territories.

According to the findings, 83 percent of travelers used technology to plan and navigate destinations in 2017 compared to 78 percent in 2015, 88 percent went online while abroad, while almost half (44 percent) use ride-sharing apps to get around.

Some 77 percent still prefer to use cash when making purchases.

As for duration of trips, the global average is eight nights, down from 10 nights on average in 2013, but people are traveling more from the average 2.5 trips in the past two years to 2.7 trips in the next two years, while 11 percent travel to many countries at the same time.

Japan, the US and Australia are the most visited countries with Americans preferring travel to continental Europe. 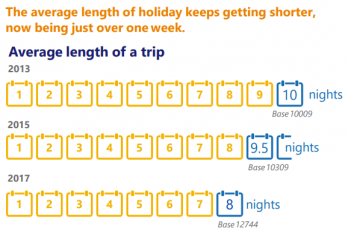 The world’s top spenders are the Saudi Arabians followed by the Chinese, Australians, Americans and Kuwaitis. The average global traveler spends 1,793 dollars per trip.

According to the study, the main reason for anxiety while on holiday is loss of cash or theft.

Some more travel trivia according to VISA: 72 percent exchange currency before take-off, 87 percent return home with leftover cash but only 29 percent convert it back, more than one in 10 make an ATM withdrawal at their destination.

Lufthansa Takes to the Skies with New Livery