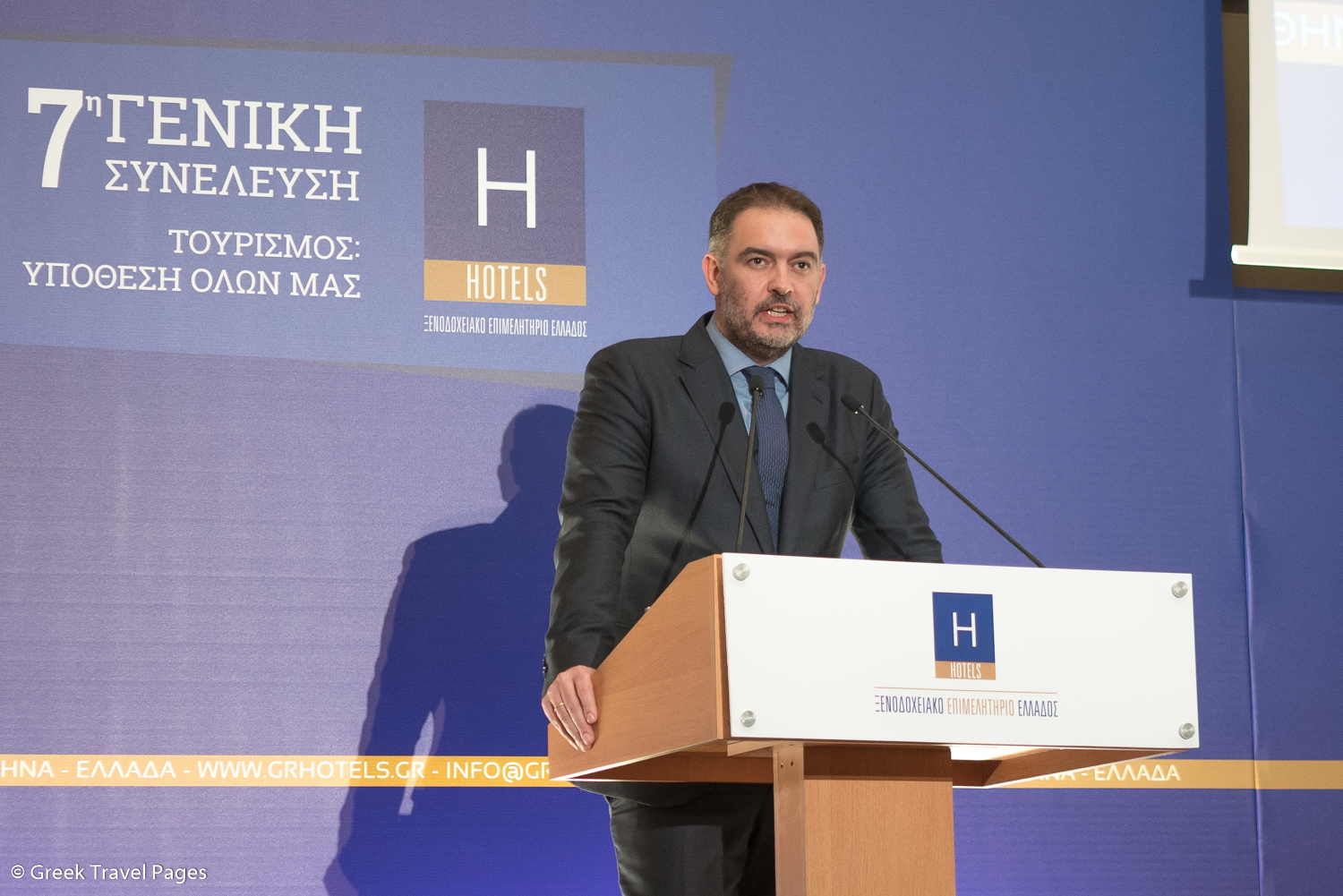 In times of crisis, the Greek hotel sector has evolved into the driving force of the economy, creating jobs and injecting state coffers with funds, Hellenic Chamber of Hotels (HCH) President Alexandros Vassilikos said during the 7th HCH general assembly held at the Metropolitan Expo in Athens on Friday.

Over 950 hotel owners participated in the assembly which was also attended by Tourism Minister Elena Kountoura and focused on the challenges, pending issues as well as on data of the sector’s performance in 2017.

“During the crisis, the Greek hotel sector became the driving force of the economy, reinforcing other sectors, such as primary production, and contributing to extroversion and the placement of quality Greek products on major international markets,” Vassilikos said referring to the ongoing chamber’s Greek Breakfast initiative among others.

Vassilikos underlined that the sector can continue its positive role towards growth only if the government takes actions that strengthen rather than impair its dynamic. He referred to five key issues which must be addressed immediately so as to “unlock the sector’s full potential”: overtaxation, unfair competition due to short-term rentals, improvement to infrastructure, rebuilding trust between hoteliers and banks and investments.

When referring to improving Greece’s tourism infrastructure, Vassilikos underlined that it must become a top priority of the next period.

“Infrastructure is very important for tourism competitiveness and above all for targeting and attracting upper class visitors from all over the world,” he said.

As an example, the chamber’s president mentioned that Greece only has seven golf courses while Spain has 349.

“It is clear now that we have to use all available financial tools where they can really give growth potential with wider benefit to the economy and society,” he said.

According to Vassilikos, goals for the year ahead, include focusing attention on reorganizing HCH administration, strengthening communication with its members, increased participation in setting out national hotel policy, and improving and enriching the Greek hotel product.

During the same event, findings on Greek hotel performance in 2017 were presented as part of the annual Institute for Tourism Research and Forecasts (ITEP) study.

The hotel chamber’s assembly took place on the opening day of the 13th International Hotel, Restaurant and Cafe Show HORECA.